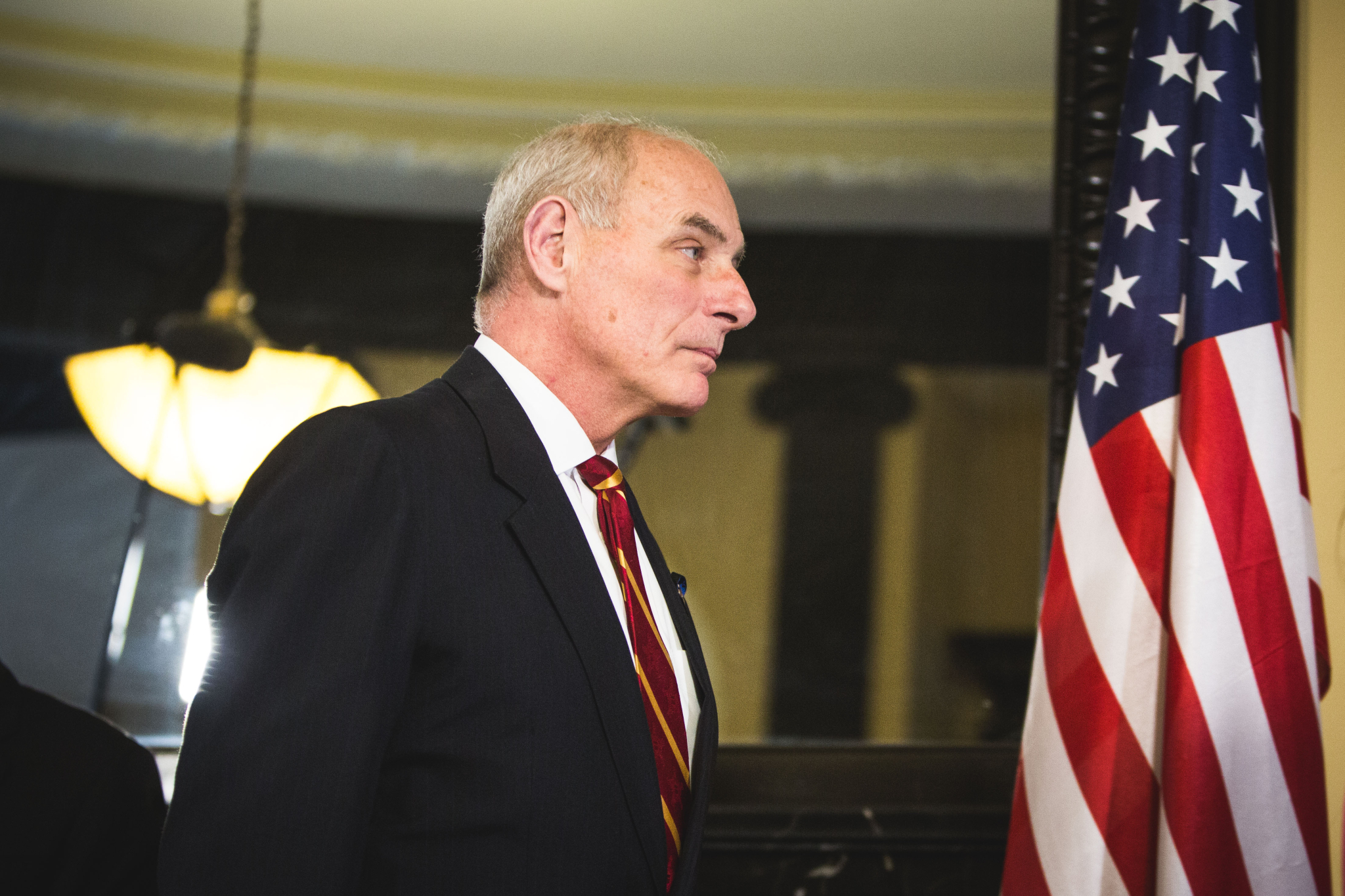 U.S. Homeland Security Secretary John Kelly offered more soothing words Wednesday for Canadians concerned about border security when he appeared before a Senate committee and was asked what concerns he had about security along the Canada-U.S. frontier.

Kelly replied that he's not as concerned as he is with the southern border with Mexico and would actually like to see the northern border "even thinner," reiterating comments he made during a visit to Ottawa last month.

The questions to the retired Marine general were posed by a couple of senators from border states who have been known to call for more stringent security, including Montana Democrat Jonathan Tester.

He queried Kelly on his level of concern, noting that while Americans are "focused like a laser on the southern border," the northern border also has its challenges.

"The absolutely great news story in the northern border is that we have Canada there, that it's a friend and ally. They interact with us at every level, they're very careful about who comes into their country."

Asked by Republican Senator John Hoeven of North Dakota if he agreed more must be done to secure the northern border, Kelly replied that Canada has "tremendous law enforcement" and the U.S.-Canada partnership "just couldn't be stronger, so that's the advantage."

Kelly also told the Homeland Security committee there's been a "little bit of increase in Mexicans" entering the U.S. illegally from the north.

"I'm on the phone with my counterparts in places like Canada all the time but we obviously have to watch the threat," Kelly said.

Kelly said after his Ottawa meetings on March 10 that the Trump White House wants "as thin a border as we can create" and that he was "very comfortable with the level of security on the border.''