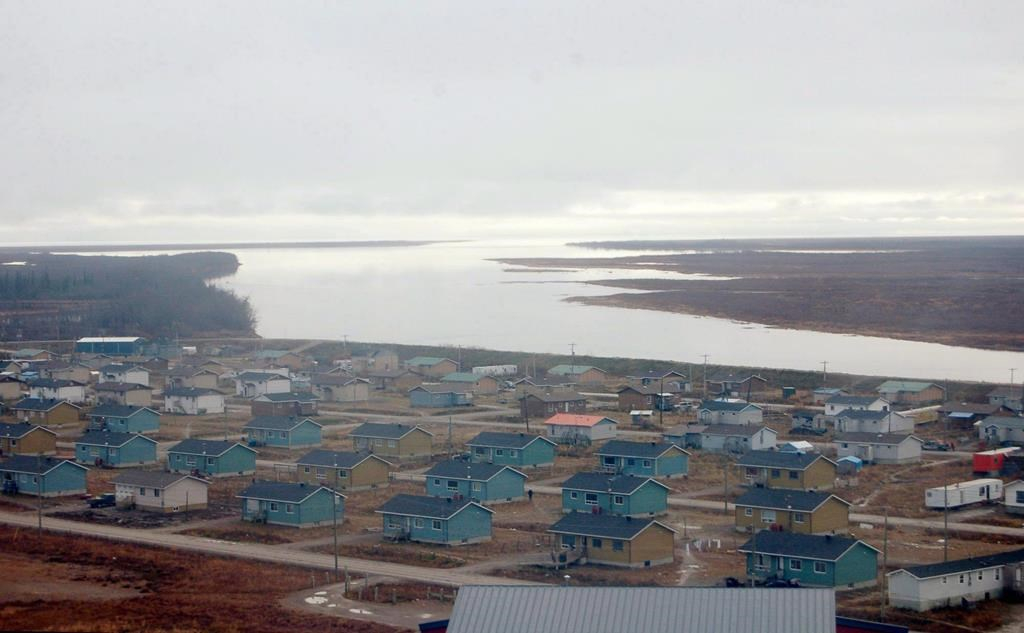 The Northern Ontario reserve of Kaschechewan is seen in this undated aerial photo. Handout photo by The Kashechewan Reserve
Previous story
Next story

An evacuation due to flooding fears was underway Monday at a remote First Nation community in northern Ontario.

Kashechewan First Nation Deputy Chief Hosea Wesley said more than 300 people from his community flew to Kapuskasing, Ont., on Sunday and about 200 residents were expected to leave over the course of Monday and Tuesday as major ice jams about 20 kilometres upriver threaten to flood the community near the mouth of James Bay.

Children, the elderly and the sick are being evacuated first as a precautionary measure, Wesley said, noting that the exodus has become an annual voyage for the community that sits on the Albany River.

"Our people are really tired of these evacuations and flooding, especially the children," Wesley told The Canadian Press from Kashechewan.

"They cannot really study in school when this happens every year. We really, really need to move the community to higher ground, but we're waiting for help from the governments."

Local officials in consultation with the province will monitor the ice as open water moves towards the reserve where more than 2,000 people live.

Flooding occurs when the ice jams, which causes water levels to rise and puts pressure on the dike wall next to Kashechewan, Wesley said. High water can simply spill over the top of the dike.

"Their dike wall, despite the millions the government spent on it, cannot be made safe," he said. "The risk factors too high if something goes wrong."

Angus was referring to a 2015 engineering assessment that concluded the condition of the protective ring dike posed an "intolerable" risk to the community and was susceptible to a sudden rise in water levels.

In late March, Kashechewan First Nation and Nishnawbe Aski Nation, which represents the interests of multiple northern Ontario First Nations, signed an agreement with the province and the federal government to "support a sustainable future" for the northern community.

In a statement at the time, the federal government said the agreement will "focus on improving outcomes in priority areas including housing, socio-economic sustainability, health programs and facilities, infrastructure development, and schools and community facilities."

That includes exploring options for relocation of the entire community.

Angus said without any financial commitment from the federal government, there's no way the community will be moving in the near future.

"This is no future for the people of Kashechewan, they deserve better, they deserve a safe community on safe ground, so let's get down to it and get to work."

The evacuees' spirits remain high given the circumstances, said Gerry Demeules, who is the evacuation co-ordinator with the Town of Kapuskasing, where hundreds have been put up in motels.

"We've been doing this for 12 years now so we've sort of got the hang of it," Demeules said. "No issues so far."