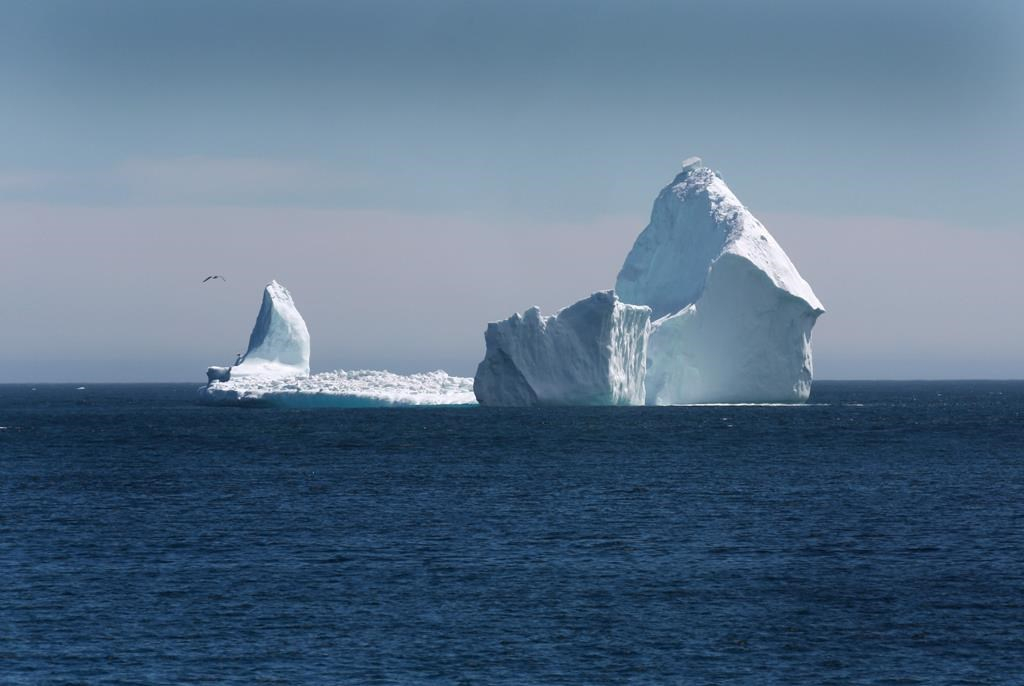 A large iceberg is visible from the shore in Ferryland, an hour south of St. John's, Newfoundland on Monday, April 10, 2017. File photo by The Canadian Press
Previous story

A towering iceberg stationed off Newfoundland's east coast is drawing dozens of people to the small shoreline community sitting in its shadow.

The massive iceberg has become a star attraction in Ferryland, where cars were backed up bumper to bumper Sunday as curious onlookers tried to get a glimpse of it.

Ferryland Mayor Adrian Kavanagh says the numbers took him by surprise, adding that the "onslaught" showed that people are interested "in that kind of stuff."

Pictures of the iceberg have been making the rounds on social media.

Now, Kavanagh says he has to find a way to keep the iceberg there.

It's been a busy season for icebergs so far, with 616 already having moved into the North Atlantic shipping lanes compared to 687 by the late-September season's end last year.