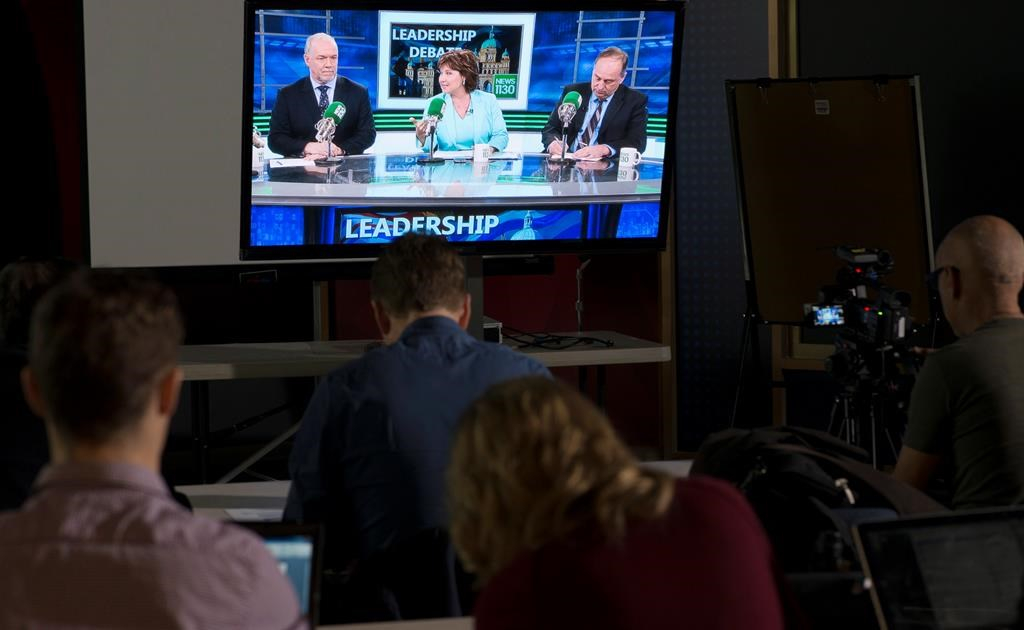 Greedy "lumber barons" in the United States are to blame for the softwood lumber dispute, and their push to choke off the supply of disputed Canadian timber will only make it harder for the average American to buy a home, British Columbia Liberal Leader Christy Clark said Friday.

Clark told a crowd at a campaign event that if the Liberals are re-elected on May 9, they will not rest until a fair trade deal is reached.

"The American industry is ... driven by greed, pure and simple," she said, speaking at a log home manufacturing business in Williams Lake.

"They want to raise the price of lumber because they want to make more money. It's that top one per cent in the United States that wants to line their pockets at the expense of the middle class."

Softwood lumber is an enduring irritant between the U.S. and Canada. The issue flared up in recent weeks as President Donald Trump began including softwood in his trade rhetoric.

The New Democrats have promised to slash provincial medical fees in half by the beginning of 2018 and to eliminate them before the end of a first term in office. But the party has been unclear on where the money will come from to pay for its plan, beyond saying it would appoint a panel of experts to explore the issue.

New Democrat Carole James, the party's finance critic in the legislature, said Wednesday that medical service premiums would be switched to a "progressive tax system," but Horgan has shied away from confirming that approach.

Asked about the likelihood of an income-tax hike, Horgan said he was not prepared to speculate on the panel's conclusions.

"You don't put people in place and ask them for their advice and prejudge it," he told reporters at a campaign stop in Vancouver.

"I'm going to hear what they have to say. The bottom line I have is that we protect public services and we ensure that low- and middle-income people are protected."

Liberal candidate Andrew Wilkinson, who is the advanced education minister in Clark's government, accused Horgan of "making tax policy on the fly."

The Liberals have committed to halving medical services premiums in January. On Wednesday when Finance Minister Mike de Jong was asked whether a re-elected Liberal government would eliminate the premiums, he said that would depend on how the economy performs in the coming years.

"Indigenous people know more than anybody that words are cheap, unless they are backed up with actions," Weaver said.

"As a party, we have not done as much consulting with indigenous communities across B.C. as we need to do."