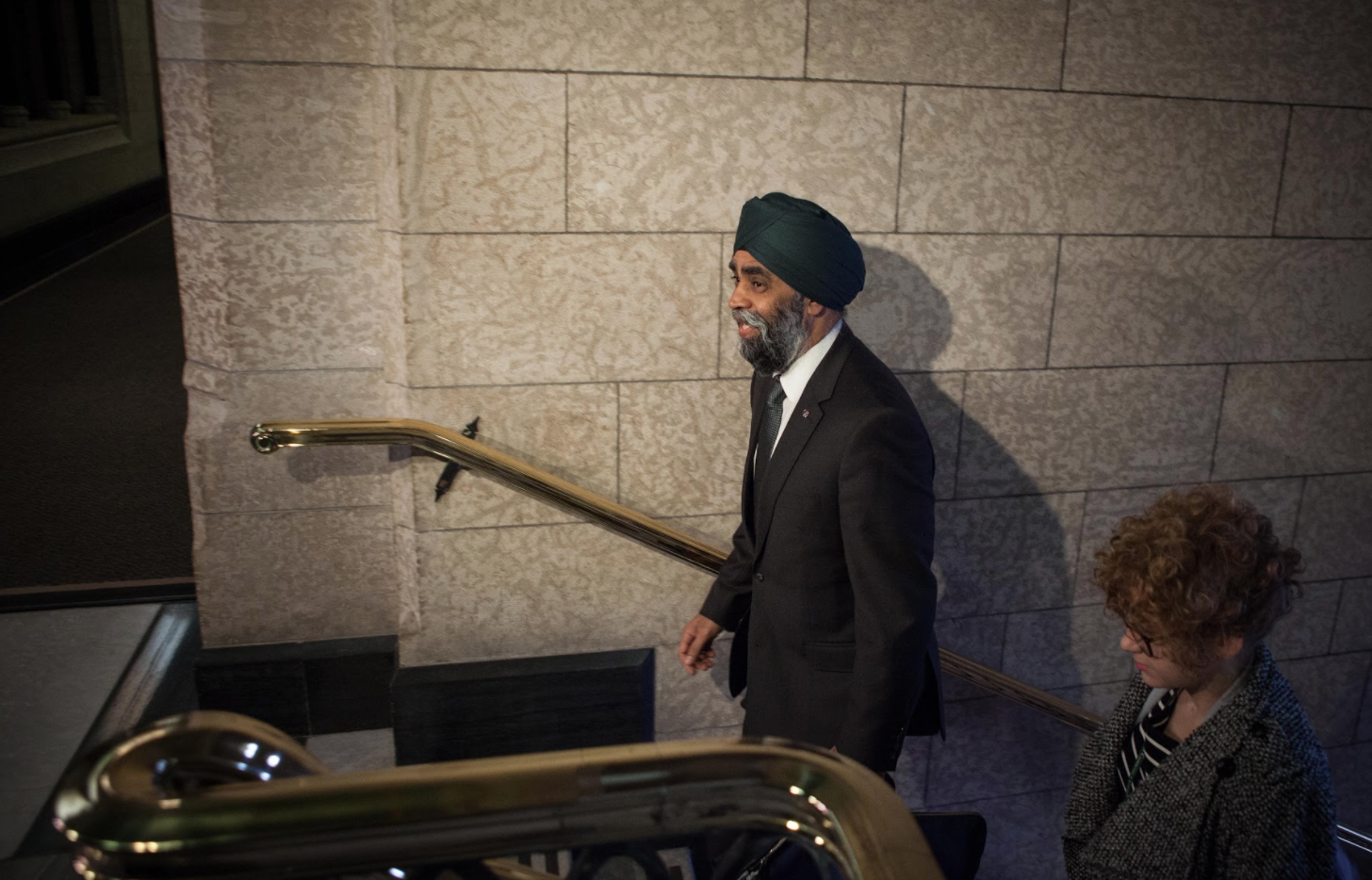 National Defence Minister Harjit Sajjan has recently come under fire for exaggerating his intelligence role in Operation Medusa in Afghanistan in 2006. He is seen here on April 21, 2017 on Parliament Hill. Photo by Alex Tétreault
Previous story

Defence Minister Harjit Sajjan is pulling out of an annual fundraising event originally set up for veterans of Afghanistan, an event whose main beneficiaries include military personnel returning from combat.

Sajjan was supposed to speak at the 8th annual "To the 'Stan and Back" event tonight, but organizer Cheri Elliott says she was told a scheduling conflict had arisen and the defence minister would not be able to attend.

The cancellation comes with Sajjan, a former soldier, under sustained fire for having exaggerated his role in Operation Medusa, a key battle involving the Canadian Forces in Afghanistan in 2006.

It also comes amid bickering between the Liberals and the Opposition Conservatives, who had planned to use their so-called opposition day Thursday to go after the defence minister.

The Liberals now say they are postponing the opposition day until next week because they need more time this week for legislation to implement the federal budget.

A watchdog group that tracks military imposters says many veterans are still upset with Sajjan despite his apology Monday, but that interim Conservative leader Rona Ambrose went to far in accusing him of "stolen valour."

Here’s what Harjit Sajjan really did with OPERATION MEDUSA