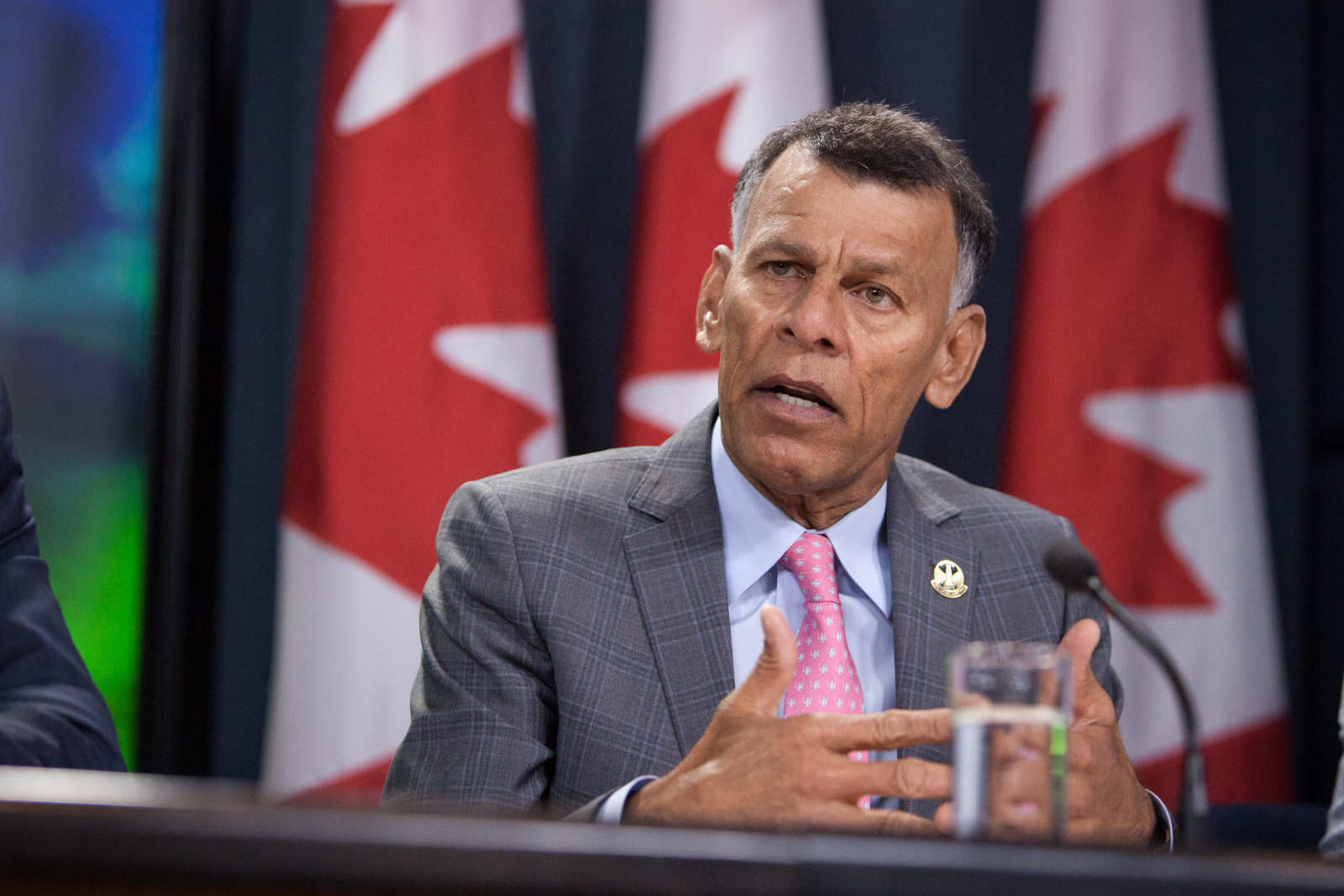 Canadian Labour Congress president Hassan Yussuff speaks at a news conference in Ottawa on April 24, 2017. Yussuff was elected to a second term as president of the labour organization on May 11, 2017. File photo by Alex Tétreault
Previous story

Hassan Yussuff will pursue a second mandate as president of the Canadian Labour Congress.

Yussuff was acclaimed at the 2017 convention in Toronto of CLC — an umbrella group that brings together unions from across the country. His next term runs until 2020 and follows his election in 2014 as the first person of colour to lead Canada's labour movement.

"I am truly humbled to be re-elected as President," Yussuff wrote on Twitter on Thursday, following his acclamation. "I will work every day four (the Canadian labour movement) to make sure you know that trust was well placed."

I am truly humbled to be re-elected as President. I will work every day 4 #canlab to make sure you know that trust was well placed #CLC2017

Yussuff has made several breakthroughs in several Canadian labour battles, including his successful efforts to persuade the government to finally impose a ban on asbestos, a substance linked to several work-related cancer deaths.

“I am looking forward to working with this very talented and determined team to build on the victories we’ve won over the last three years and to moving us closer to a fair future for all workers,” said Yussuff in a statement released by CLC.

Marie Clarke Walker was elected to replace retiring secretary-treasurer Barbara Byers. Walker had been a CLC executive vice-president since 2002.