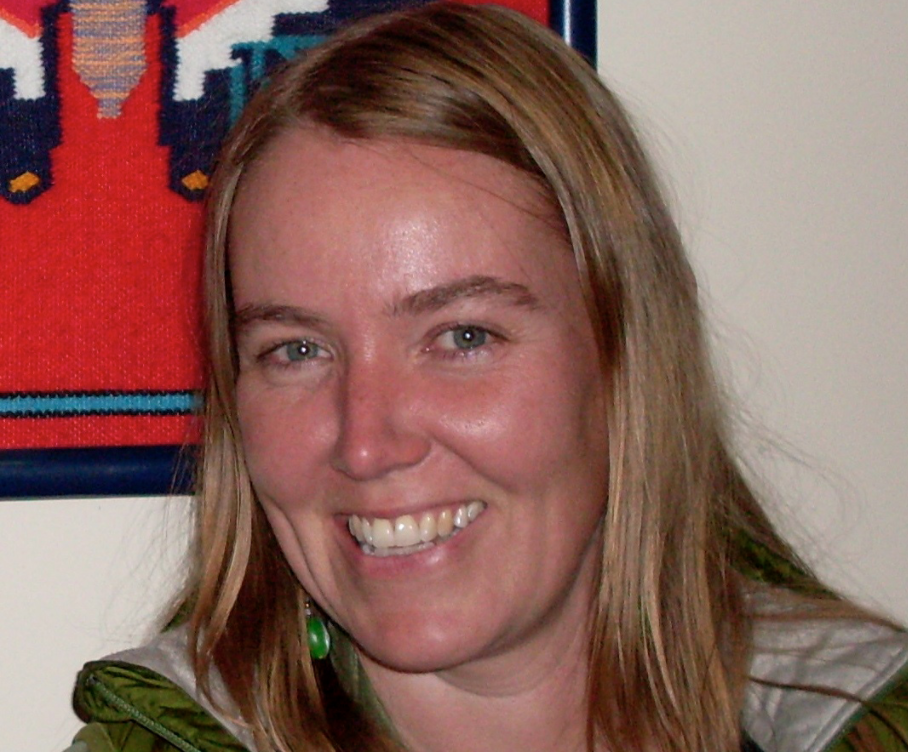 Canadian activist Jen Moore knew something was wrong when more than a dozen Peruvian police officers took her into custody over a simple complication with her tourist visa.

Moore is a long-time program director at MiningWatch Canada, a non-profit industry watchdog, and has travelled to foreign countries for years to monitor environmental, social and human rights compliance at Canadian mines abroad. But in April she found herself detained for four hours in the southeastern city of Cusco as migration officials told her that her work in Peru had overstepped the boundaries of her permit to be there.

Sitting next to American journalist John Dougherty, she was dumbfounded. They had only distributed free copies of a documentary film and attended information-sharing sessions on the impacts of local mining activities.

Within a day however, the Peruvian Ministry of Interior had issued a statement linking them to the violation of public order and national security, and intentions to turn local communities against the government-sanctioned operations of a Toronto-based company, Hudbay Minerals Inc.

The pair was released around midnight on April 21, after a handful of phone calls to the Canadian embassy in Peru, Global Affairs Canada, a number of U.S. congressmen and the U.S. consulate.

“It was not about the tourist visa,” Moore alleged, safely back in Canada. “This has to do with criminalizing international solidarity and the sharing of independent information with campesino communities that had been requesting it.”

The Peruvian Ministry of Interior did not respond to requests for comment.

A mine mired in social conflict

Moore and Dougherty arrived in Peru on April 15, 2017. Both had been to the South American country before — Moore in her capacity as the Latin America program coordinator for MiningWatch Canada, and Dougherty to collect content for his mining documentary film, Flin Flon Flim Flam.

They had been to Peru on tourist visas previously and never experienced any problems. While they were in the country representing their employers, Moore says they both paid for the trip out of pocket and neither collected any fees or payments from their activities in Peru.

Days before their arrival, an anonymously-authored local media article called Moore out by name in Spanish as being part of a “radical anti-mining movement” that sought to slow down the Peruvian economy and spread “fallacious narratives." It thanked private mining investments for contributing to social responsibility and local infrastructure projects.

Eyebrows raised but otherwise undeterred, Moore and Dougherty continued on their mission: to screen and distribute his documentary (for free), which provides critical information about the worldwide operations of Hudbay Minerals Inc. The Toronto-based producer owns the $2.3-billion Constancia copper mine in the southern Peruvian province of Chumbivilcas — an operation supported and regulated by the Peruvian government.

Despite going commercial only two years ago, the Constancia mine has been a polarizing topic in Peru for several years. Hudbay Minerals has signed land-use agreements with communities adjacent to the mine that include investments in health, education and social development, and cooperation agreements with neighbouring communities as well. It employs hundreds of Peruvians every year, and supports local infrastructure projects and job training.

But many locals say these commitments have not been delivered, Hudbay’s investments have fallen short, and the trucks it uses to transport materials to and from the mine run through their fields, cover their homes and crops in dust, kill their animals, collide with their vehicles and fill their neighbourhoods with noise.

They worry about the social and environmental implications of the mine, said Moore, a former journalist fluent in Spanish who has been in and out of Peru for the last four years.

“It’s a situation in which the company has a lot of control over what happens in the area and is a very powerful actor at the local provincial and regional levels,” she told National Observer from MiningWatch Canada’s Ottawa office.

“It’s a low-intensity conflict at the moment, but I think the root issues are not all that different from what we see in other places where companies are able to open up mines without having to respect the rights to consultation and consent of all of the affected communities.”

In September last year, Hudbay was forced to temporarily suspend operations at the Constancia mine, after about 1,000 residents from nearby communities protested by the open pit. The protest — and indeed, Moore and Dougherty’s work in Peru — was supported by local NGOs, including Human Rights Without Borders Cusco and CooperAcción.

That year, Hudbay said in its annual report that it maintained “good relations” with the communities around the Constancia. In an emailed statement to National Observer, the company clarified that many of the commitments in the community agreements are to be delivered over “varying periods of time,” some are “in-progress,” and others have been completed.

Moore is not convinced.

From the day she and Dougherty arrived in Peru, Moore says they were being tailed. They were followed — and filmed — by mysterious people Moore says local villagers didn’t recognize. Those individuals, she adds, were monitoring their activities as they showed the documentary and distributed free DVDs.

After a screening at Cusco’s multicultural centre, Moore and Dougherty were about to head out for drinks with friends when more than a dozen police officers and a couple of government officials told them to hand over their identification and get into the cop car.

Moore refused until she had legal representation. When a lawyer was present, she and Dougherty accompanied them to the station after a brief stop at Moore’s hotel, where two officers walked straight into her room with her as she quickly grabbed her passport.

They were asked to sign statements. Dougherty refused without an official English translator and Moore says the forms were full of errors. Again, she noted that they were being filmed.

Calls had already gone into various Canadian and American consular authorities and after four hours, they were let go. Moore alleges that during time, they were not given a fair chance to explain the nature of their ‘work’ in Peru.

Global Affairs Canada confirmed via email that it “provided consular assistance” that evening, but declined to disclose any other details in the interests of protecting Moore’s privacy. The Canadian embassy in Peru did not respond to requests for comment.

Dougherty and Moore left from the capital city of Lima the following day, without a complete copy of the police files containing the allegations against them, and a notification that an investigation into their immigration status was ongoing. Both are in the process of finalizing legal arrangements for representation in Peru.

Until she stepped on the plane, Moore said she didn’t feel safe.

“I was worried about the discretionary powers that authorities might be willing to wield in Peru, particularly given the evidence of bias and the exaggerated way and the arbitrariness of the detention,” she explained.

On the day of their departure, Peru’s Ministry of Interior released a statement about their detention. In Spanish, it accused them of violating the constraints of their tourist visa through their screening activities and altering public and domestic order. The statement added that Hudbay’s Constancia mine is fully permitted by the government and that the areas where the pair carried out their “anti-mining activism” had already been subjected to very violent protests.

Moore interprets this additional qualification as proof that their detention in Peru was about more than just the visa — it was about putting a stop to the spread of information that criticized an operation supported by the government.

“The ministry could just have talked about the legitimacy of our status as tourists, but felt it necessary to say that Hudbay’s Constancia operation has all of the state permits to be operating in Peru,” she explained. “It very explicitly showed central government state support to the company and linked our arbitrary detention to the company’s operations.”

Dougherty, who spoke with National Observer from his home in Arizona, agreed.

“If there’s just a visa violation, they typically handle it totally differently,” he said. “They don’t send 20 cops out to pick people up off the straight, detain them for four hours and have the Interior Ministry issue a statement saying people are inciting the public to general disorder. It’s completely out of line.”

Several departments within the Peruvian Ministry of Interior did not respond to requests for comment on this story.

Both Dougherty and Moore also raised the issue that Hudbay Minerals has contracts with Peruvian police — a link they believe is more than coincidence.

“This is just part of a concerted effort, I think, by Hudbay to control the access to information that they don’t want other people to have available,” said Dougherty. “Hudbay isn’t intervening or saying, ‘This isn’t a good way to handle the situation,’ they’re trying to distance themselves from this situation…

"I find it hard to believe that the Peruvian national police would undertake this activity without the people who are paying them suggest that they do so.”

The company has not reached out to either Moore or Dougherty since the incident and declined to be interviewed for Dougherty's film, believing it would not be represented fairly. Of its contracts with Peruvian police, the company said it regularly audits security policies and practices, provides all officers with training on its Voluntary Principles on Security and Human Rights, and reinforces those principles strictly.

Brubacher said Hudbay's police contracts are to provide occasional expanded public security near the Constancia mine site — roughly five hours by road from Cusco, where Dougherty and Moore were detained. Such arrangements, he added, are legal in Peru and not uncommon.

“We invite readers to consider that if we actually had the inclination and capacity to interfere in this situation as alleged, why then would (Dougherty’s) video have already been shown in the communities nearest the mine?” Brubacher told National Observer.

“We have seen the video in question and found it lacking in credibility, so we are not concerned where or if it is shown.”

Outside of Peru however, it stands accused of contaminating air and water near at its operation in Flin Flon, Man. A security guard employed by its subsidiary in Guatemala, Compania Guatemalteca de Niquel, was recently deemed innocent in the shooting death of Adolfo Ich during a September 2009 protest, but the events leading up to the man's death are being contested in three negligence lawsuits launched in Ontario Superior Court.

In response to those lawsuits, Hudbay has repeatedly said it believes in the security guard's innocence and is "happy for justice to be served through the Ontario courts."

Meantime, ​Moore said she has no plans to visit Peru anytime soon and Dougherty said he hopes the issue is resolved quickly and justly, so he can return to Peru, a “beautiful country.” Both will continue their research from Canada and the U.S., they said, and to ask critical questions of both Hudbay and the Peruvian government.

Asked why she was in Peru on a tourist visa instead of a work visa to begin with, Moore said she didn’t think it would be a problem given her previous experiences there. She is still hesitant to say that what she was doing in Peru even qualified as 'work,' she added, as her employment is in Canada and she did not collect an income from being there.

MiningWatch Canada does not have a policy of sending its staff to work overseas on tourist visas and does its best to ensure staff comply with visa requirements wherever they go, she said. The organization will continue to keep itself up to date on visa rules in foreign countries.