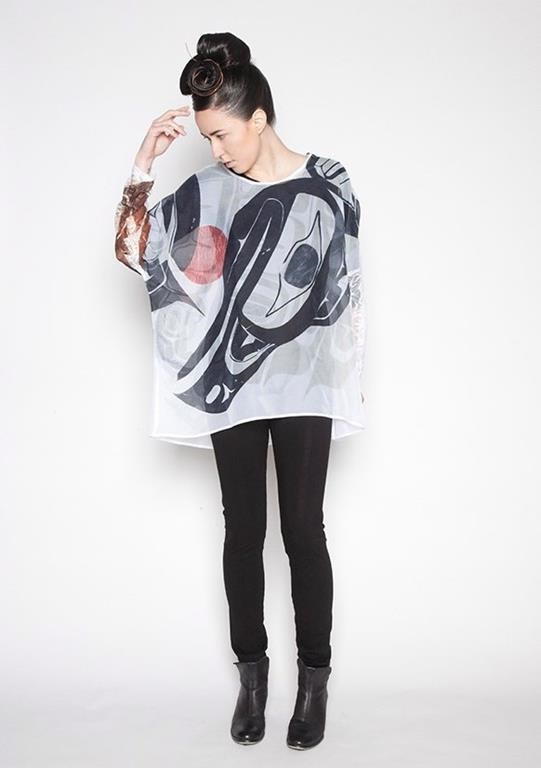 Joleen Mitton, one of the organizers of Vancouver's first indigenous-focused fashion week. Handout photo via The Canadian Press
Previous story
Next story

Organizers of Vancouver’s first indigenous−focused fashion week say the event will celebrate "cultural appreciation" for designers and creators who are used to seeing their work appropriated by others.

Vancouver−born producer Joleen Mitton says the four−day showcase, July 26-29, will feature collections from about 32 designers, most of whom are indigenous.

The models are also mostly indigenous, and will include former and current foster care kids — a vulnerable group that often struggles with identity and self−acceptance, says Mitton, whose heritage is a mix of Plains Cree, French and Scottish.

"A lot of these kids don’t feel that they’re visible because they’ve been discarded by their family a lot of times and obviously you don’t see indigenous people in media," says the 33−year−old, who began modelling at age 15 and now works with disenfranchised youth in Vancouver.

It comes as debate over cultural appropriation is especially fractious thanks to recent controversies in the art and literary worlds.

An outcry over a white Toronto painter who embraced an Anishinaabe painting style forced the cancellation of her art show and sparked debate over the line between inspiration and theft.

More debate followed with an editorial in the Writers’ Union of Canada magazine that dismissed the notion of cultural appropriation and encouraged writers to explore cultures and traditions that were different from their own.

That also raised immediate protest, prompting the author and magazine editor Hal Niedzviecki to apologize and resign from his post as debate erupted in various media.

Most notably, former National Post editor Ken Whyte branded the matter an assault on free speech and solicited donors on Twitter to establish an "appropriation prize."

Model and fellow fashion week organizer Ellena Neel says the issue is "complicated" for many outside of the indigenous community to grasp. And she finds herself constantly defending efforts to preserve indigenous culture.

Totem poles made in China

She says the Neel family has been especially entrenched in the debate since her great−grandmother, celebrated carver Ellen Neel, began making and selling Vancouver’s iconic totem poles in Stanley Park in the 1950s and 1960s.

"With the introduction of mass production, cheaper totem poles and mass−produced totem poles started coming in from China and that started to affect her business," notes Neel, a photographer and video artist.

Indigenous creations — including clothing — are more than just crafts or hobbies, she adds. Clothes are often handmade and infused with meaning, identifying who you are, where you’re from and the First Nation you belong to.

"From the West Coast, at least, we take great pride in wearing the crest from your clan and your family. For my sake, me and my brothers always take pride in wearing our thunderbird crest," says Neel.

Mitton’s modelling career took her through Taiwan, Hong Kong, Thailand and Korea during her impressionable teenage years, when she was asked to promote products that blatantly incorporated indigenous iconography.

Mitton’s mixed heritage allowed her to pass as half−Asian, and when she returned to Canada in 2008, she struggled to reclaim her identity.

Fashion can have positive influence

"I wasn’t really happy. The fashion world itself is pretty shallow and oppressive," says Mitton, whose career included campaigns for Kenzo, Vivienne Westwood, Lancome and Clinique.

"I’ve partied with Mick Jagger, Jamie Foxx, Bradley Cooper (but) I wasn’t really proud of being a model. People would come up to me before, they would be kind of stoked: ’Oh, you’re on this magazine,’ or ’You’re on this shampoo bottle,’ or ’You’re in this commercial in Asia.’ I was never super−comfortable about it."

Mitton began working with children in foster care as well as older girls aging out of foster care. She started mounting fashion shows to engage the older girls and teach them "to walk with pride and beauty".

Mitton now sees the positive influence fashion can have on a young person, and hopes she can inspire Canadians to know that high−quality, unique designs exist here at home.

"You don’t have to buy that stuff from Urban Outfitters or Dsquared2 or any of that stuff, we’ve got that stuff already," says Mitton.

"If you like indigenous esthetic, buy it from those who create it and live it"