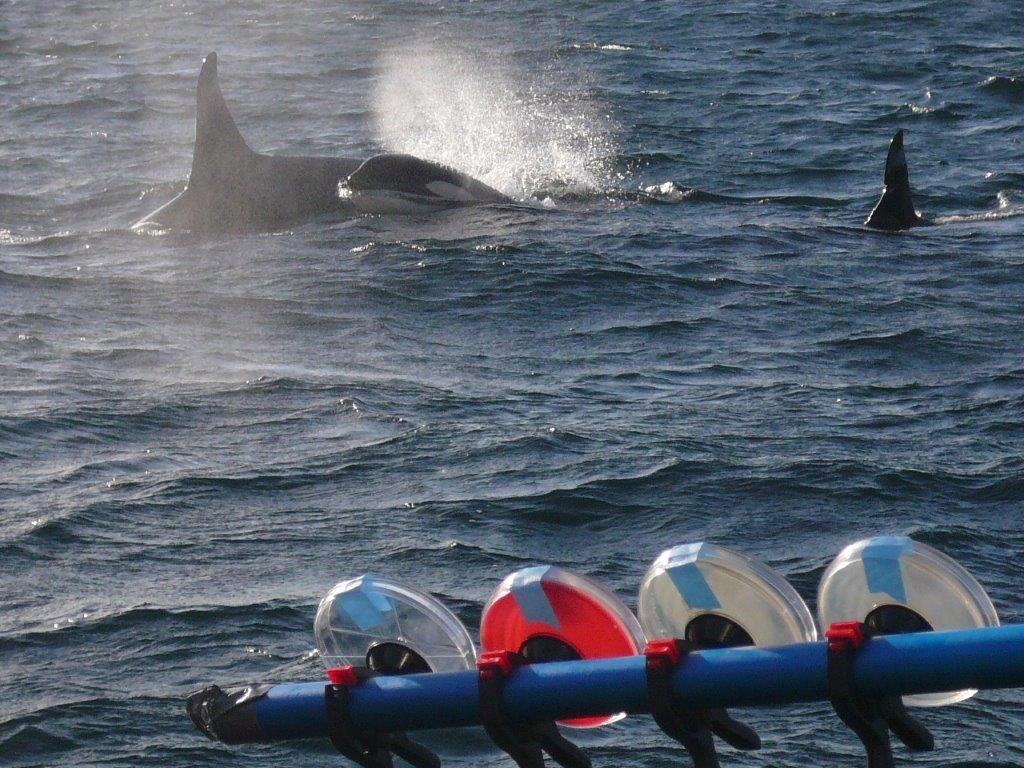 A graphite pole with petri dishes attached is used to collect droplets and exhaled breath from the blowholes of killer whales off the Pacific coast in a handout photo.
Previous story
Next story

South Island Anglers and an organization representing whale watching companies have joined to develop, fund and operate the salmon enhancement program, which they say has the approval of Fisheries and Oceans Canada.

Dan Kukat, past president of the Pacific Whale Watching Association, says the Feeding our Endangered Orcas initiative intends to raise and release 220,000 salmon this year, and increase that to one million salmon within three years.

South Island Anglers Association spokesman Rollie Rose says healthy chinook smolts are currently raised in an enclosure in the Sooke basin and will be released when they are large enough to be satisfying meals for orcas.

Southern resident killer whales almost exclusively eat salmon and prefer chinook to other fish, but there's concern that fewer chinook in Juan de Fuca Strait have contributed to the decline in the southern resident orca population.