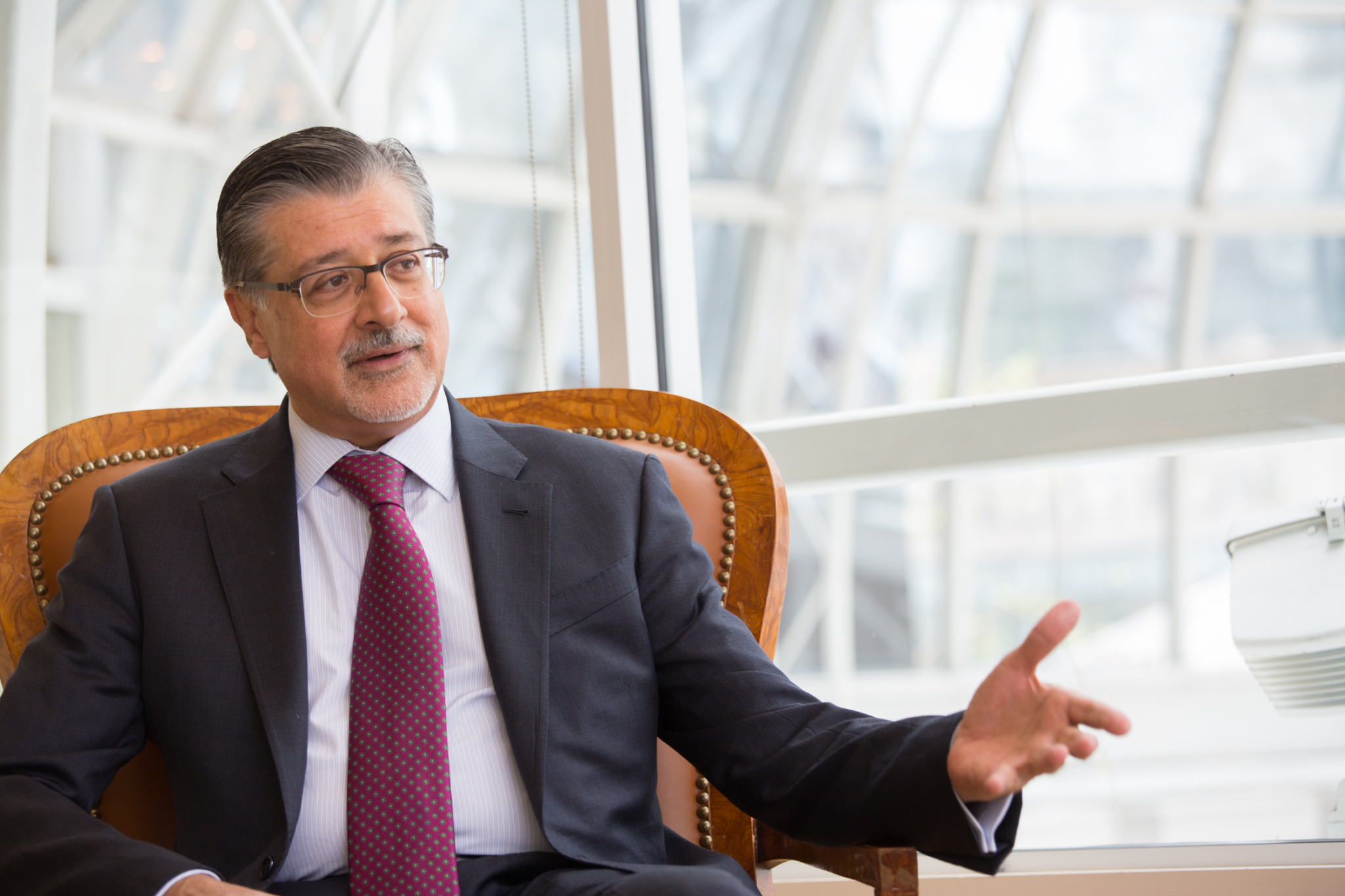 Adnan Amin, the director of the International Renewable Energy Agency, gestures as he speaks to National Observer about clean energy on May 18 in Vancouver. Photo by Zack Embree, courtesy of SFU Centre for Dialogue
Previous story
Next story

Nearly 10 million people around the world had jobs in the renewable energy sector last year with solar photovoltaic companies leading the way, says an international report released on Wednesday.

An annual review published by the International Renewable Energy Agency tallied 9.8 million clean energy sector jobs around the planet for 2015-2016, including 3.1 million jobs in the solar PV sector.

The total could increase to 24 million jobs around the world by 2030, said the report by the agency, an intergovernmental panel based in the oil-producing United Arab Emirates.

“Many job opportunities will be created along the different segments of the value chain, with increasing requirements for individuals with diverse skill-sets and talents,” said the report. “Significant efforts in training and education (are) needed to provide the labour market with the required skills.”

Overall, the annual increase in total jobs was about 1.1 per cent, the agency estimated. The solar industry saw a 12.1-per-cent jump in jobs, mainly in the United States, India and China, the report said.

The report also said that the growth would have been higher were it not for losses in such markets as Japan and the European Union.

In an interview with National Observer last week, the agency's director general, Adnan Amin, said governments can help drive jobs and growth with the right set of policies and regulations that, for example, could require more efficient buildings or cleaner transportation. He said that Vancouver was one example of a city leading the way.

"So when cities like Vancouver or much bigger cities than Vancouver, start to incentivize investments in clean energy, start to demand the procurement of renewable energy in their operations, start to create regulated frameworks for mobility that becomes cleaner for electric transportation, for energy efficiency in buildings, that starts to send messages to the market," he said.

"...Once they accumulate, (they) become real drivers of investment and the direction of the energy transition... And we need to support foresighted cities like Vancouver who are taking these measures which are still at the leading edge of what’s happening."

The International Renewable Energy Agency's mandate is to promote growth in the clean energy economy. The U.S. is among more than 170 member countries, but Canada has not yet joined.

The report also noted that gender discrimination isn’t as large of a problem in the renewable sector as it is in the older energy industry. The agency said it surveyed 90 renewable energy companies and found that women represented an average 35 per cent of the workforce in 2016.

While this is greater than the percentage in the traditional energy sector, the report said that this proportion was still lower than the average in the broader economy.

The agency’s report also shows that the increase in renewable energy jobs, about 30 per cent higher than they were in 2012, coincides with major losses in the oil and gas industry due to low prices and oversupply.

The report cited figures showing that at least 440,000 people were laid off in 2015 and 2016 in this sector, with the U.S. accounting for 40 per cent of these job losses and Canada accounting for 10 per cent.

Previous estimates from Alberta, home to the world’s third-largest reserves of crude oil after Saudi Arabia and Venezuela, have indicated the Western Canadian province has lost more than 100,000 jobs since global commodity prices plummeted in the fall of 2014.