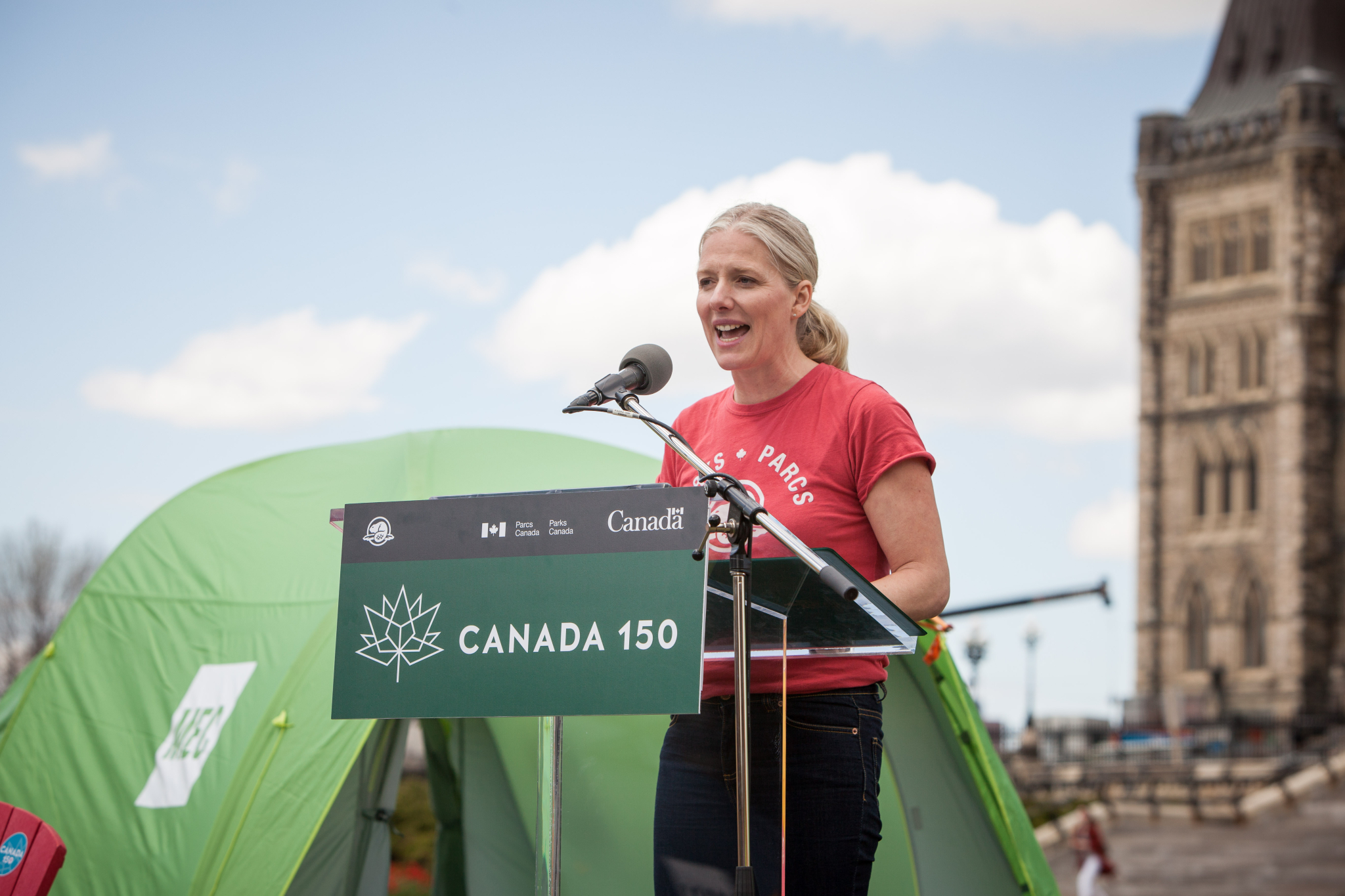 Canada is moving ahead with plans to stop a potent form of air pollution made by fossil fuel companies, according to a proposal unveiled today, but new rules won’t be fully enforced until 2023.

Environment Minister Catherine McKenna released details Thursday of the Trudeau government’s plan to force oil and gas companies to change their equipment and practices, limiting the release into the atmosphere of methane, a powerful greenhouse gas.

The government will publish proposed regulations May 27 that would cover “over 95 per cent” of emission sources for methane, which is 84 times as powerful as carbon dioxide over a 20-year period at warming the planet, according to officials from Environment and Climate Change Canada. The proposal will then be open for a 60-day public comment period.

The proposed rules will require companies to create and maintain a program to detect and repair gas leaks, upgrade automated equipment and mechanical devices, and limit the direct release of methane gas into the atmosphere, including during fracking operations. There will also be rules for air pollutants that contribute to smog, or so-called volatile organic compounds.

Officials said these rules, empowered under the Canadian Environmental Protection Act, would help reduce nationwide emissions by 282 megatonnes of carbon dioxide equivalent, or the same as taking almost 60 million cars off the road for a year. That is expected to save $13.4 billion from 2018 to 2035 in “avoided climate change damages.”

In terms of checking whether companies actually follow the rules, officials said they would be enforceable under federal criminal sanctions.

“Right now, over $1.5 billion worth of natural gas is wasted every year through leaks. That affects the health of Canadians and contributes to climate change,” said McKenna, according to a government press release.

“By better detecting and patching leaks, companies will be able to save and sell that natural gas and do their part to fight climate change.”

The minister has already rolled out another proposal May 18 to implement a federal system that would tax fossil fuels and put a price on industrial-scale pollution.

The Trudeau Liberals first promised early last year to cut emissions of methane 40 to 45 per cent below 2012 levels by 2025, but a lobby group for oil and gas—the industry that is responsible for 42 per cent of Canada’s methane emissions—complained that new regulations would be costly and burdensome.

Last month, the government granted a request by the Canadian Association of Petroleum Producers (CAPP) for the start-date to be pushed back. The results today show how that push-back will play out.

Final methane regulations were originally expected to be published in “late 2017,” according to a senior government official’s presentation that was published a few weeks after the announcement last year.

They will now be published “in 2018” according to the government’s new plan.

That pushes everything back. In the original rollout plan, the requirements on detecting and repairing gas leaks, as well as fracking operations, would begin coming into force by “early 2018.”

Now, those two elements, as well as regulations on mechanical devices called compressors that are often installed on natural gas pipelines but also leak methane into the air, are set to come into force in 2020.

Meanwhile, two other major elements that account for 43 per cent of methane oil and gas emissions won’t come into force until 2023.

Rules to restrict venting, or the direct release of methane into the atmosphere, and rules on automated instruments that control elements like pressure and temperature, were originally slated to come into force by 2020.

U.S. President Donald Trump’s EPA administrator Scott Pruitt, however, has ordered the EPA to “reconsider” methane rules. They have also faced a battle in Congress, as the U.S. House of Representatives voted to roll back methane rules the Senate failed to follow suit this month.

Duncan Kenyon, policy director at the Pembina Institute, said the group was pleased to see the government move forward with national rules.

"These regulations are cost-effective and are vital to achieve the goals articulated in the recently released pan-Canadian Framework on Clean Growth and Climate Change," said Kenyon, according to a press release.

But while he said the approach was "strong," he added the proposed rules "could still be improved in a few important ways" including strengthening leak detection and repair provisions, and speeding up implementation.

“Canada has a methane gas problem, and I've learned that the government plans to do nothing about it until 2023,” he wrote.

A few more details:
* CLARITY ON PERCENTAGES -- Policy would lead to a 36% reduction of oil & gas methane by our 2030 Paris target year. ECCC projects 20 MtCO2 reduction by 2030 relative to 2012, which is 36%...not 40% to 45% as many expect.
* TRUMP -- If Trump cancels Obama's USA federal methane regs then their oil & gas emissions would be 5% higher than currently projected in 2030. That's according to a study by Climate Action Tracker. States are doing the heavy lifting, so using Trump as an excuse to not act in Canada seems unwarranted.

Instead of the headline

Instead of the headline "Catherine McKenna Plans Crackdown on Pollution from Oilpatch", it would have been more accurate to say "Catherine McKenna Delays Crackdown on Pollution from Oilpatch at Behest of Industry Lobbyists and Big Donors" or even "Liberal Government Betrays Environment, Voters, and Election Promises AGAIN, in Favour of Multinational Polluters and Big Donations".