OPEC and other nations set to extend output cuts 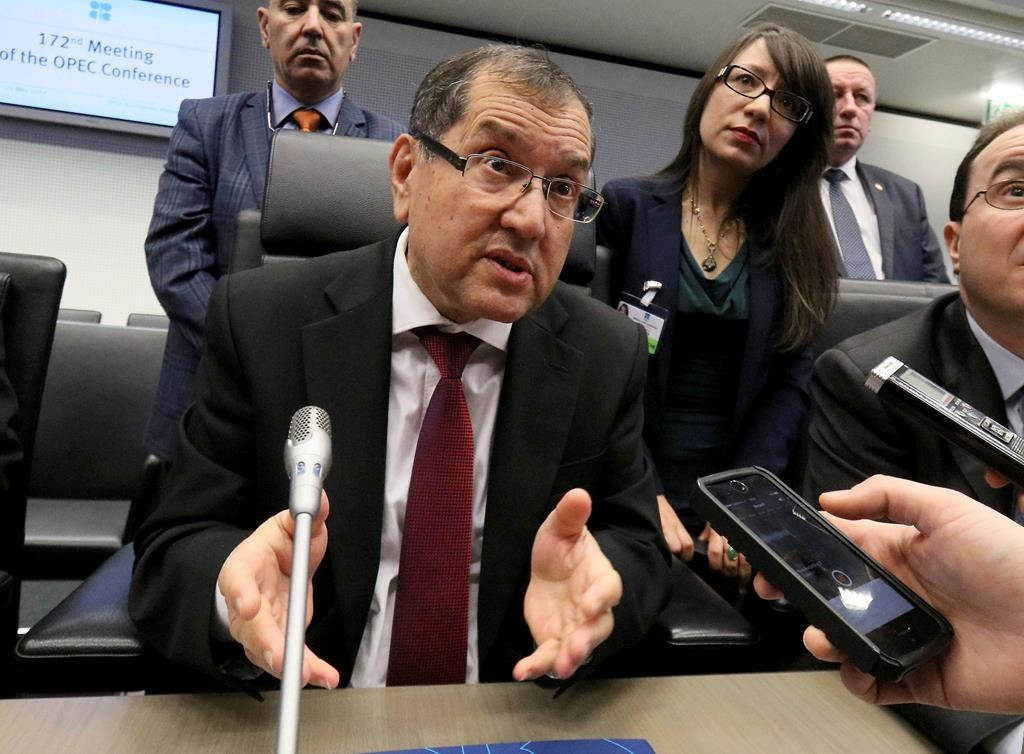 Algeria's Minister of Energy Noureddine Boutarfa speaks to journalists prior to the start of a meeting of the Organization of the Petroleum Exporting Countries, OPEC, at their headquarters in Vienna, on May 25, 2017. File photo by The Associated Press
Previous story
Next story

OPEC and other oil nations meeting Thursday were set to extend their production cuts in an effort to shore up prices. But the intended impact could be short-lived.

That's due to U.S. shale producers. With crude prices above $50 a barrel from lows of last year, they are increasingly moving back into the market. Their output already is partially offsetting the cuts, and even more U.S. companies are poised to return if prices rise further.

The upshot is that the price of oil — and derived products like fuel —is unlikely to increase much in coming months, analysts say. That will be welcome news to consumers and energy-hungry businesses worldwide but could continue to strain the budgets of some of the more economically-troubled oil-producing nations, like Venezuela and Brazil.

The latest reductions have been in effect since November, when the Organization of the Petroleum Exporting Countries agreed to cut production by 1.2 million barrels a day. Non-OPEC countries led by Russia chipped in with a further 600,000-barrel reduction.

With the deal due to expire at the end of June, one participant said the group had opted for a nine-month extension. He spoke only on condition of anonymity because he was not authorized to divulge the information prematurely.

Earlier, Saudi Oil Minister Khalid A. Al-Falih spoke of a "9-month straight" extension going into the meeting. Iran's Bijan Namdar Zanganeh floated possible extensions of three months, six months or even a year and said his country had "no difficulty" with any of the options, while Jabbar Ali Hussein Al-Luiebi, his Iraqi counterpart, mentioned "the scenario of a nine-month freeze."

Al-Falih said that the cuts had achieved a key aim. "Inventories are drawing down," he told reporters.

The price of oil, however, slumped $1.03 a barrel to $50.33 in New York trading Thursday on the realization that the extension is unlikely to substantially boost prices in the longer term.

Oil prices have risen less than OPEC hoped for from last year's levels. Crude sits substantially below the highs above $100 a barrel reached in 2014, but is priced high enough to bring back into the market U.S. producers who eased back as prices tumbled last year. U.S. shale production requires a higher price to be profitable.

U.S. output since last year has increased by nearly a million barrels a day to a daily 9 million barrels. That already puts American producers in the league with oil giants Saudi Arabia and Russia and cuts further into OPEC's past ability to play a role in setting prices and supplies

More than 400 oil rigs are now working U.S. shale fields — an increase of more than 120 per cent compared with a year ago. And U.S. producers are poised to expand more, even if prices tick upward only moderately as a result of an oil-cut extension by OPEC and its partners.

Commerzbank cited data from the U.S. Department of Energy saying U.S. production was roughly 540,000 barrels per day higher in mid-May than at the start of the year.

"This offsets nearly half of OPEC's production cuts," it noted.

Even a decision to maintain oil cuts thus is likely to only kick the can down the road from Thursday's meeting until OPEC ministers convene again late this year. Crude prices are unlikely to rise substantially — and that means the era of windfall profits appears to be over for member nations, at least for now.

While analysts at research firm IHS Markit expect OPEC revenues to rise modestly this year after dropping from their peak of $1.2 trillion in 2012, "the total will be less than half the level of 2012, when prices were more than double current levels."

Ahead of the meeting, the organization announced that Equatorial Guinea had joined, expanding OPEC membership to 14.

Russia says oil cuts may be extended amid high compliance