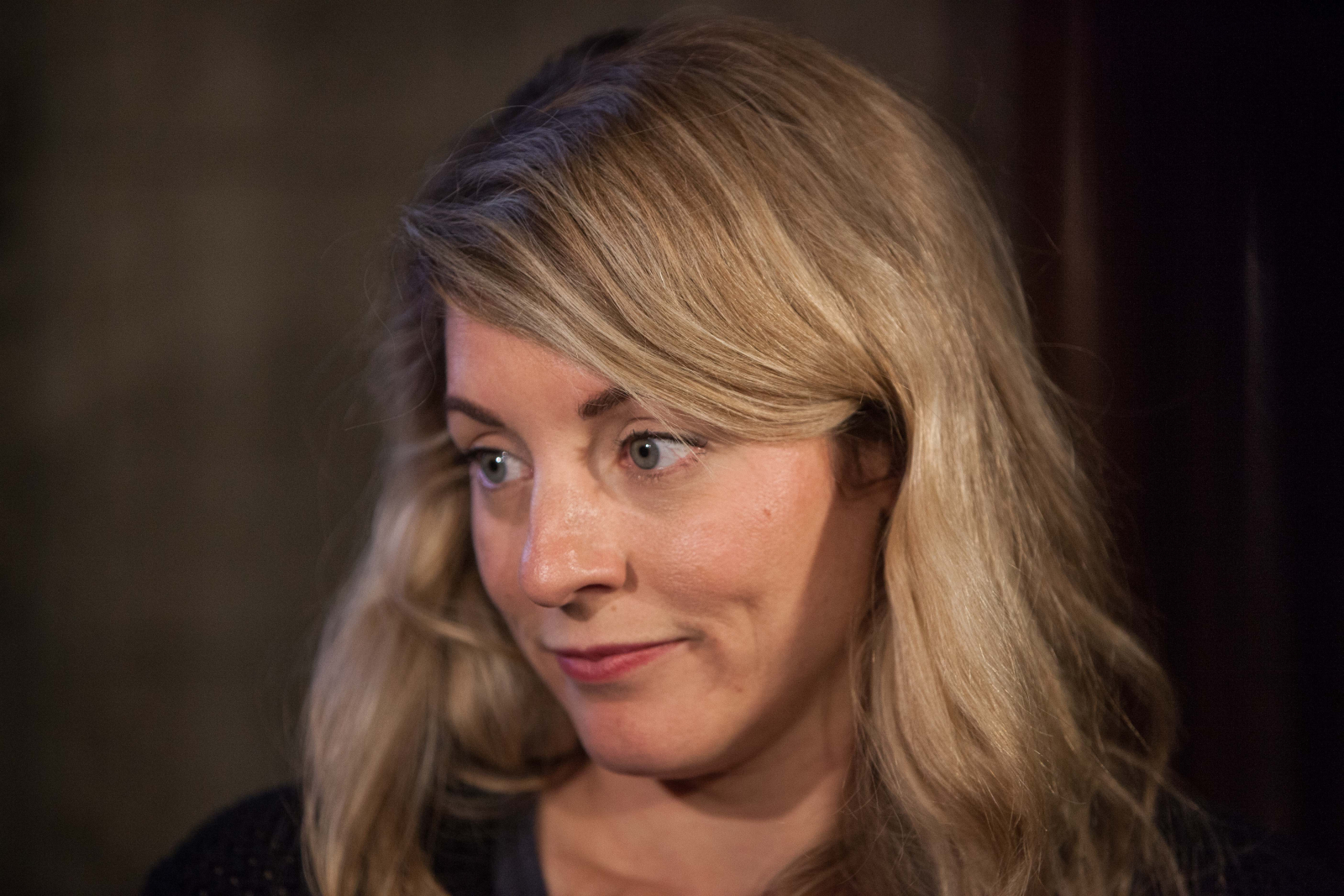 Heritage Minister Mélanie Joly takes questions from reporters in Ottawa on May 30, 2017. Photo by Alex Tétreault
Previous story
Next story

That comment in the House of Commons generated a fierce reaction from the Opposition, as the Conservatives noted that Madeleine Meilleur herself had told the official languages committee she'd had contact with both Gerald Butts and Katie Telford.

The Liberals have been criticized for putting Meilleur up as the candidate for the job, with the Conservatives and NPD trying to block an appointment they view as partisan.

Joly, who is responsible for official languages, spent much of question period answering questions about Meilleur, as has been the case since her selection was made public.

"What I can confirm is that Mrs. Meilleur had no discussion regarding the official languages commissioner position with Gerry Butts and Katie Telford," Joly told reporters later, adding she hadn't spoken to Meilleur.

She didn't specify the source of her comments, but they appeared to run contrary to what Meilleur told the official languages committee in mid-May.

The Prime Minister's Office insisted in an email Wednesday that the position of official languages commissioner was never discussed during those meetings, which took place well before the selection process was launched.

"These meetings were informal meetings with members of the Prime Minister's team whom Ms. Meilleur knew from her time as minister," said spokesman Olivier Duchesneau. "Another meeting took place at the request of our office, but only for the purpose of discussing a very specific file — the issue of Ottawa as a bilingual city."

The Liberals insist that Meilleur's selection was based on merit, experience and a track record of defending francophone rights.

When asked by NDP Leader Tom Mulcair during the hearing who she'd spoken to in the Liberal party about becoming a senator or the commissioner, Meilleur replied she'd spoken to Butts, who she knew from his time in former Ontario premier Dalton McGuinty's office.

Meilleur was a member of the Ontario legislature between 2003 and 2016.

"I spoke to Gerald Butts, who I know well because he worked for Mr. McGuinty in Toronto and I knew him," she said. "So I expressed (my interest) ... I was told there was a process and that I had to go through that process, which I did."

"I had a coffee with Katie," she said. "I asked her if I could serve Canadians ... I just told her I would like to continue to serve."