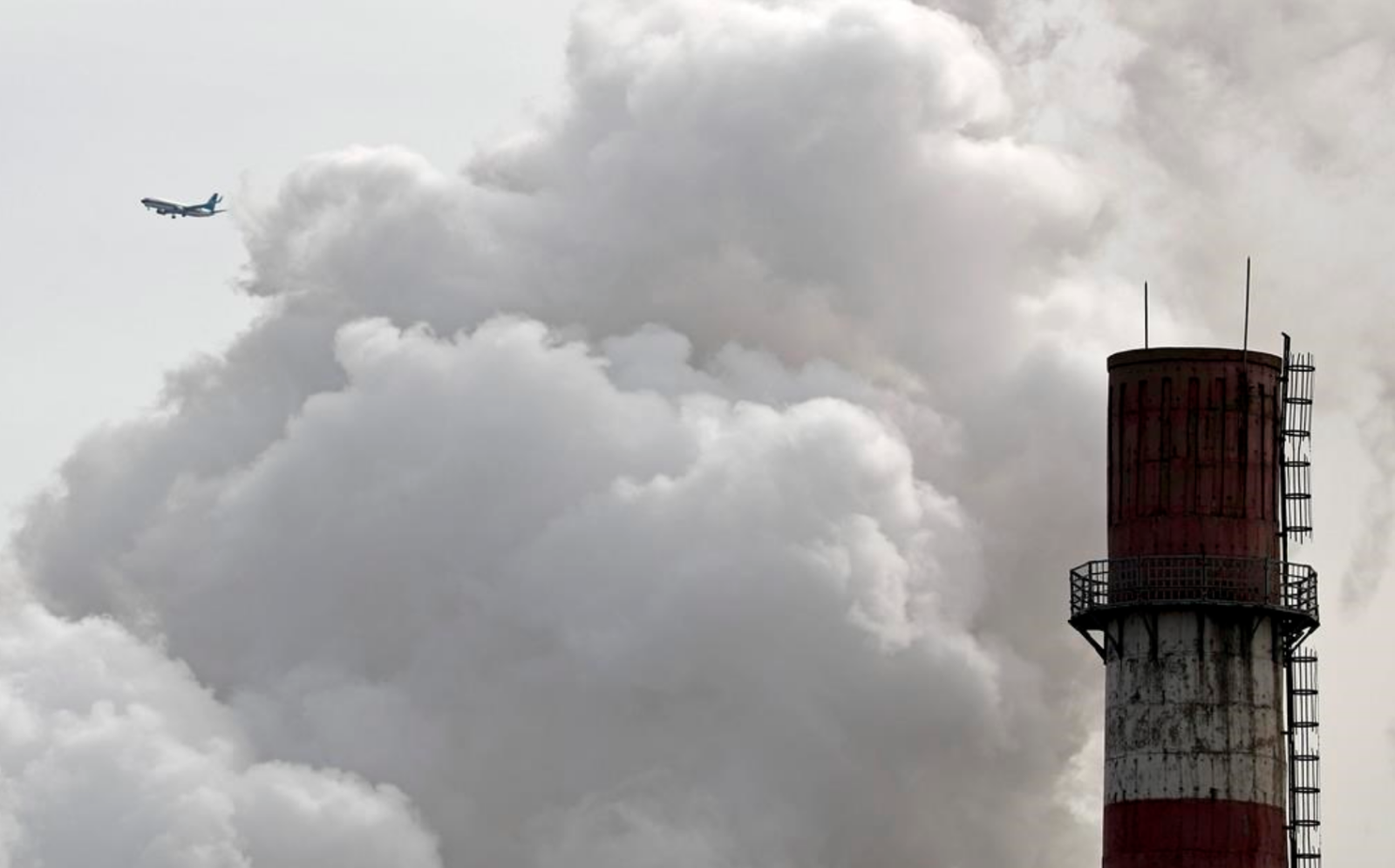 China could be launched into the climate leadership spotlight as the U.S. retreats from the Paris Agreement. File photo by The Associated Press
Previous story
Next story

President Donald Trump’s pullback from a global climate pact could accelerate China’s unlikely ascent toward leadership in stemming global warming and promoting green technology, and on global matters far removed from the environment.

Trump’s announcement that the U.S. would leave the Paris accord immediately sparked international criticism, deepening perceptions of an America in retreat after recent reversals on free trade and foreign aid.

China may be poised to fill the breach. The world’s largest emitter of man−made carbon dioxide, considered a top cause of climate change, is already making rapid progress toward its Paris goal of stopping emissions growth by 2030. It has overtaken the U.S. in transitioning to renewable energy, generating a fifth of its electricity from renewable sources. The U.S. only sources about 13 per cent of its electricity from renewables.

And although China remains heavily reliant on coal and pollution is a persistent problem for its 1.3 billion citizens, the country’s communist rulers say they’re determined to institute fundamental change. That commitment has much of the world now looking to Beijing, which wants to assert itself on the global stage.

"They were doing this before Trump was elected," said Carolyn Bartholomew, the U.S.−China Economic and Security Review Commission chairwoman. Criticizing Trump in a personal capacity, and not on behalf of the bipartisan panel that advises Congress, she added: "He’s just making it easier for them by pulling the U.S. back from the position of global responsibility."

China was positioning itself even before Trump officially declared his intentions in Thursday’s Rose Garden speech. It said this week it would work with the European Union to uphold the agreement, whatever Washington decided, with Premier Li Keqiang and EU officials set to discuss the matter Friday in Brussels.

Even potential U.S. partners reached out across the Pacific.

China’s emergence as a new, alternative unifying force is hardly limited to environment. As the Trump administration has stepped back from America’s traditional role of dominance on trade and development, China has filled the vacuum, expanding its ever−growing footprint across the globe on everything from new roads and ports to bank loans and energy projects.

To Washington’s chagrin, China last year set up its own development bank to meet needs left unfilled by U.S.−led institutions like the World Bank. Last month, President Xi Jinping hosted more than 20 world leaders for a show case of its economic initiative to build infrastructure linking Asia and Europe. Earlier this year, Xi made a high−profile speech in Davos, Switzerland, embracing at least the idea of an economic globalization that Western leaders like Trump are increasingly fleeing.

By contrast, Trump has pulled the United States out of President Barack Obama’s ambitious Trans−Pacific Partnership, a trade deal that would have spanned a dozen nations from the U.S. to Chile to Japan. China wouldn’t have been privy to the deal. Trump also is proposing sharp cuts to U.S. budgets for humanitarian and development assistance for the world’s poorer nations.

On climate, Beijing is taking action. It recently cancelled construction of more than 100 new coal−fired power plants and plans to invest at least $360 billion in green−energy projects by the end of the decade. Its consumption of coal fell in 2016 for a third consecutive year. It could meet its 2030 target a decade early.

Obama’s effort to engage China’s Xi on climate issues helped spur the change. A pre−Paris agreement between the two nations — the world’s two largest emitters — galvanized international action that culminated in the final deal endorsed by nearly 200 governments. By withdrawing, Trump puts the U.S. with Nicaragua and Syria as the only nations outside the accord.

After three decades of rapid economic growth, China is assuming a mantle of leadership in the Asia−Pacific and beyond. That speaks not just to its leaders’ desire to modernize the nation, but also for global recognition and a re−emergence from the "humiliations" suffered during colonial rule and war during the 19th and 20th centuries.

The re−emergence, however, has spooked neighbours as China wields growing economic and military clout. It also has fueled concerns of strategic rivalry with the United States that could end up in conflict.

Still, countries in Asia and beyond also are seizing opportunities of doing ever bigger business with China’s growing economy, destined to become the world’s largest. China is finding willing partners not just in the developing world, but also in the West. And with economic co−operation comes greater influence.

China is just getting started on the massive environmental work needed in the next decades. While it tops the world in the amount of energy it sources from solar and wind, its economy remains reliant on energy−intensive, intensely polluting industry. It is "both a leader and a laggard" in addressing climate change, said Sarah Ladislaw, an energy expert at the Center for Strategic and International Studies.

The shift to renewables is making them more affordable, even if China’s technology lags that of cutting−edge America and Europe.

And while China’s commitment keeps the Paris deal alive, it could struggle without U.S. support to persuade the rest of the world to live up to its promises.

Of China, Ladislaw said: "I just don’t know how they can single−handedly show enough leadership to do that."

— Story by Matthew Pennington, with files from Ellen Knickmeyer in San Francisco, Jonathan J. Cooper in Sacramento, Calif. and Michael Biesecker in Washington.