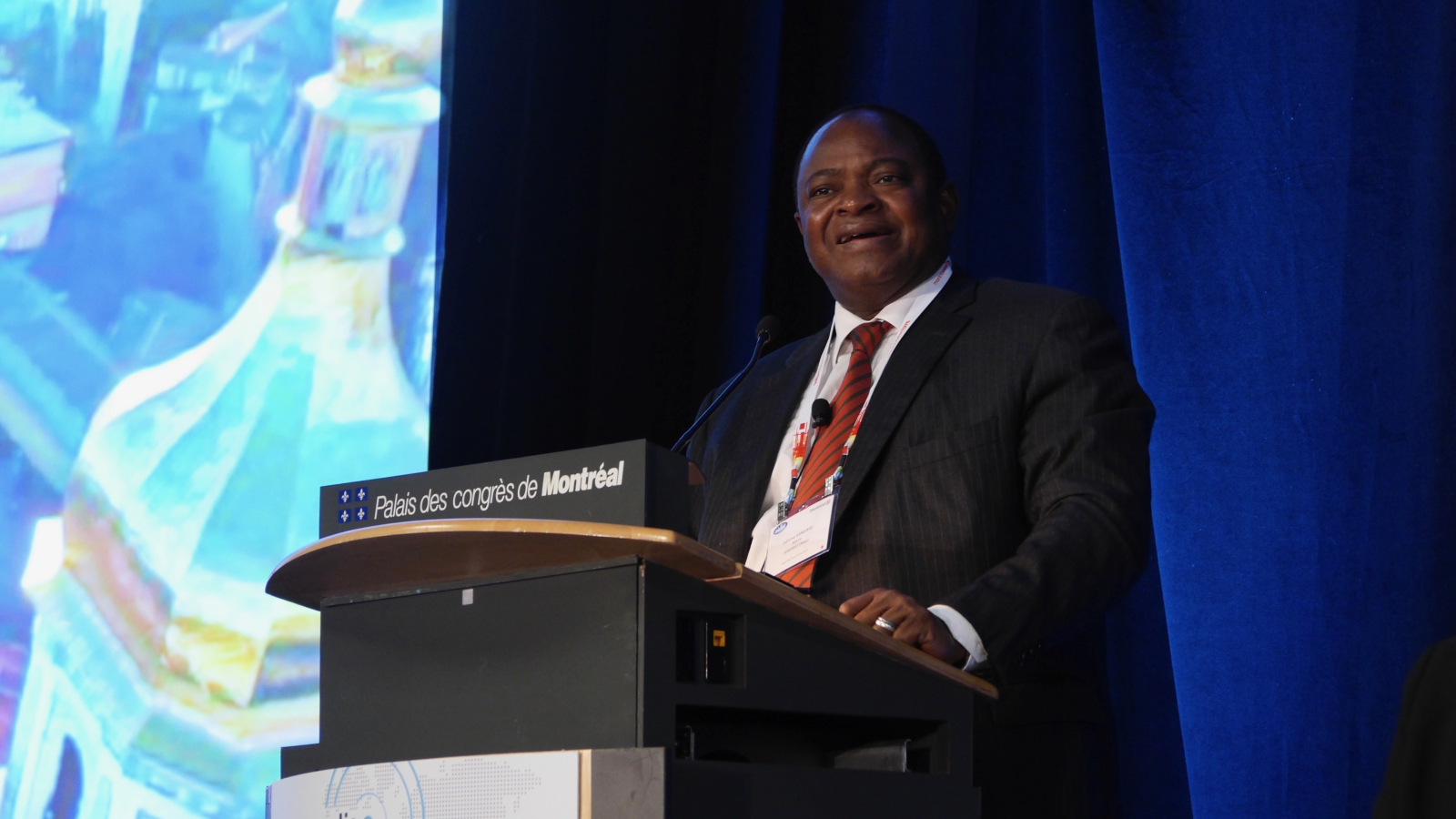 Mayor Adama Sangaré of Bamako, Mali, speaks at a panel on sustainability at the Metropolis World Congress in Montreal on June 20, 2017
Previous story
Next story

Citizen support and participation are vital to the success of projects to make cities greener, mayors and experts said at an international conference in Montreal.

Harnessing the power of people

Alexandros Modiano, vice-mayor of Athens, recalled his realization of how enthusiastic his own citizens were to participate at the local level when they started a civic project to take care of community gardens. The municipality was expecting a turnout of less than 200 people, said Modiano, but 800 signed up. From there, residents worked with the local government on green and health initiatives, like community composting.

Officials in Seoul, South Korea’s capital, found citizens were equally enthusiastic about local initiatives for renewable energy. After experiencing a massive power blackout in 2011 and observing the Fukushima nuclear disaster in neighbouring Japan, Seoul officials started investing in green energy to respond to their citizens' concerns.

“(Local government) is making efforts to engage citizens from the beginning of the policy making to its implementation,” said Jaemin Song, director general for international urban development collaboration with the Seoul Metropolitan Government.

Kwadwo Ohene Sarfoh, consultant for the Future Cities Africa Project in Accra, Ghana’s capital, has witnessed his home city develop economically at a rapid pace, he said, while other social or environmental developments still lag. Poverty decreased 20 per cent in Accra between 1991 and 2012, according to the World Bank, but access to piped water declined by 22.5 percentage points between 2000 and 2010.

Sarfoh said lack of interaction and trust between Accra's government and its citizens undermines social and environmental progress:

“Most citizens have no contact with officials from [Accra],” he told panelists. “We also see that many [citizens] have very low perception of the city’s capacity [to improve their livelihoods].”

In Ukraine, citizens distrust local representatives after years of corruption, explained Kiev Mayor Vitali Klitschko. He was elected in 2014, after the Ukrainian revolution sparked by the federal government’s decision to suspend signing an agreement with the European Union. The event led protesters to call for a stop to widespread government corruption.

“The system was big, inflexible and corrupt and it had to be changed,” he said, addressing the rebuilding of trust with Ukrainians, national and international companies.

For Adama Sangaré, mayor of Bamako, the capital of Mali, the priority is not corruption, but fighting and adapting to climate change. His city was confronted with yet another terror attack later claimed by a new regional alliance of Islamist militants linked to al-Qaeda only two days before he spoke at the panel. But as mayor, he said the environment remains a priority.

It will even help his city fight terrorism, he explained.

“(Terrorism and the environment) are linked because when we don’t do sustainable development to preserve natural resources, when we don’t manage to preserve a city and reduce pollution in all its forms — we see unemployment problems, underdevelopment and there’s when terrorists recruit the youth,” he said in an interview with National Observer.

World mayors at Vatican: climate change is real, man-made and must be contained