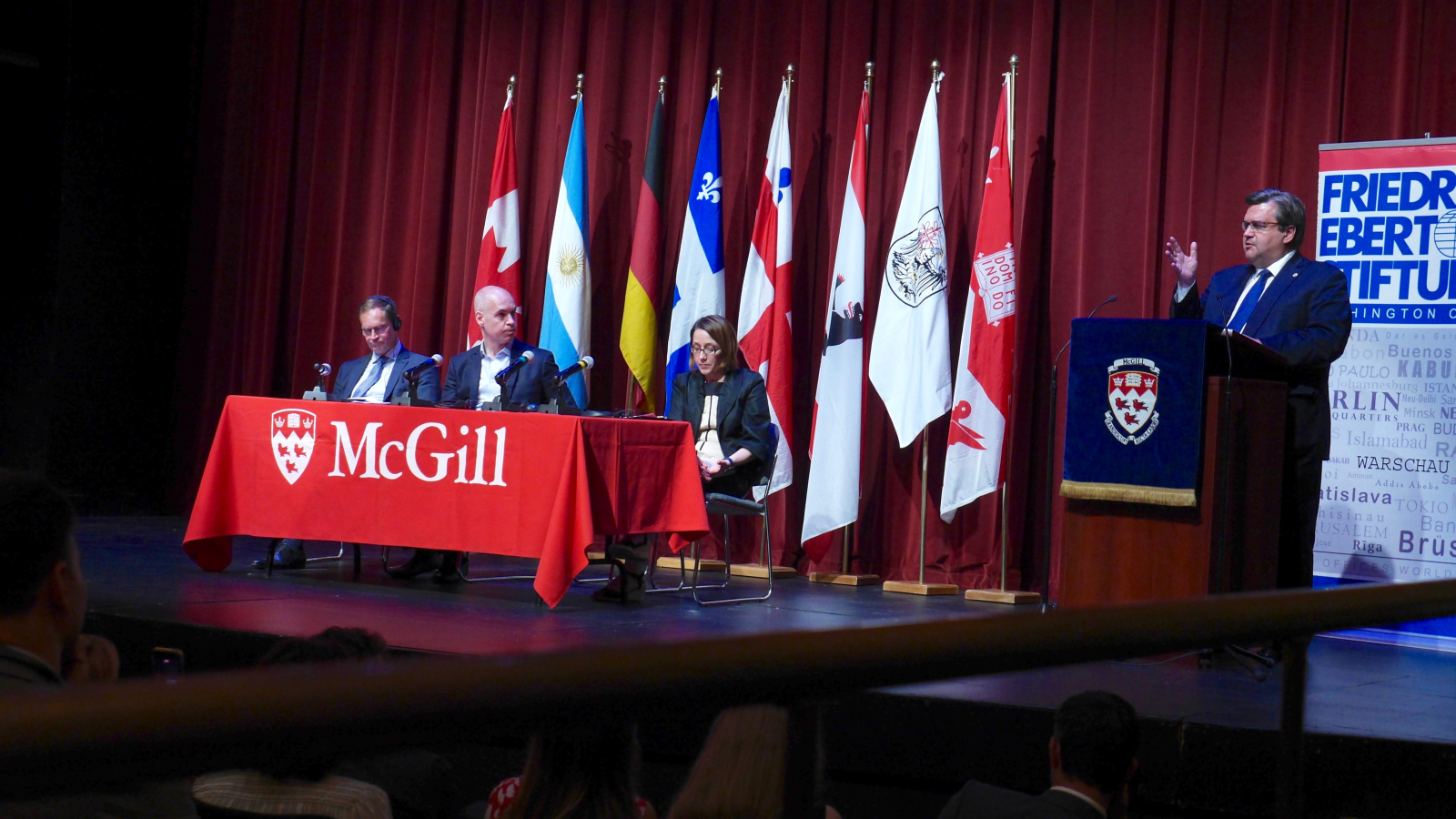 Montreal Mayor Denis Coderre speaks at a conference on integration of immigrants in Montreal on June 19, 2017. Photo by Clothilde Goujard
Previous story
Next story

The mayors of Montreal, Berlin and Buenos Aires are advocating more cooperation and leadership from cities around the world to integrate immigrants and fight the rise of extremists.

On the eve of the 12th world congress of the World Association of the Major Metropolises in Montreal, the three leaders gathered to share their experiences of welcoming immigrants into communities. The sold-out event was organized by the Friedrich-Ebert-Stiftfung, a German political foundation, and the McGill Centre for Human Rights and Legal Pluralism.

“Our city has managed to integrate a lot of people but we still face many challenges ahead,” said Berlin Mayor Michael Müller.

He noted that some immigrants faced discrimination and struggled in their new cultural and economic surroundings. Some also faced challenges integrating since their foreign diplomas weren't recognized in their new homes, Müller said.

Western countries have had to reckon with a global refugee crisis sparked by conflicts in Syria and Iraq. On the very day of the event, the United Nations High Commission for Refugees (UNHCR) said a record 65.6 million people were displaced from their homes last year by conflict and persecution.

Amid these challenges, and as populist, anti-immigrant and extreme-right or extreme-left activists get louder, these mayors called for more cooperation between increasingly powerful urban centres to deal with newcomers, including refugees and economic migrants.

"We are the level of government that's closest to the people," Montreal Mayor Denis Coderre said at a news conference. "Now with Prime Minister (Justin) Trudeau and Premier (Philippe) Couillard in Quebec for example, there's a (higher) level of autonomy and of recognition. This is the beginning of the reconciliation between levels of government."

After Toronto and Vancouver, Montreal has the most immigrants of all Canadian cities, housing 12.5 per cent of all immigrants in Canada. Immigrants account for 22.6 per cent of Montreal's population, according to the latest figures from Statistics Canada.

“In the next 20 years, 75 per cent of the overall population will be in cities so the future lies in cities. So you have a formidable laboratory where the biggest problems with the biggest solutions will be there,” added Coderre, a former federal minister of immigration.

The mayor of Buenos Aires, Horacio Rodriguez Larreta, also insisted it's necessary for cities to develop a “strong political voice and responsibility,” especially with a global rise of populist and ethnic nationalist movements pushing for stricter immigration laws.

Germany is seeing the rise of the populist right-wing Alternative for Germany (AfD) party and Berlin Mayor Müller warned that cities alone could not counter these movements.

“We need to forge alliance between the different stakeholders, the churches, trade unions and business associations,” he said. “ We must send a clear and strong message: we are happy to welcome immigrants.”