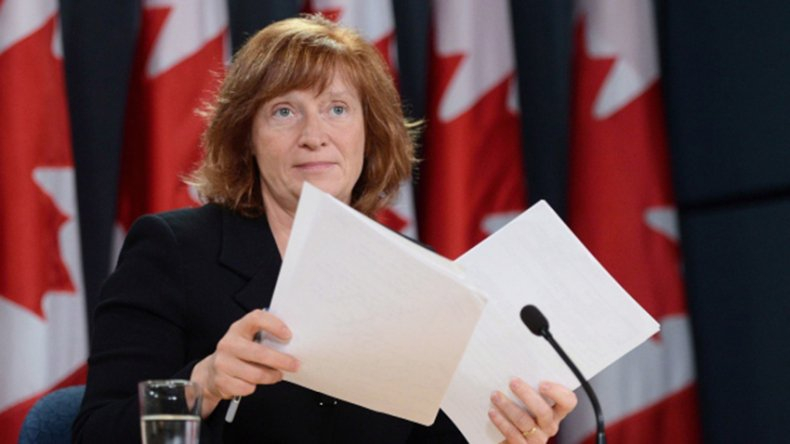 Information Commissioner Suzanne Legault says Canada's access to information law is "being used as a shield against transparency." File photo by The Canadian Press
Previous story
Next story

Even once reforms proposed by the Trudeau government are in place, Canada would sit only 46th on a list of global freedom-of-information rankings — sandwiched between Peru and Bulgaria.

The Halifax-based Centre for Law and Democracy says the planned changes to the Access to Information Act tabled this week would add just two points to Canada's overall score for its legal framework on the right to information.

The new score — 92 points out of a possible 150 — would bump Canada up three places on the country listings, from its current ranking of 49th in the world.

"After waiting a full generation for these reforms, surely Canadians deserve better," the non-profit centre said in an explanatory note published Friday.

The Access to Information Act, which took effect in 1983, allows people who pay $5 to ask for records ranging from internal studies and meeting minutes to correspondence and travel receipts. Departments are supposed to answer within 30 days or provide valid reasons why they need more time.

Canada's law, once seen as an example for other countries, now lags far behind those of Mexico, Serbia, Sri Lanka and many others in the centre's rankings. The list is based on elements including a law's general right of access, scope, requesting procedures, exceptions and refusals, and appeal process.

The Access to Information Act has been almost universally criticized as slow, outdated and hobbled by exceptions that enable agencies to cling to information, including archival files many decades old.

Canada gets credit from the centre for promising in the bill to give the federal information commissioner, an ombudsman for users of the law, power to order the release of records.

But the Liberal bill does nothing to narrow or close exceptions in the law that allow agencies to withhold information, the centre says.

The bill also backpedals on a campaign promise to fully apply the Access to Information Act to ministerial offices, including the Prime Minister's Office. Instead, it would require such offices to regularly release certain types of records, including briefing materials, hospitality and travel expenses and contract information.

The measure "falls far short" of bringing the offices within the ambit of the law, the centre says.

"While more proactive disclosure is always welcome, as anyone who has used the act knows, it is absolutely not a substitute for the right to be able to request the information one is interested in from public authorities."

The new, proactive publication requirements would apply to all institutions covered by the access law.

The list of regular releases excludes many records of genuine value that should be automatically disclosed, such as meeting minutes, environmental reports and air safety records, said Ken Rubin, a long-time user of the access law.

Rubin also opposes a provision in the bill that would allow an agency to refuse to process a request unless the applicant states the type of record being sought, the subject matter and the relevant time-frame.

"That is heavy-duty repression of applicants' rights to access," Rubin said. "The wording is highly offensive."

In background information explaining the proposals, the government says the intention is to focus limited resources on requests that are consistent with the spirit of the law.

Sean Holman, an assistant professor of journalism at Mount Royal University in Calgary, sees a possible flaw in the logic of requiring a requester to be more precise.

"You can sort of envision a Kafkaesque situation where, how do you know what type of record you want when you don't know what types of records you want?"