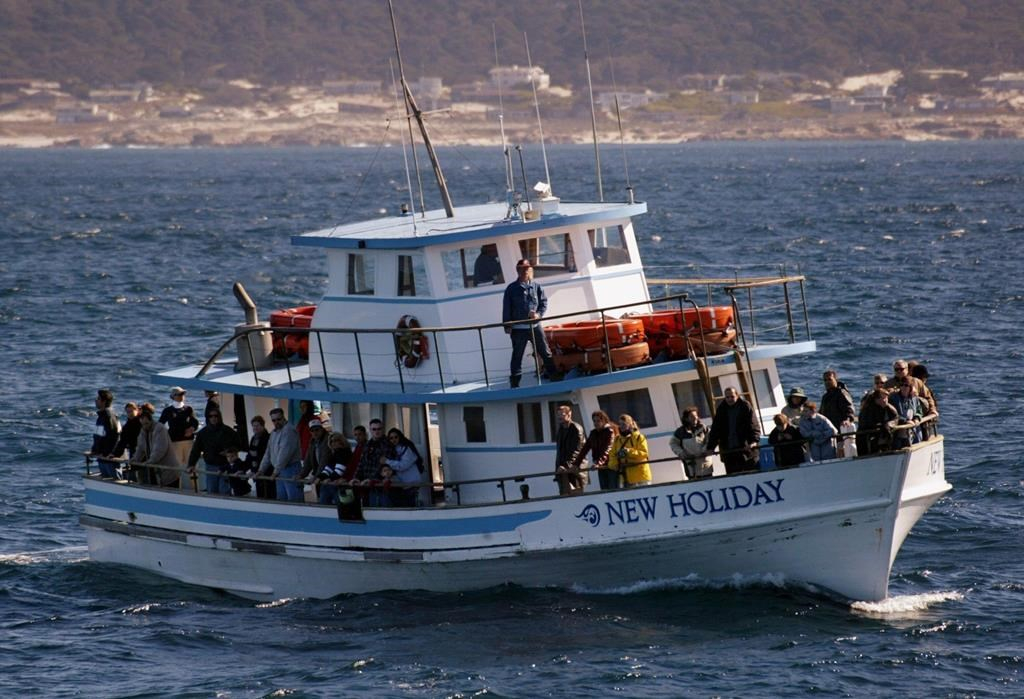 In this Feb 9, 2002, file photo tourists watch for whales from a boat in Monterey Bay off Pebble Beach, Calif. File photo by The Associated Press/ Mike Fiala
Previous story
Next story

Whale-watching is a growing tourist business in many parts of the world, and delegates to an international whale conference in South Africa say guidelines to protect the animals are increasingly needed.

The calls for more boat-licensing and monitoring came as delegates said some heavily depleted whale species have been recovering well since an international ban on commercial whaling was imposed in 1986. Other threats such as fishing nets and contaminants remain, while the long-term impact of climate change is a concern.

About 13 million people annually board boats to see whales or dolphins, and commercial operators offer the activity in some 120 countries and overseas territories, said Dylan Walker, CEO of the World Cetacean Alliance. Cetaceans include whales, dolphins and porpoises.

The flourishing industry requires more safeguards to reduce stress on marine species and minimize disruptions when they are resting, socializing, feeding or travelling, Walker said.

"A large vessel that parks right next to the animals can potentially disturb those animals from doing those activities," he said, citing cases of mothers separated from their young by an approaching vessel.

Walker described South Africa as a "world leader" in responsible whale-watching, saying strict license limits mean there is only one commercial operator in stretches of water along many parts of the coastline.

Scientists are studying the potential effect of repeated whale-watching on the behaviour of individual whales, including any changes in feeding, reproduction and mortality rates, said the International Whaling Commission, which oversees conservation of the marine mammals and manages whaling.

The research has led to whale-watching measures including "limits on vessel numbers, speeds, approach distances and time spent with whales, and a variety of training and permit schemes," according to the commission. Over 50 countries have whale-watching guidelines or rules, it said.

Whale-watching boats in Madagascar must have a monitoring guide — paid or a volunteer — on board, said Francois Xavier Mayer, scientific adviser for Cetamada, a non-profit group that aims to protect marine mammals and their habitats. The group is co-hosting a forum next week on Reunion, a French island in the Indian Ocean, to discuss humpback whales, whose population has increased annually by 10 per cent in some areas, including off southern Africa, South America and Australia.

A group in Greece, meanwhile, is setting up a marine sanctuary in a bay on the island of Lipsi to rehabilitate any captive dolphins released from marine parks. Public unease with the treatment of dolphins in such entertainment facilities is growing, said Anastasia Miliou, scientific director at the Archipelagos Institute of Marine Conservation in Greece.

There are 300 captive dolphins in Europe, out of 2,000 worldwide, Miliou said.

"We are hoping to bring back respect to dolphins," she said.