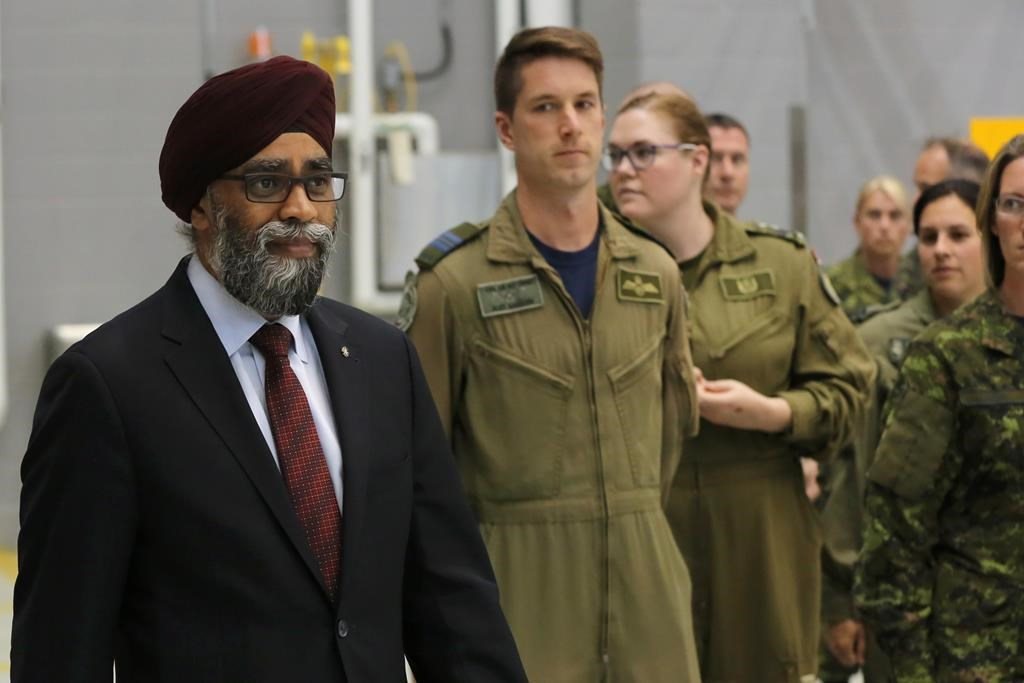 Defence Minister Harjit Sajjan's office will look into the troubling incident, which took place on Canada Day in Halifax. File photo by The Canadian Press
Previous story
Next story

The military says five men involved in a filmed confrontation at an Indigenous ceremony in Halifax are members of the Canadian Armed Forces, and any misconduct will be addressed.

The men approached a spiritual event honouring the suffering of Indigenous Peoples on Canada Day, at a statue of Halifax's controversial founder, Edward Cornwallis.

The group of men were clad in black polo shirts with yellow piping — one of them carrying a Red Ensign Flag — as they approached singing "God Save the Queen," according to one Mi’kmaq organizer. The Canadian Red Ensign, which bears the Union Jack in the corner, was the national flag until it was replaced by the Maple Leaf design in 1965.

National Defence spokesman Daniel LeBouthillier confirmed Tuesday that five Forces members were involved in the incident, at least two of whom belong to the Navy.

Commanders of the Canadian Army and Navy released a joint statement Tuesday saying that the chain of command "takes action" when a member's conduct is not in keeping with military code.

"The actions of a few do not reflect the Royal Canadian Navy and Canadian Army commitment to being inclusive and diverse organizations," Vice-Admiral Ron Lloyd and Lt.-Gen. Paul Wynnyk said in a Facebook post.

"Unfortunately, some of our sailors and soldiers have not ... made the necessary mind shift that leads to deep institutional change."

Lloyd and Wynnyk said they are confident that command teams in the Navy and Army know "what right looks like," and said their actions will not be shared on social media unless required.

Cornwallis, as governor of Nova Scotia, founded Halifax in 1749, and soon after issued a bounty on Mi’kmaq scalps in response to an attack on colonists.

A video of the Canada Day incident at the Cornwallis statue shows five men interacting with spectators at the ceremony.

"This is a British colony," one of the men says in the video. "You're recognizing the heritage and so are we."

In the video, one of the spectators appears to hold an upside-down Canadian flag, which someone implies has been marked with the word "decolonize."

Asked if the group is associated with an organization, one of the men in the video says, "The Proud Boys, Maritime chapter."

The Proud Boys Canadian Chapters Facebook page says they are "a fraternal organization of Western Chauvinists who will no longer apologize for creating the modern world" and do not discriminate on the basis of race or sexuality.

A witness to the interaction says the men kept their voices down as the ceremony continued and left after about 10 minutes with little incident.

A spokesperson for Defence Minister Harjit Sajjan said he has been made aware of the claim and his office is following it closely.