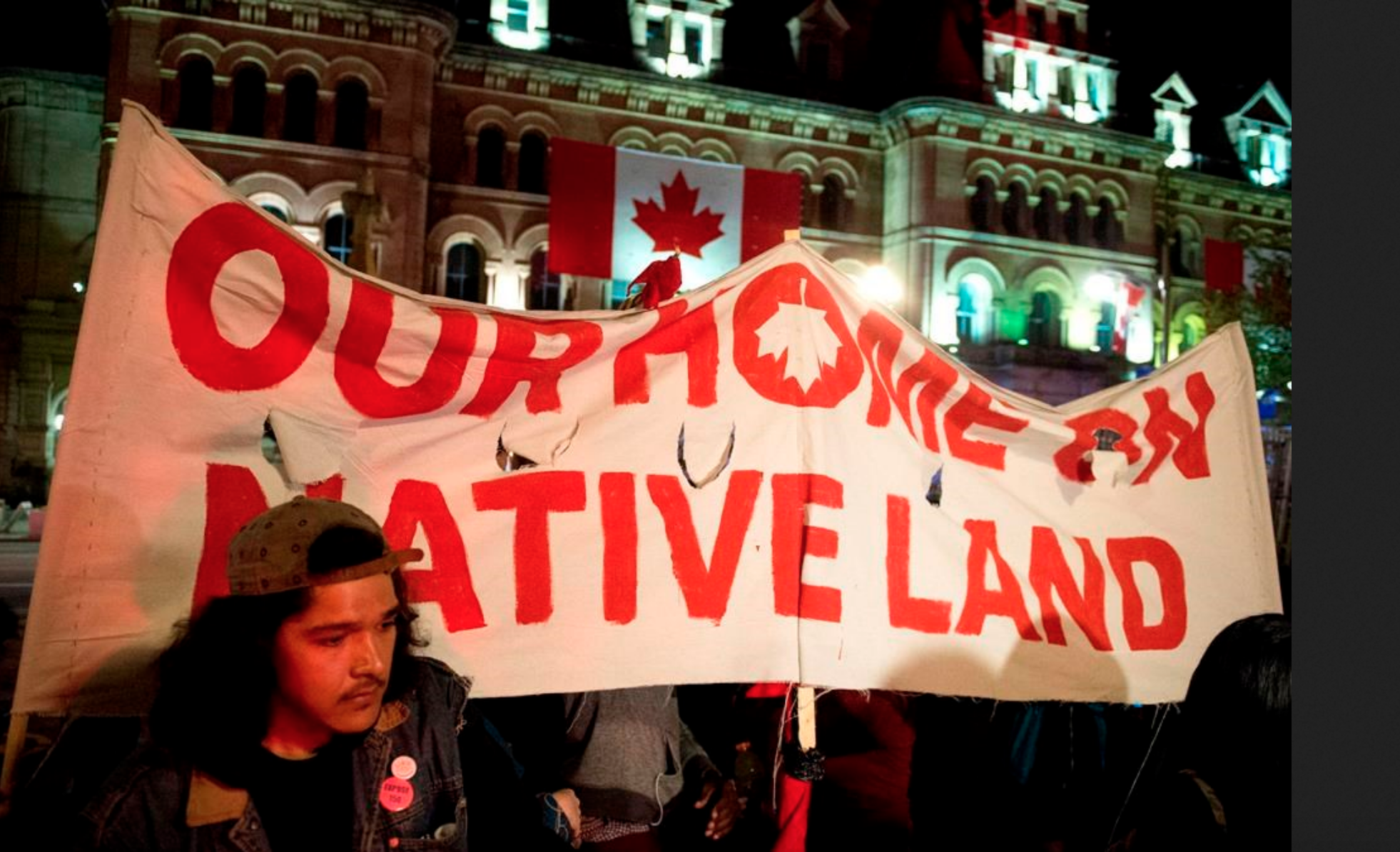 Indigenous demonstrators erected a teepee on Parliament Hill in the early hours of Thurs. June 29, 2017, to bring attention to the plight of Indigenous people ahead of Canada 150 celebrations. Photo by The Canadian Press
Previous story
Next story

A large teepee erected by Indigenous demonstrators to kick off a four-day Canada Day protest was standing in front of Parliament Hill early Thursday just hours after their initial attempt was thwarted by police.

Police had blocked the group just inside the gates to Parliament Hill on Wednesday evening as demonstrators carried wooden poles on their shoulders to erect a teepee.

Both sides had refused to budge and a spokeswoman at the scene said 10 people were briefly held in custody before being released. Demonstrators initially said about 15-20 people had been taken into custody.

Candace Day Neveau, from a group called the Bawating Water Protectors that arrived in Ottawa from Sault Ste. Marie, Ont., on Wednesday, said those arrested were ordered to stay away from Parliament Hill for six months.

Videos posted on social media showed RCMP officers dragging away at least one person as others chanted "shame" and "let our people go!" Police had also erected a barricade to prevent anyone from going further up the Hill.

However, Day Neveau later said demonstrators intended to carry through with their plan to erect a teepee. Photographs on social media early Thursday showed a large tan-coloured teepee had been erected inside a barricade in front of the Parliament buildings.

Jessica Bolduc, who was with the Sault Ste. Marie group, said they wanted to build a teepee on what is unceded Algonquin territory.

Bolduc said it is also about recognizing there is much work to do before anyone can say Canada had achieved reconciliation.

"I think Canada has one sort of view and way in which they engage with the world around them and then there is the Indigenous experience," said Bolduc.

"We talk about this smart and caring nation, but don't acknowledge that those privileges aren't afforded to Indigenous peoples in the same way that they are to folks who have settled here, whether that was 200 years ago or to people who we are welcoming here today in a ceremony of becoming Canadian," she said.

The demonstration was being held across from the former Langevin Block, which Prime Minister Justin Trudeau had renamed as the Office of the Prime Minister and the Privy Council on June 21.

He said the change reflected what he called the "deep pain"felt by Indigenous communities over having the building named after Hector-Louis Langevin, a father of Confederation and an architect of the residential school system.