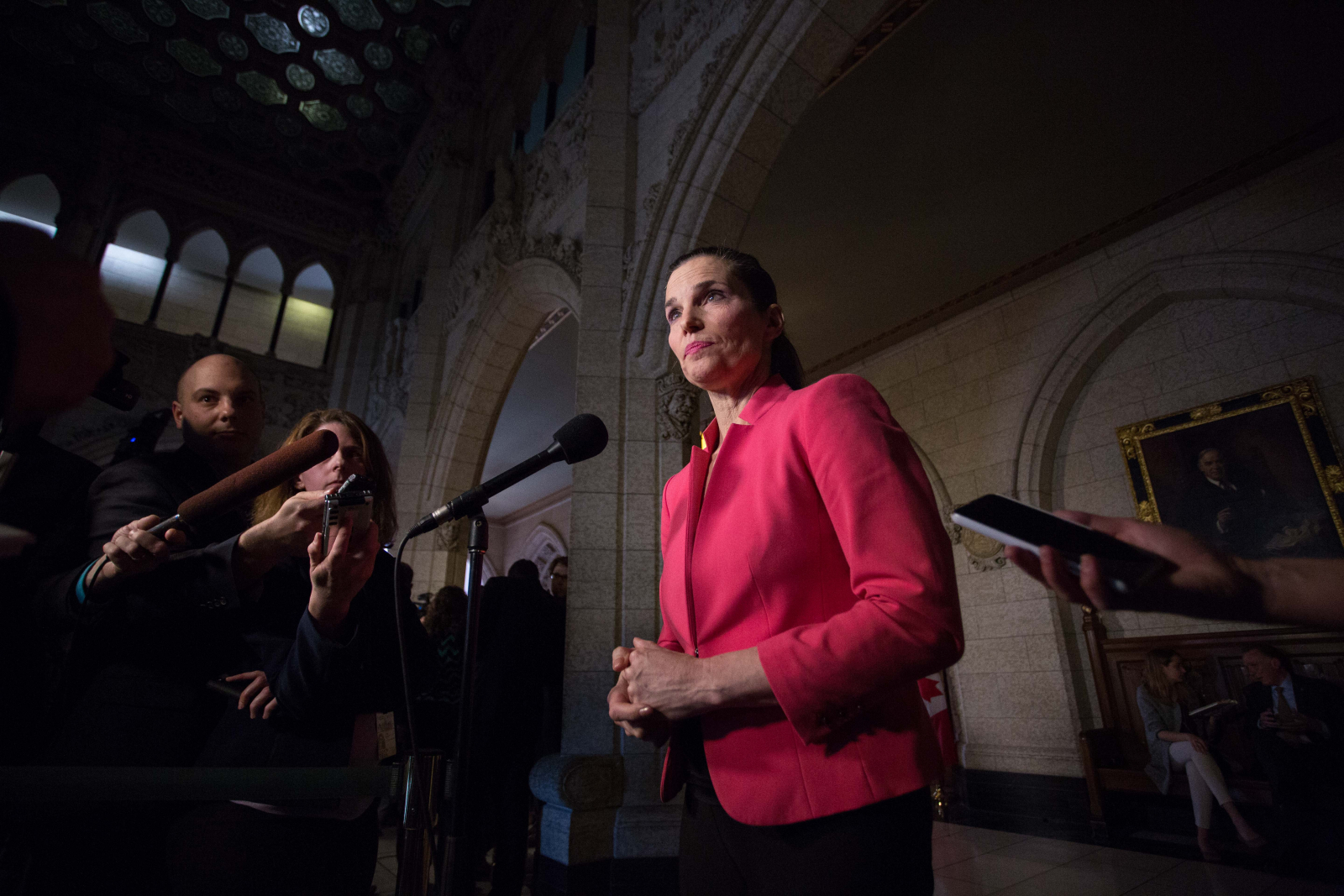 The Trudeau government may have unmuzzled Canada's scientists, but researchers say it still has a long way to go in making Canada a world leader in scientific research and development.

Recent reports examining the sector at large highlight the erosion of federal research funding under the former Stephen Harper government, and point to possible solutions for restoring the competitiveness of Canadian scientists.

A federally-appointed review panel, for example, noted in its April report that between 2010-2014, Canada’s spending on research and development hovered between 1.5 and two per cent of its gross domestic product. This represents a decline from more than two per cent under Jean Chrétien's Liberal government.

Global Young Academy, in its own June evaluation, found that in 2005 — the year before Harper took office — natural or engineering scientists pursuing a "discovery" or fundamental research agenda might have had $20,374 available to them, but 10 years later, that availability was calculated to be just $13,131.

To help repair some of the damage, its authors suggest Canada look towards countries like Germany, South Korea and Israel, which spend between two and 4.3 per cent of the gross domestic product on research and development annually.

“My hope is that the Trudeau government will respond by making a really firm commitment to supporting research,” said Julia Baum, one of four authors of the Global Young Academy's report on restoring the "competitiveness" of Canada's fundamental research.

Global Young Academy is an international advocacy group that represents young scientists and supports evidence-based decision-making in governments and institutions.

The reports have put federal Science Minister Kirsty Duncan in the hot seat as she attempts to revitalize Canadian science after the infamous 'Death of Evidence' marches throughout Canada under the Harper government. Asked how she planned to respond to her panel's sweeping recommendations on strengthening Canadian research before the 2019 election, she said she first wished to emphasize the Trudeau government's record of undoing Harper-era policies.

“I’ll talk a little bit about what has been accomplished," she told National Observer. "Reinstating the long-form census: done. Unmuzzling our scientists: done. The largest increase to the granting councils in over 10 years, and it was unfettered, not tied money, like the previous 10 years: done.

“Launching the search for the chief science advisor, the first science review in 40 years, strong action to improve equity and diversity: done, done and done.”

In April, Duncan's appointed Advisory Panel on Federal Support for Fundamental Science published a 280-page report on how to restore Canadian science through new funding, oversight, advisory measures and culture shifts. It called on the Trudeau government to significantly increase its funding for scientific research and to create a new advisory council to oversee spending.

Duncan disagreed with the latter recommendation, arguing elected officials should be responsible for overseeing the way taxpayer dollars are spent. But she agreed with many others, she said. It takes courage, determination and "a whole lot of clout," she added, to implement those recommendations in the amount of time she has been in government.

Asked whether the ministry would attempt to fill in the funding gaps left behind by Harper, or go above and beyond filling those gaps with extra funding in the future, a senior official working for Duncan highlighted more recent Trudeau government successes. Those examples include the largest annual increase to federal research granting council in more than 10 years, $125 million for the Pan-Canadian Artificial Intelligence Strategy, $117 million for the Canada 150 Research Chairs program and $2 billion for new and renewed research and innovation spaces on campuses across the country.

"The Minister appreciates the Science Review panel’s call for increased funding for science but believes it is important to first take action to improve the system that disperses those funds," said the official in an email statement. "That way, when future funding is supplied it will be distributed in a way that is strategic, effective and meets the needs of scientists."

The federal government’s 2016 budget dispersed an additional $76 million over the previous year among funding bodies dedicated to health, natural sciences and engineering, and social sciences and humanities research. As part of the same funding envelope, the government also made an additional $19 million available to support post-secondary institutions.

At that time, the government promised to "provide an additional $95 million per year, starting in 2016–17, on an ongoing basis to the granting councils."

Baum, co-author of the Global Young Academy report, warned that future funding must be consistent.

“You don’t make one step along the journey and then stop,” she said.

Baum, an associate professor of biology at the University of Victoria, said their work on the report began in 2014, well into the Harper government’s third mandate. Programs dedicated to funding “fundamental,” or exploratory research were hardest hit, they quickly discovered.

“What prompted me was frustration at the then-federal government’s dismantling of support for research," she explained, adding that failure to adopt a long-view on fundamental research can stifle innovation or miss its place as an "essential building block."

There are many funding programs available to researchers, and these fluctuate year to year. As part of their study, the authors boiled the matter down to average funding available to individual researchers.

Illustrating the extent of cuts, they found that humanities scholars or social scientists, saw "insight" research funding drop from an average $8,102 per person in 2005 to $5,593 per person in 2015. This accounts for a 31 per cent decline over a decade.

One departure the authors found was in research done with community or industry members by hard scientists. These application-oriented projects saw a nine per cent increase in available per-person funding: in 2005, $10,253 was available per person and in 2015, that number rose to $11,178.

Canada could lose an 'entire generation' of researchers

As federal funding for fundamental or discovery-oriented research dropped, Baum said, it became less possible for researchers to stay and launch careers in Canada.

"We're very much at risk of losing an entire generation of researchers," she said, adding that those who remain are spending more of their time writing grant proposals.

Put another way, she said innovative ideas can be put on hold while researchers "write grant after grant" proposals for funding.

“Researchers are passionate about the work that they do and we want to be able to ask big bold questions about the world, what could change the world around us,” Baum said.

The initial scope of Baum and her team’s research was global, but as results poured in from Canadian researchers, they shifted focus to Canada’s research ecosystem.

​— with files from Elizabeth McSheffrey

An entire generation of

An entire generation of Canadian researchers could have been partly funded by Ottawa's spending of over $500 million to mark Canada's 150th birthday.
What a contribution to science that would have been.

"The Minister appreciates the Science Review panel’s call for increased funding for science but believes it is important to first take action to improve the system that disperses those funds,"
What was the "system" that approved and dispersed the funds for the birthday bash?

When so many Indigenous communities don't have potable water or adequate housing, let's celebrate Canada with our First Nations by also honouring their needs through respectful cooperation and funding.