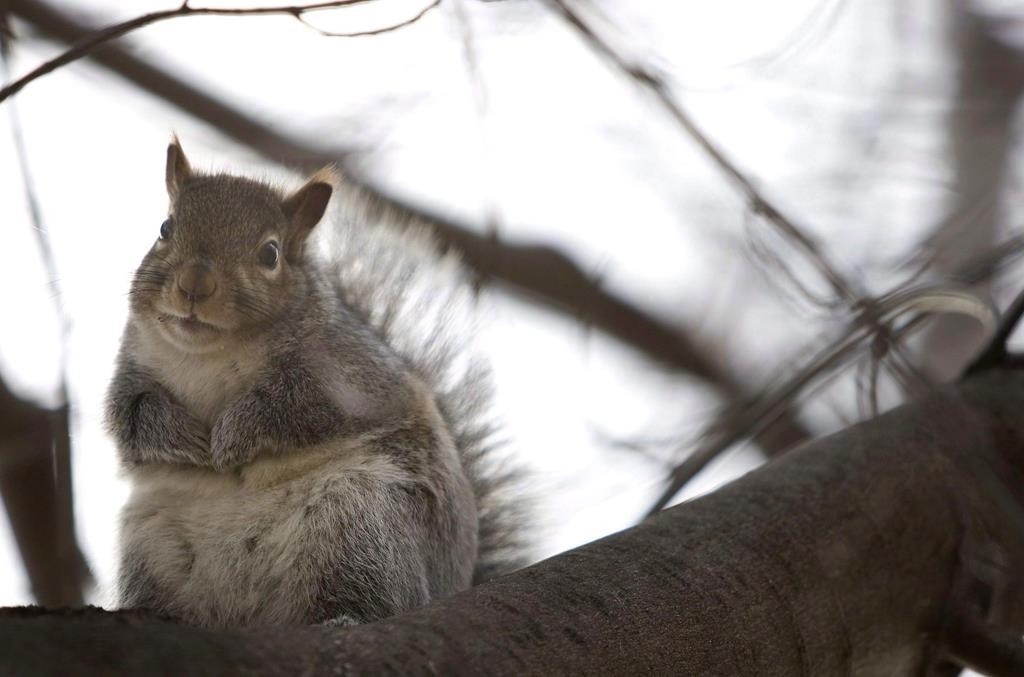 A squirrel sits in a tree stripped of it's fall leaves in Toronto on Monday, November 30, 2009. File photo by The Canadian Press/Chris Young
Previous story

Squirrel meat could soon be on the menu in Quebec if a Montreal university student succeeds in his quest to make it legal to hunt the furry rodents.

Martin Poirier has started a petition to convince the provincial government that adding squirrels to its list of game animals isn't such a nutty idea.

Poirier, 21, points out it's already legal in many provinces and that Quebec allows the killing of other small game such as rabbits, marmots, raccoons, pigeons and quail.

"Grey and red squirrels are native species in our territory, they're healthy and the population isn't in danger," he said.

"There's really no reason why it shouldn't be allowed."

In the petition, he argues legalizing the hunt would benefit the province by giving new hunters an easier and cheaper way to get started.

While hunting moose and bear can be expensive and involve long trips, he says squirrel hunting can be done in an afternoon.

"It would be a good way for youth and new hunters to start hunting before moving on to big game," he said.

One wildlife expert says he doesn't see any reason the critters' numbers couldn't survive a regulated hunt in Quebec as well.

"Population densities have gone up quite a bit, so in terms of harvesting them in a well-controlled system, I don't really see a problem," said David Rodrigue, executive-director of the Ecomuseum zoo in Sainte-Anne-de-Bellevue, Que.

He says the animals might carry some disease or bacteria, but not necessarily more so than any small game.

Poirier admits his idea has been met with some resistance on social media, mostly from people who live in cities and oppose hunting.

"You could say people have an emotional attachment because the animal is seen as 'cute'," he said.

He said some people are also picturing their local park squirrels being gunned down, when in reality any hunting would take place outside urban areas.

Poirier's petition, which is available on the Quebec legislature's website, had more than 450 signatures as of midday Friday.

And although Poirier has never tried eating one, he points out they're considered a delicacy in some circles.

Montreal celebrity chef Martin Picard is apparently a fan, having even included a recipe for "squirrel sushi" in a 2012 cookbook.

"We mustn't forget that eating squirrel and beaver is part of a long tradition in Quebec and elsewhere in the world," he wrote in "Au Pied De Cochon Sugar Shack."

"Hunting brings us back to a vital truth about food. When you slaughter an animal, you gain a finer understanding of the true value of what you are eating."