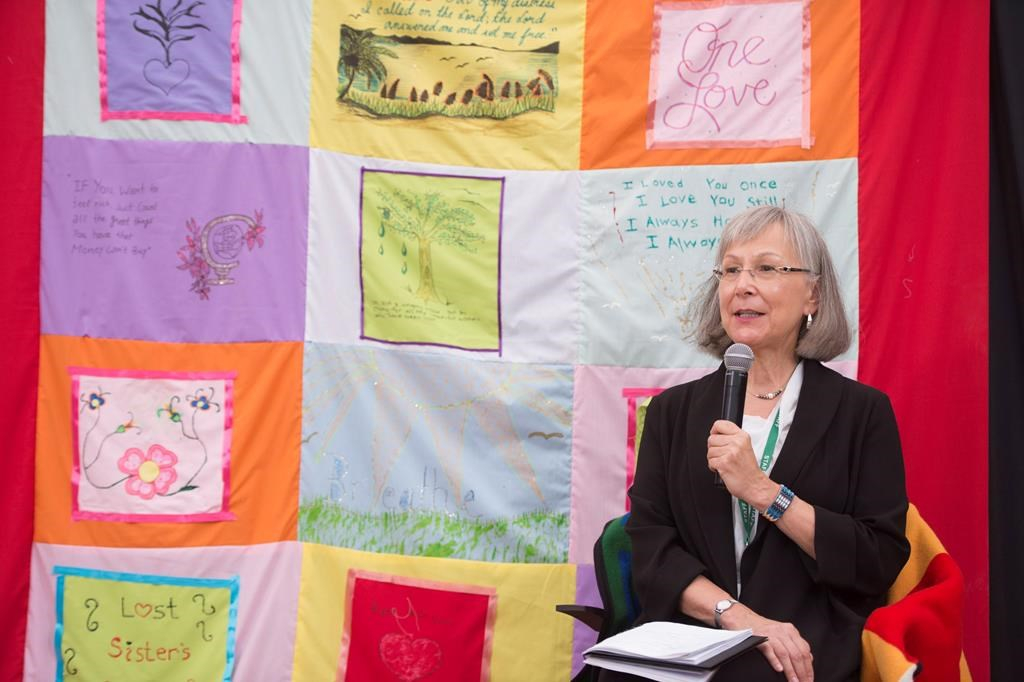 Marion Buller, chief commissioner of the national inquiry into missing and murdered Indigenous women and girls, says she has no intentions of resigning from her position. File photo by The Canadian Press
Previous story
Next story

The heavily scrutinized inquiry into missing and murdered Indigenous women and girls was on the defensive again Tuesday, forced assure the public it is moving ahead with its work despite the resignation a Metis commissioner from Saskatchewan.

Marilyn Poitras, one of five commissioners named by the Liberal government last summer to examine the root causes of violence against Indigenous women and girls, explained her decision in a letter to Prime Minister Justin Trudeau.

"It is clear to me that I am unable to perform my duties as a commissioner with the process designed in its current structure," Poitras' letter said, noting she will step aside as of July 15.

In a statement released later Tuesday, Poitras said she felt regret and a heavy heart as she made her decision.

"I strongly feel the terms of reference that we were set out to achieve have not been met," she said.

Poitras' resignation comes shortly after the exit of the commission's executive director, Michele Moreau, and is further evidence "the whole inquiry is in jeopardy," said Sheila North Wilson, a grand chief of an organization representing First Nations in northern Manitoba.

"I maintain that the chief commissioner needs to resign to restore any kind of faith among the families and survivors of missing and murdered Indigenous women," she said.

In an interview, Buller thanked Poitras for her contributions, adding the inquiry is still prepared to move ahead with its work as planned, including nine hearings this fall beginning in September in Thunder Bay, Ont.

"I want to reassure families and survivors that we will continue to work towards hearings — hearing from them, hearing about their stories, at the same time respecting Indigenous laws and traditional knowledge," she said.

"This resignation is not going to change the work that we are doing in terms of preparing the right path, the good path to hear from families and survivors."

It will be up to the Liberal government to decide if a new commissioner will be named to replace Poitras, she added. In addition to the two high profile departures, four staff members have also resigned in recent months.

Bennett wouldn't say Tuesday whether a new commissioner will be chosen, noting she met with the group on Monday and remains confident in their ability to do the work required.

Better communication will be essential, Bennett said while she acknowledged the commission has faced critiques from frustrated families and survivors.

"They really do have the vision, the values, the tools and the plan to get this work done," she said.

The Ontario Native Women's Association, however, will no longer support the inquiry in its current form.

"We no longer have faith that this inquiry will meet its mandate and work responsibly with families and communities," said president Dawn Harvard in an open letter Tuesday.

For his part, Assembly of First Nations National Chief Perry Bellegarde said he's invited the commissioners to attend the AFN's upcoming general assembly in order to speak directly to those affected by the commission's work.

"We're very concerned about this resignation because the work of the national inquiry is too important and we want to see it succeed for the families," he said in a statement.

The federal government gave the commissioners a budget of about $53.8 million and asked them to complete their work by the end of 2018, with an interim report due in November.

Buller has already indicated more time and funding will be required but a formal application has yet to be filed to the federal government. She could not say Tuesday when the request will be made.

Families of missing, murdered women urge critics to get behind national inquiry