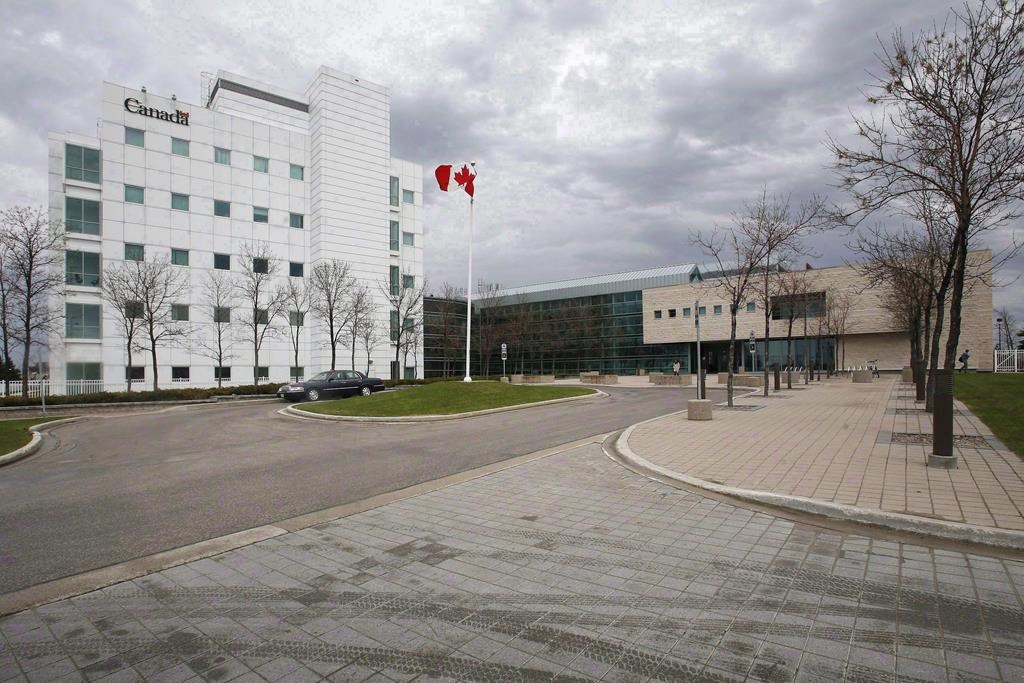 The National Microbiology Laboratory in Winnipeg is shown in Tuesday, May 19, 2009 photo. File photo by The Canadian Press/John Woods
Previous story
Next story

Known as level-4 containment labs, they provide the highest degree of biosafety for diagnosing, researching and developing treatments and vaccines for high-risk pathogens like Ebola, Middle East respiratory syndrome and avian influenza.

Philpott said the federal government is investing $5 million to beef up level-4 containment labs within the NML, which is part of the Canadian Science Centre for Human and Animal Health. Construction of the expanded space is expected to be completed by 2020.

"The decision for this particular expansion is not in response to any specific new infectious threat," Philpott said from Winnipeg, although increased capacity is considered critical for strengthening Canada's ability to respond to both global and domestic public health threats.

"The Public Health Agency has a very active program in terms of trying to be tuned in to any potential outbreaks, and so we need to be ready at any time for these outbreaks and also be doing research in advance on the ones we already know, like Ebola and Zika and many others."

Scientists at the National Microbiology Lab have improved diagnosis and developed a vaccine for Ebola, while also working on treatments for other level-4 diseases like Lassa fever and the Marburg virus.

Researchers at the lab are also studying Nipah virus — a potentially fatal disease that can affect both pigs and humans.

"Having a larger footprint ... obviously enables us to continue to do that work at a heightened capacity," Gilmour said from Winnipeg.

An entire wing at the NML is devoted to level-3 and level-4 containment labs. Examples of the somewhat less dangerous microbes that could be dealt with in a level-3 containment lab are yellow fever, West Nile virus and the bacteria behind tuberculosis.

"The plan is to convert some level-3 labs to level-4 and make them contiguous," he said.

"That means improving the filtration of the air coming out of the lab, providing air control for the employees working within the lab, and providing them things like chemical showers so as they exit the lab they're able to decontaminate their suits."

Gilmour said there is no urgent threat from any particular pathogen on the horizon that has prompted the NML facelift, but scientists need to be ready in the event of outbreaks of both known and unknown infectious diseases.

"This is just part of our general preparedness, our opportunity to continuously improve our operations."

Philpott said that at every international meeting she attends, the topic of emerging infectious diseases is "front of mind for all the health ministers around the world."

"We've seen what happened when a new virus appears on the scene and people aren't ready for it," she said. Such was the case with the 2003 SARS outbreak that killed 44 people in Canada and almost 800 in China and three dozen other countries.

"So this is something that is very important and it is part of our international responsibility to make sure we are contributing to the science in these areas. And it's something that Canada does very well."