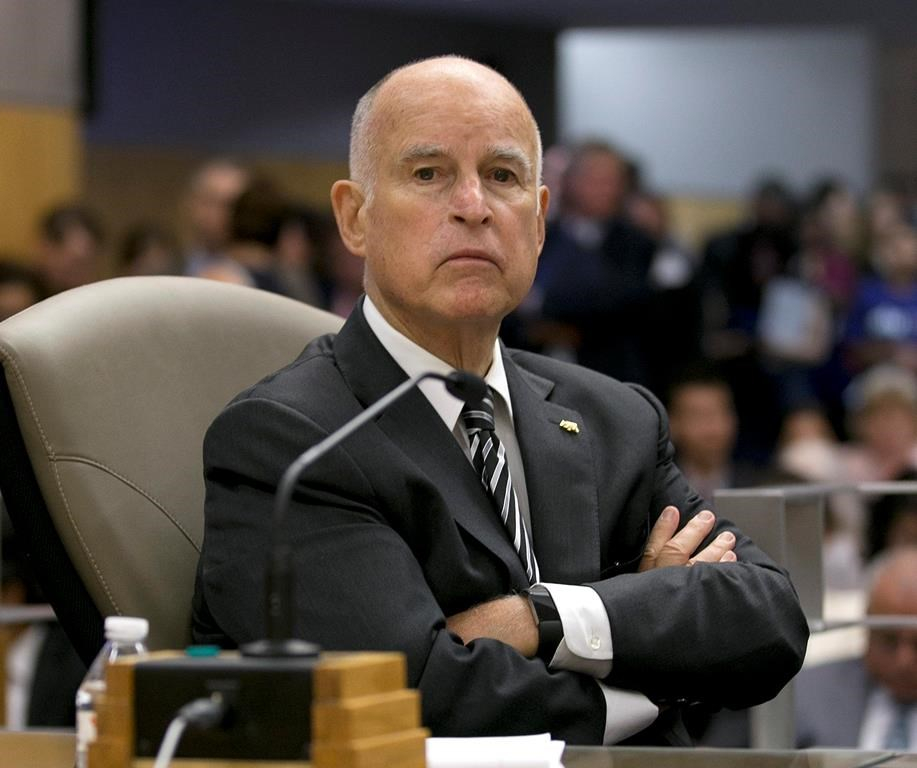 The Democratic governor will be joined by his celebrity predecessor, Arnold Schwarzenegger, who signed the 2006 bill that led to the creation of the nation's only cap and trade system to reduce greenhouse gases.

The program has become closely watched around the world, promoted by Schwarzenegger and Brown alike a successful way to reduce emissions that hasn't taken the steam out of California's thriving economy.

Brown's signature will add 10 years to the program, which had been scheduled to expire in 2020. It follows a frenetic push by Brown and his legislative allies to craft a plan that businesses and environmentalists would both find acceptable.

Schwarzenegger signed a bill in 2006 that authorized state environmental regulators to create a cap and trade program, but the authorization would have expired in 2020 without action from lawmakers.

After the extension passed, Schwarzenegger highlighted the support from eight Republican lawmakers, saying they've shown that the GOP can get behind free-market solutions to climate change.

Schwarzenegger's bill required the state to reduce its carbon emissions to 1990 levels by 2020 — a target the state is on track to meet. Legislation approved last year set a new, much more aggressive goal to reduce emissions another 40 per cent by 2030.

Cap and trade puts a limit on carbon emissions and requires polluters to obtain permits to release greenhouse gases. Some permits, known as allowances, are given away while others are auctioned, generating billions of dollars in revenue for the state. The money is a key funding source for a high-speed train between San Francisco and Los Angeles, one of Brown's top priorities.

The governor's office said he'll sign separate legislation tied to the cap and trade extension later this week. That includes a bill that could give Republicans more say in spending the money and another to improve efforts to monitor and clean up the air around some of the dirtiest sources of pollution, such as oil refineries.