'Why Can't He Be Our President?' Justin Trudeau on the cover of Rolling Stone 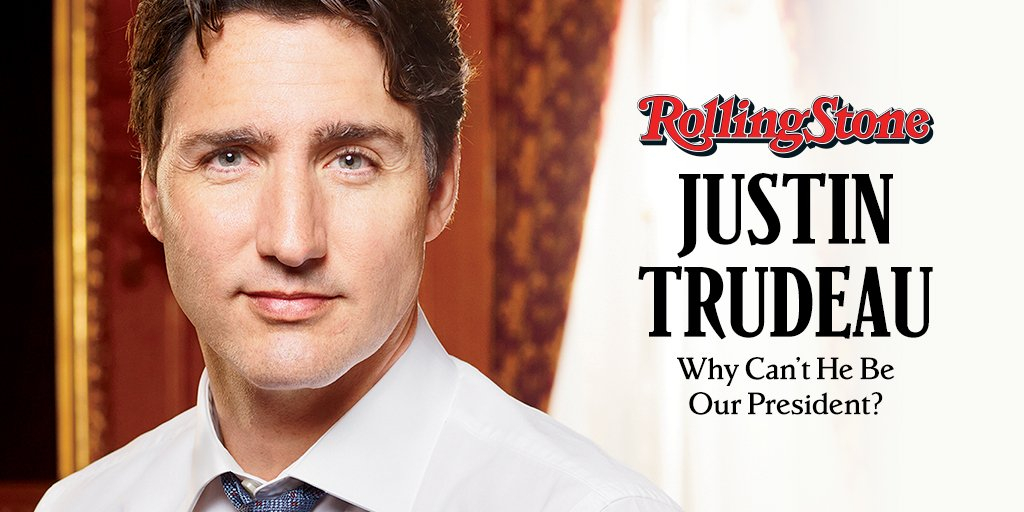 Prime Minister Justin Trudeau graces the cover of Rolling Stone accompanied by a provocative question in its headline: "Why Can't He Be Our President?"

Trudeau follows in the footsteps of former U.S. presidents Bill Clinton and Barack Obama among the world leaders who have previously fronted the venerable pop-culture magazine.

Trudeau is pictured with his shirtsleeves rolled up leaning against a table in the cover photo captured by Martin Schoeller.

In a article published online on Wednesday, writer Stephen Rodrick contrasts the policies and style of Trudeau to those of his American counterpart, Donald Trump, outlining their stark differences on health care, marijuana legalization and environmental policy.

Trudeau is quoted as telling Rodrick that while he disagrees with Trump "on a whole bunch," the pair have "a constructive working relationship."

Trudeau adds that going out of his way to "insult the guy or overreact or jump at everything he says (that) we might disagree with is not having a constructive relationship."