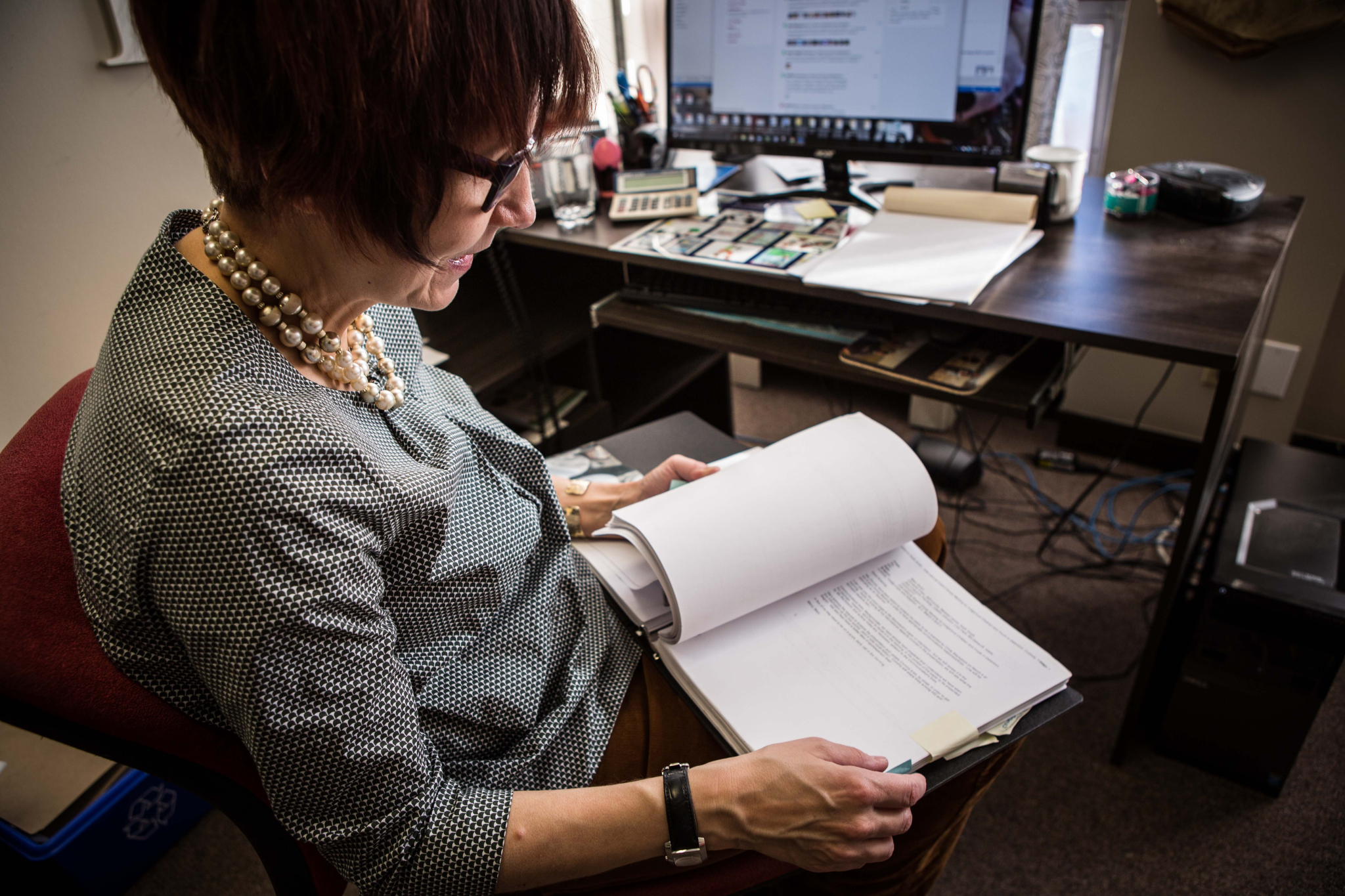 Cindy Blackstock, a member of the Gitxsan First Nation, is an advocate for Indigenous children’s rights who worked as a child protection worker and is now the executive director of the First Nations Child and Family Caring Society of Canada and a professor in the school of social work at McGill University.

Under her leadership, the First Nations Child and Family Caring Society and the Assembly of First Nations filed a complaint with the Canadian Human Rights Tribunal, which found in January 2016 that the government of Canada discriminates against First Nations children and families living on reserves by denying them the same child and family services received by other children.

In 2015, the Truth and Reconciliation Commission released its calls to action and gave priority of place to concerns about First Nations children, making its first five recommendations about child welfare and most specifically about trying to keep Aboriginal families together.

National Observer talked to Blackstock about the government’s progress on reconciliation and the Human Rights Tribunal ruling.

Q. How is progress on the TRC’s calls to action on child welfare going so far?

A. First of all, I was overjoyed that of all the issues that survivors could have prioritized and asked for, the top issues all relate to a better life for their grandchildren and in fact, for all children in Canada. For non-Indigenous children, growing up knowing and better prepared to live in peaceful coexistence with Indigenous people. So I was happy with that, and I was also very humbled by it. I thought, this is all they’re asking of us — just don’t do it again. When child welfare was the number one call to action … I was overjoyed.

Q. Can you explain why equity is so badly needed in Indigenous child welfare?

A. We need equity in First Nations child welfare because we have over 100 First Nations child welfare agencies operating across Canada, but they have been chronically underfunded. So, although they’ve had great programs and sometimes pilot projects on prevention, they just haven’t had the sustainable resources that they’ve needed to address multi-generational trauma and keep more of these kids in their homes. So, that’s why we’ve been so profoundly disappointed by the government’s response to (the Human Rights Tribunal’s) decision in January.

Q. You are disappointed with the Trudeau government?

A. You may not be aware, but when the (Human Rights Tribunal’s) decision came out in January (2016), the ministers of Justice and Indigenous Affairs welcomed the decision. The Canadian Human Rights Tribunal substantiated the complaint (that First Nations kids were being discriminated against) and ordered Canada to cease its discriminatory conduct. This affects 165,000 kids. We were thrilled because there were a lot of solutions already on the books to get the government where it would come into compliance. We submitted those to the government, the government ignored those and has been subject to three non-compliance orders since, by the tribunal and another one is pending.

Q. So they are just not taking action?

A. They are not taking action and really obfuscating and making excuses for not taking action. If you listen to the narrative from the government it’s all everyone else’s fault. We’ve heard everything from First Nations haven’t been putting forward solutions — which is hogwash.

I’ve seen community-level solutions being put forward to the government that are extremely detailed and well thought out because people have been waiting for this decision for 10 years. They have all the consultation they need with the community, we just need money to do it.

Then we’ve heard that the First Nations aren’t ready for the money and they don’t have capacity. They argued that in the non-compliance hearings and we asked where is your evidence of this. It came back that the only reference to capacity on the First Nations side (is) with regard to staffing and it mentions that the underfunding of the agencies makes it difficult for agencies to recruit and retain highly qualified staff. So that could be better with adequate funding. It’s the kind of thing where they aren’t embracing their responsibility to do things differently.

Q. What would you have liked to have seen in response?

A. They accepted the decision, but that’s not enough. In 2016, the government (was) found to be racially discriminating against 165,000 kids. That’s a pretty horrible thing. And so, I wanted to hear from the government about what is it that you’ve learned from that. What was the thinking and ways of operating that lead you to this racial discrimination? What did you learn about those and what did you change in order for that to not happen?

There haven’t been any signs of that — it has all been about external reform. … What they need to do is empower experts on the ground who have the means to implement those solutions by complying with the decision.

Q. How does this relate to the TRC’s calls to action?

A. I am very concerned about Canada’s implementation of the TRC’s calls to action ... On child welfare you can track down reports going back to 1978 showing that the federal government knew about the inequities in family support services and there were solid recommendations to fix it and they didn’t. But these [non-compliance orders] are legal orders and they are still not complying.

Q. What would compliance look like? Is it just more money or is it also other things?

A. It’s more money, definitely. And it’s also flexibility in how that funding works. We know that for First Nations kids, the biggest driver in over-representation is neglect. I’ve been a child protection worker myself, so I don’t make excuses for parents who choose not to implement change when they have the resources to do it. I’m all about let’s hold their feet to the fire because kids have to come first. But what we know from the data for First Nations families is that it is things like poor housing, poverty and substance misuse related to the inter-generational harm of residential schools.

The good news is that we can do something about all of those things. The bad news is that the government hasn’t taken a holistic view, which is to publish almost a Marshall Plan on how they would end all inequality across all dimensions of children’s experience. (Things like) their education, housing, sanitation, child welfare, early childhood programs, and cultural plans. There’s no Marshall Plan, so it just seems to go off in infinity.

In the structure that the department has, they really limit the ability of First Nations agencies in child welfare, for example, to develop collaborative programming with the housing department.

There is a program in the United States called the Family Unification Program. What they’ve found is that overall in the U.S., 30 per cent of kids in care end up in child welfare care because of unstable housing or homelessness of parents.

They did a pilot program with $15 million. They said to social workers, where they had a child who is at risk of going into care, or in the alternative, a child in care who could go home, social workers could spend up to $13,000 and change on each family to mitigate these issues.

What they found was that the social workers were spending it sometimes on first and last months’ rent so the families could get social housing, or sometimes to renovate bathrooms for children with disabilities, sometimes to get rid of black mould, or sometimes to buy a washer and dryer for a family with three toddlers. Really, basic, fundamental things.

They were able to save 7,200 kids from going into foster care and save the U.S. taxpayer tens of millions of dollars. It’s far more expensive putting kids into care.

I’ve seen proposals from First Nations agencies to do that kind of intervention in a culturally-based kind of way and the structure of the funding in the department now does not allow that kind of innovation to take place at a grassroots level.

Q. How much do you think it would take to address the inequity between Indigenous and non-Indigenous children’s care?

A. It is $155 million immediately just to relieve the most egregious effects of the discrimination, plus additional funds for Jordan’s Principle. (Jordan’s Principle states that when there is a jurisdictional dispute about who should pay for services for a First Nations child, the government department of first contact pays for the service first, then seeks reimbursement after the child has been helped.)

Q. Did you say there is going to be another non-compliance order?

A. There have been four non-compliance hearings in March and we asked the tribunal to rule separately on Jordan’s Principle and the mental health issues because we wanted that to come out soon because, of course, it’s a matter of life or death.

It’s not that we don’t think the child welfare stuff is important — it’s essential — but it doesn’t have the same life or death consequences, so we said if Jordan’s Principle could come out first, then the child welfare one could follow. That is what they’ve chosen to do. I would expect a non-compliance order on child welfare to be out probably within weeks if not days.

This interview has been edited and condensed.

Tracy Sherlock writes about social issues and education. She can be reached at [email protected].

Editor's note: This story has been changed to clarify the estimated cost of addressing inequity between Indigenous and non-Indigenous children's care.

Cindy Blackstock is a

Cindy Blackstock is a national treasure. She is also one of the most impressive speakers who I have heard in person.