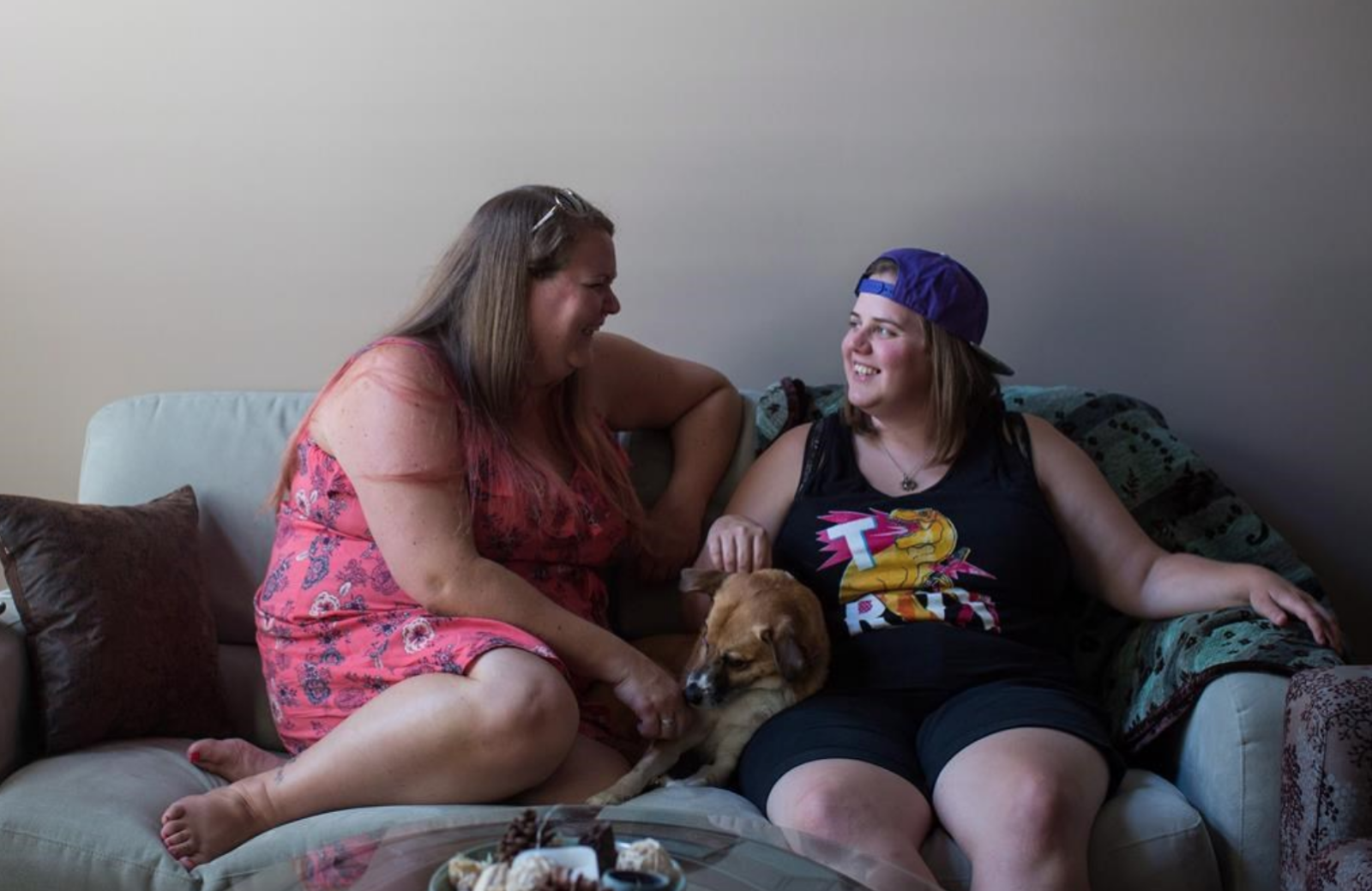 Laura O'Connor, left, and her wife Jen play with their dog Piper while at their home in Surrey, B.C., on Sun. July 30, 2017. Photo by The Canadian Press
Previous story

Laura and Jen O’Connor got married for all the romantic, fairy−tale reasons: after seven years together, they were deeply in love and wanted to start a family. But on another level, they thought it might just make their life together a little easier.

After all, being gay comes with its own unique set of challenges — challenges they hoped might be easier to navigate if they shared a last name.

"It’s one less thing, one less obstacle that you have to deal with," says Jen, 27, during an interview in a sun−drenched backyard at Laura’s parents’ house in a Vancouver−area suburb. "When we’re sitting together, (people ask), ’Are you sisters? Are you cousins? Are you family? Are you best friends?’ No, we’re actually wife and wife."

When they check into a hotel, puzzled staff often ask if they’d prefer a room with two beds. Now that they’re married, the hope is more people will recognize the newlyweds — they were married late last month — as life partners, even if many continue to assume they are related.

"They’re not trying to be rude or wrong or anything. We’re not insulted," Jen says. "But I think if there was some sort of need to get married, it’s probably just for that sake of being a collective whole."

Same−sex marriage has been legal in Canada for more than a decade, and is no longer the headline−grabbing novelty it was in 2005. If the O’Connors are any indication, practicality has become just as important as principle.

But whatever the motive, same−sex marriage is more popular than it’s ever been, the latest data from the 2016 census suggest.

While same−sex marriage has been legal in Canada for more than 10 years, it’s still relatively new, which may partly explain its growth, said John Paul Catungal, an instructor at the University of British Columbia’s Institute for Gender, Race, Sexuality and Social Justice.

It has also been a touchstone in the fight for lesbian and gay rights over the past 15 years, giving it a particular resonance in certain segments of the community. But that level of attention can have a downside, Catungal warned.

"Whose issues do not get prime time, do not get the limelight?" he asked. "That can mean non−monogamous relationships. That can mean issues ... like support for health care for trans people."

That said, marriage brings material benefits, including legal protections, tax advantages and workplace benefits. It can also bestow "cultural legibility," said Catungal — the desire of the O’Connors to be seen as a couple being a prime example.

"The experience of not being legible as who you are," he noted, "can be very jarring and it can feel very violent."

The "heteronormativity" that leads people to assume Laura and Jen are friends or sisters is deeply ingrained in Canadian society, and marriage won’t necessarily fix it, Catungal said.

The couple lives with Laura’s parents in Cloverdale, a suburb of Surrey. They decided to move in to save money after spending $15,000 on three unsuccessful rounds of in vitro fertilization.

Indeed, having children is another major factor in motivating same−sex couples to get married. Twelve per cent of Canada’s same−sex couples were living with kids in 2016, up from 8.6 per cent in 2001. Of those, four−fifths were female couples.

The O’Connors are saving for a down payment — no small feat in the Vancouver area — and looking at becoming foster parents.

Getting married was part of their dream of becoming a family, but both admitted to not being "wedding people." So, instead of a traditional ceremony, they decided to get hitched while doing one of their favourite activities: camping.

"Of course, it was the only rainy day in July," Laura said with a grin.

They had originally planned for a day at the beach in Golden Ears Park, with swimming, croquet and bocce, but the downpour meant their 40 guests wound up mostly "huddling under tarps and drinking and staying dry," said Jen, laughing.

Standing under the branches of a big old tree, with a view of a lake, the couple said a simple set of vows.

LGBTQ activists in Caribbean ask Canada for support, not salvation