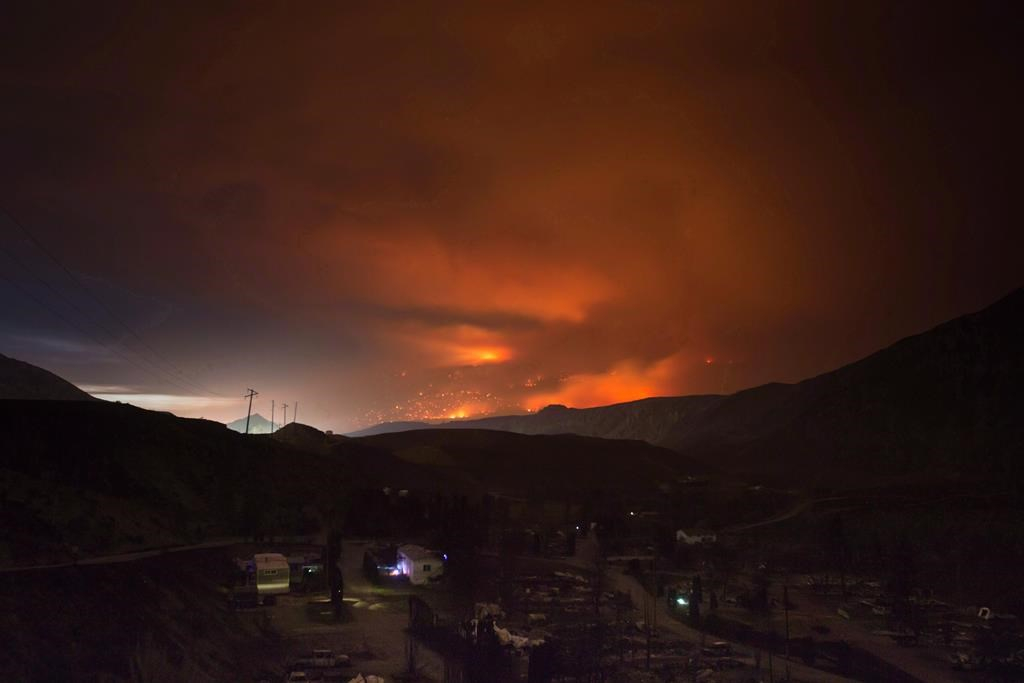 Some people displaced by the July 2017 wildfires in British Columbia are heading home now that evacuation orders have been lifted. File photo by The Canadian Press
Previous story

A wildfire has forced a popular music festival in southern British Columbia to end early and organizers say the decision will be a costly one.

Organizers for the Shambhala Music Festival said Saturday afternoon that the flames aren't threatening the festival or attendees, but they made a decision to cancel Sunday's entertainment after consulting with local government.

Music will play as scheduled Saturday night, but people are being asked to prepare to leave the site on Sunday morning.

"I obviously have mixed emotions about what's going on," he said. "You're always trying to balance your decisions to make sure you're making the right decisions to protect people."

The Regional District of Central Kootenay issued an evacuation alert Saturday morning after the BC Wildfire Service reported that flames had crossed the Salmo River and were heading toward Salmo, B.C., where the festival is being held.

An evacuation alert means people need to be ready to leave an area on a moment's notice.

Andrew Bellerby with the Regional District of Central Kootenay said officials have been working with festival organizers since the fire sparked Wednesday and extensive planning was done in the background in case an evacuation became necessary.

"Any kind of emergency planning precautions we've put forward, the Shambhala festival organizers have put in place immediately," he said. "So there's been lots of good working relationships."

This year marked the festival's 20th anniversary and organizers said about 15,000 people attended. Music was scheduled to play until at least 6:30 a.m. Monday, with attendees packing up and leaving the site later that day.

About $500,000 in revenue will be lost with Shambhala ending early, Bundschuh said.

"This is going to be a huge impact for the festival," he said.

Getting so many people out of the area does present "some elevated concern," said Chris Duffy with Emergency Management BC, but staff from the department have been helping festival organizers develop contingency plans.

Bundschuh said he doesn't expect this year's departure to be different than any other year.

Thirty-seven firefighters, four helicopters and six pieces of heavy equipment were being used to fight the 3.5-square-kilometre blaze.

Ryan Turcott with the BC Wildfire Service said the fire was one of 140 fires burning across the province Saturday and about 3,900 were working to control the flames.

More than 6,400 people remain displaced from their homes by the flames and RCMP spokeswoman Sgt. Annie Linteau made another plea Saturday for people to leave areas where evacuations have been ordered.

"When an order is issued, it's done in consultation with numerous stakeholders and is done only when there is a significant and real danger to people's lives," she said in a conference call.

"By choosing to remain in an evacuated area, you're putting yourself at risk and increasing the danger to first-responders in the area and making the job of first-responders more difficult."

Wildfires have charred more than 6,510 square kilometres across B.C. since April 1, an area Turcott said is more than twice the size of Greater Vancouver.

Smoke from the fires drifted to the West Coast last week, prompting Environment Canada and some regional districts to issue alerts about air quality across much of southern B.C.