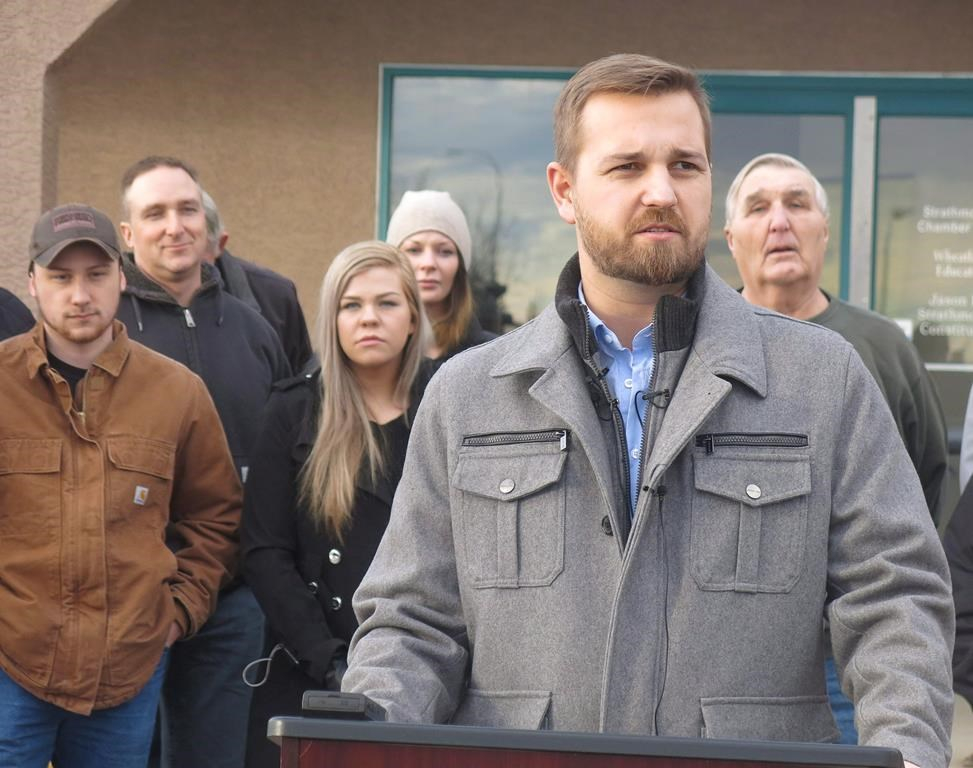 Alberta MLA Derek Fildebrandt has resigned from the United Conservative Party. He said he didn't want media controversy to distract from the new party's work. File photo by The Canadian Press
Previous story
Next story

A constituency association in southern Alberta is standing behind the area's embattled member of the legislature who has resigned from his party's caucus following a bevy of negative headlines.

Derek Fildebrandt, whose political brand had cast him as a champion for the taxpayer, announced his departure late Tuesday after it was revealed he rented his taxpayer-funded apartment through Airbnb and double-billed the government for some meals.

It then came to light through a CBC report that Fildebrandt was accused in a 2016 hit-and-run that damaged a parked van. Court documents confirm he was charged with failing to report an accident and the trial continues next month.

He apologized for what he called honest mistakes and said he did not want the media controversy to distract from the work of the nascent United Conservative Party, which was created recently through the merger of Alberta's right-of-centre Progressive Conservative and Wildrose parties.

Ronda Klemmensen, president of the Legacy Wildrose Constituency Association for Strathmore-Brooks east of Calgary, said the group stands by Fildebrandt.

"We understand and support Derek's decision to resign from the UCP caucus, enabling the continuation of the unity process, without the distractions of the negative press relentlessly being directed towards him," she said in an emailed statement Wednesday.

"We believe in Derek Fildebrandt's integrity and values, and we are greatly disappointed in the low-level, ridiculous mud-slinging taking place through the media. The people behind this are ultimately hurting our province."

Alex McCuaig, chief of staff to Speaker Bob Wanner, said the Legislative Assembly Office has not yet received any financial reimbursement from Fildebrandt, but has been in contact with him while he's out of the province.

The office handles legislature member reimbursements, but McCuaig said it's not within its purview to punish anyone who runs afoul of the rules.

A legislature subcommittee has been reviewing guidelines for member and caucus expenses since January, said Thomas Dang, an NDP MLA who chairs the five-member group.

"One of the things that we want to do is make sure that we modernize the rules and make sure that they're applied in a fair and consistent manner to all MLAs," he said.

It's too soon to say how its final report will account for Airbnb rentals, he said.

"But it is clear that when you're profiting off of taxpayers — and especially in this case with Mr. Fildebrandt, a taxpayer-funded apartment — it's unacceptable to us and to Albertans."

The four leadership candidates for the new party did not directly attack Fildebrandt and showed varying degrees of warmth toward him in remarks Wednesday.

It was thought Fildebrandt would run for the UCP leadership, but he decided against it. He has not endorsed any of the contenders but was highly critical of former Wildrose leader Brian Jean, who is running for the leadership.

Jason Kenney, a former federal cabinet minister who spearheaded efforts to unite Alberta conservatives, said he respects Fildebrandt's decision and appreciates his support for the merger.

"I appreciate that he does not want the controversies he is facing to be a distraction to the important work of building the UCP at this critical early stage," Kenney said in an emailed statement.

Conservative strategist Doug Schweitzer and Jean both thanked Fildebrandt for his contributions in emailed statements. The UCP should focus on "providing a united, compassionate, and principled alternative to the NDP," Jean said.

"By stepping down from caucus, Derek is showing that he appreciates his conduct was improper," said Schweitzer.

Jeff Callaway, an investment adviser and former Wildrose president, said in an interview that Fildebrandt will need to earn back the trust of his constituents.

"He's admitted to his mistakes," he said. "I can only wish, as I would for anyone who makes a mistake in their life, that they apologize from the heart and learn from it and we can move on."

Lori Williams, political scientist at Mount Royal University in Calgary, said it's hard to imagine that Fildebrandt could bounce back.

"The problem is essentially that his entire political career has been devoted to holding governments' feet to the fire for responsible expenditures of taxpayer dollars."