Canadians will throw various viewing events for the partial eclipse 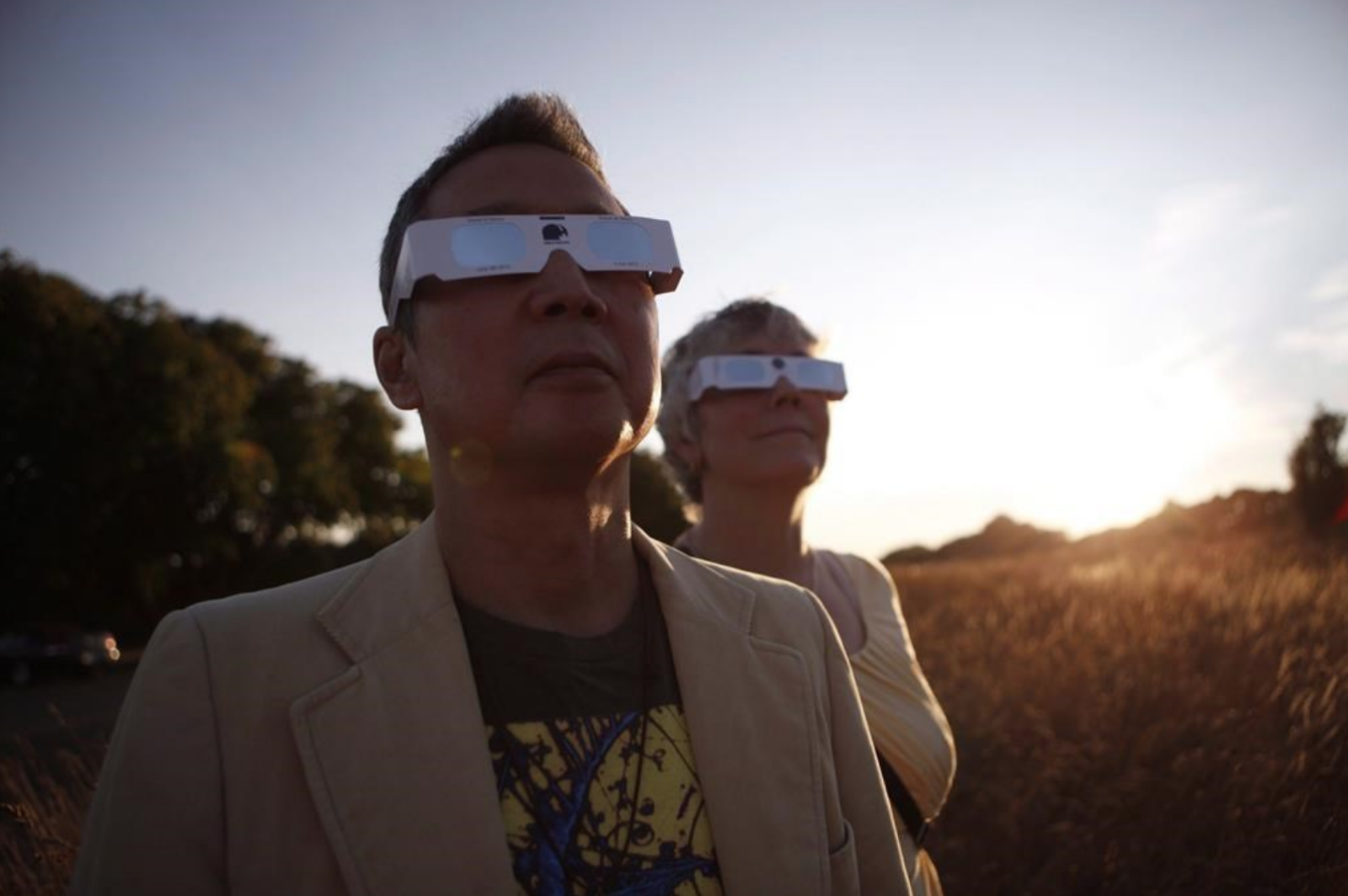 Residents hoping to catch a glimpse of tonight's solar eclipse must wear special protective eye glasses. For those who don't have a pair, NASA will be live-streaming the cosmic event. File photo by The Canadian Press
Previous story

Canadians across the country will be donning special glasses and looking to the sky to take in a partial solar eclipse today.

Unlike the U.S., Canada won’t see a total solar eclipse, where the moon completely covers the sun, blacking out the sky and turning day into night momentarily.

But Canadians are still in for a celestial show and viewing events are planned across the country, ranging from gatherings at the University of British Columbia to Irving Nature Park in Saint John, N.B.

Jennifer West of the University of Toronto’s Dunlap Institute for Astronomy and Astrophysics explains that a partial eclipse looks like a "huge bite taken out of the sun."

Victoria is expected to get the best view of the rare celestial event, with 90 per cent of the sun blocked out above the British Columbia capital. The Royal Astronomical Society of Canada says Toronto will enjoy 70 per cent coverage, Calgary 77 per cent and Vancouver 86 per cent.

No matter where Canadians take in the event, they’re being cautioned to wear eclipse glasses to prevent serious eye damage.

"You think what you are doing is so important and then you look up and see the sun and the moon," she said. "You are less than a grain of salt...against this backdrop of majesty and power."

At Science World in Vancouver, a free event is being hosted on the grass outside the centre where eclipse glasses will be provided and volunteers from the Royal Astronomical Society of Canada will have solar telescopes, which have a filter that allows viewers to safely look at the sun.

"It creates a really eerie, kind of twilight effect," she said. "It can actually affect birds and animals. They find it kind of strange. Things get very quiet. It’s just a really, really beautiful sight."

But Jaymie Matthews, a professor of physics and astronomy at the University of British Columbia, was skeptical that planets would be visible in Vancouver during the eclipse.

Matthews said he’s looking forward to seeing people’s reactions to the eclipse. The university is inviting visitors to join professors and students to observe the event with eclipse viewers and telescopes, while a live stream of the total eclipse will be presented inside the Robert H. Lee Alumni Centre.

Canadians heading to U.S. for best views of total solar eclipse on Monday