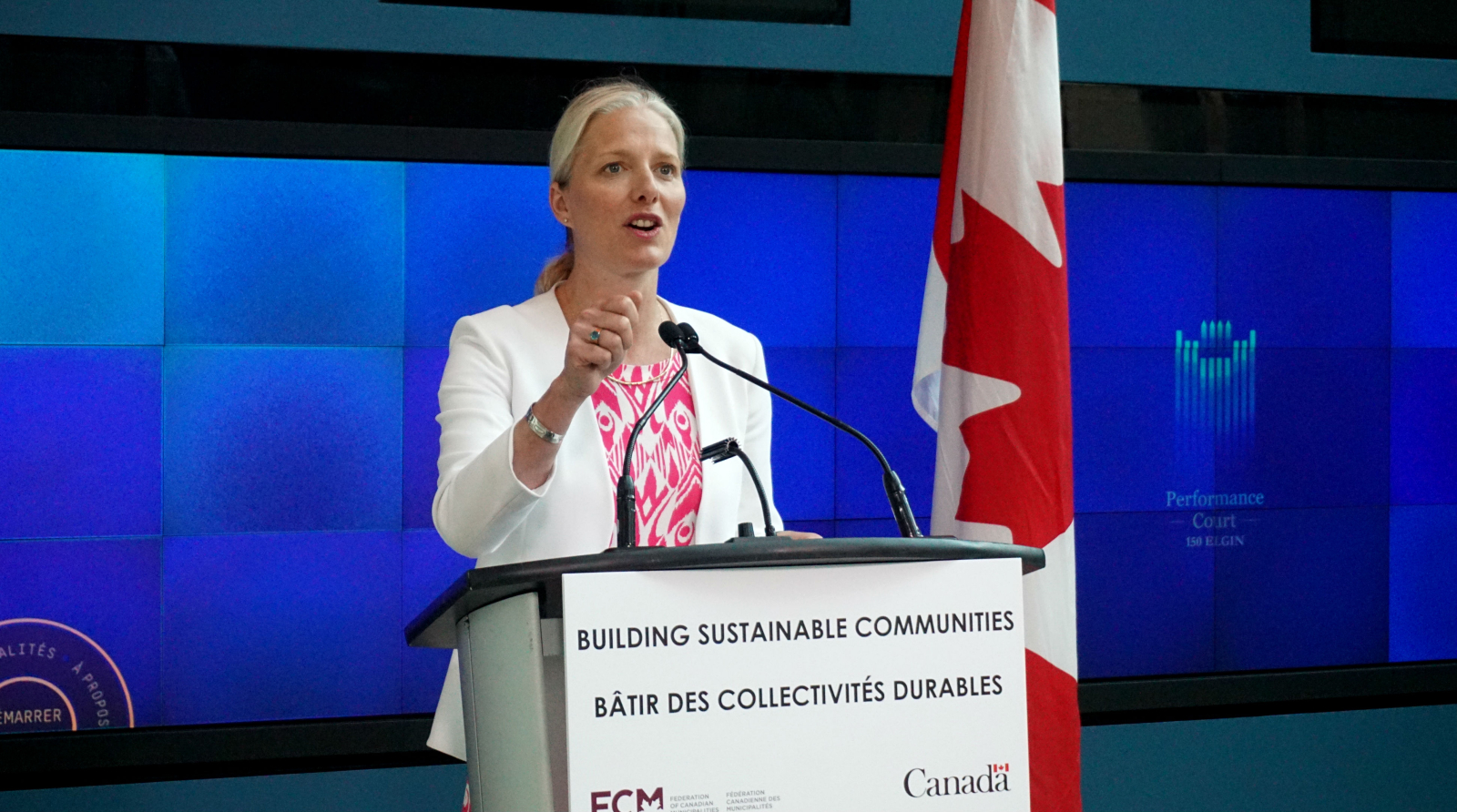 Trump told a rally in Arizona on Tuesday that the U.S. would "probably" end up terminating the North American Free Trade Agreement, just after formal negotiations began last week.

Climate change was already seen as a potential stumbling block in the negotiations, as Trump has previously called global warming a "hoax" and withdrew the U.S. from the Paris Climate Accord.

But Catherine McKenna says Trump's "heated rhetoric" won't stop Canada from promoting its interests, which include protecting its water, air, land and animals from the impacts of climate change.

McKenna was in Vancouver on Thursday to attend a roundtable meeting with members of the Greater Vancouver Board of Trade and to meet with British Columbia's environment minister, George Heyman.

She was asked about the B.C. government's plan to join a court challenge of the Trans Mountain pipeline expansion and McKenna replied that the province can make its own decisions but Ottawa still supports the project.

"We do think that this project is going to create good jobs, it's going to help grow the economy and that it can be done in a sustainable way," she said.

"There's always going to be a lot of heated rhetoric," she said.

"We're working very hard to promote and protect Canada's interests. We understand the environment and the economy go together and I think there's a real opportunity to do things like protect our water, our air, our land, our animals, because they don't know any borders."

She said Canadian officials were having "good discussions" with their American and Mexican counterparts.

"But let's be clear, we're going to protect Canada's interests and one of the things that we are concerned about (is) the impact of climate change, like 195 countries that signed on to the Paris Agreement," she said.