By Trish Audette-Longo | News, Politics | September 6th 2017
#710 of 2006 articles from the Special Report: Reports from the Race to a Safer World 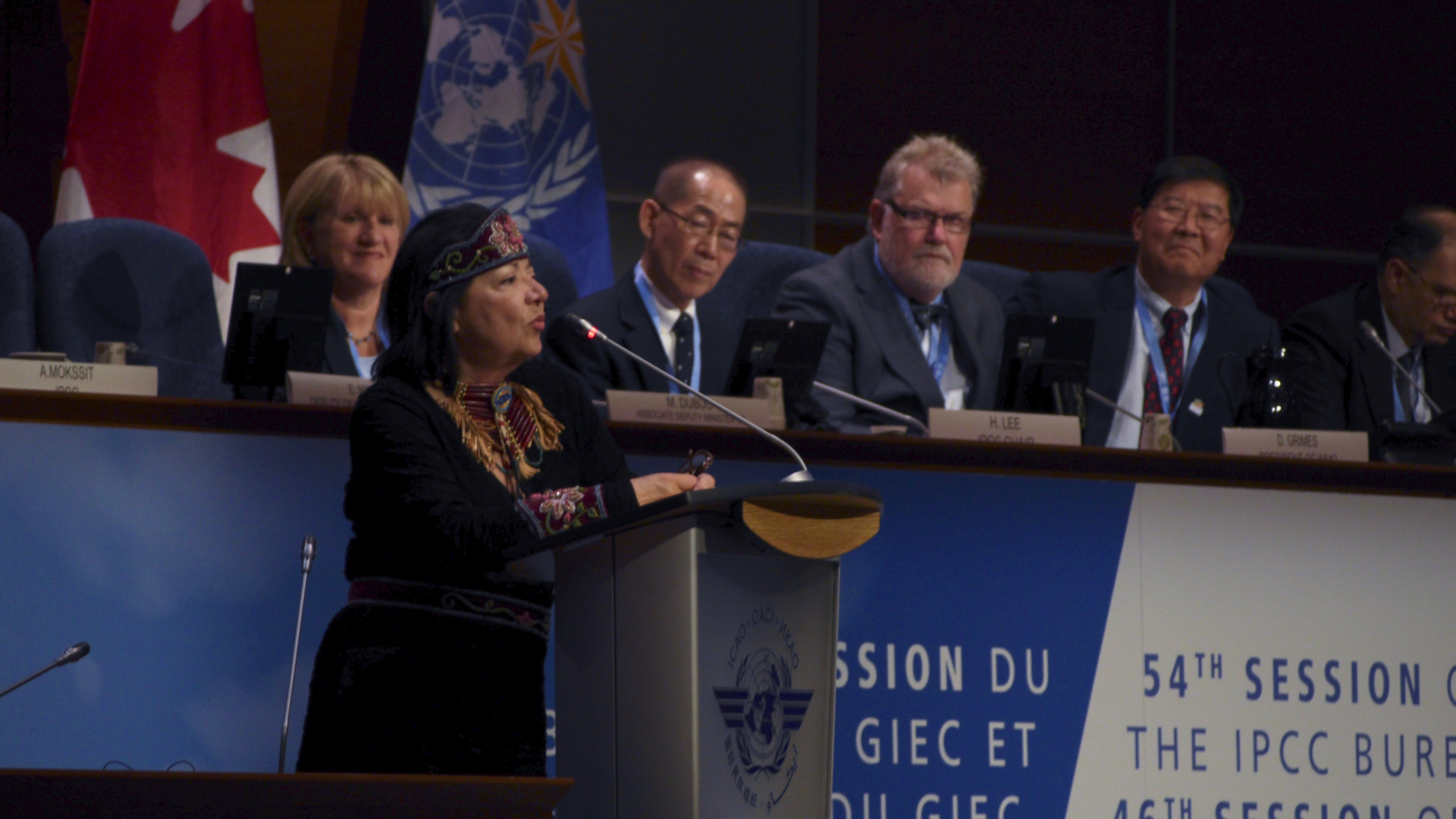 Before it was called Montreal, this was a place where First Nations met.

A large fire would be set to mark the upcoming meeting and people would "park their canoes and climb the mountain" to come to the big conference, according to Mohawk Council of Kahnawake Chief Christine Zachary-Deom.

"Our First Nation people would paddle from every direction to come into Montreal," she told international delegates meeting in the city for a conference on climate change on Wednesday. "So that's what you have done today. You are welcome to the Mohawk territory."

Her greeting helped open the Intergovernmental Panel on Climate Change (IPCC) meeting in the metropolitan Quebec city this week, which takes place at the International Civil Aviation Organization's downtown headquarters. From now until Sunday, its members will pool their academic expertise as they carry out their work of providing sound climate science assessments to governments and policy-makers.

Behind closed doors, their goals are to outline how their working groups will contribute to the panel's sixth assessment report, which examines what will happen to the planet if the global temperature rises 1.5°C above pre-industrial levels. They expect to release a finalized agenda for that report in 2019.

The IPCC is nearly 30 years old, and was first established by the United Nations and the World Meteorological Organization to "provide a scientific basis for governments at all levels to develop climate-related policies."

Its meeting in Canada is hosted by the federal government, but both Environment and Climate Change Minister Catherine McKenna and Science Minister Kirsty Duncan were not in attendance.

According to vice-chairwoman Thelma Krug, who spoke on Wednesday during a media workshop, the international organization's role aims to inform governments, while the panel itself remains neutral.

Its dedication to science and neutrality, however, haven't protected it from the fallout of President Donald Trump's climate change skepticism, which has included his country's withdrawal from the Paris climate change accord and a major reduction in its financial contributions to the IPCC's research.

What is the #IPCC? This 📹 may answer some of your questions. Tomorrow we begin #IPCC46 in #Montreal. #AR6 #polcan pic.twitter.com/DMIfdZ7aQG

"It's slow and steady progress," Zachary-Deom told National Observer, describing what she heard at the meeting's opening ceremony about the organization's work.

"But it comes down eventually to each individual. First of all it comes with world countries that are looking to see what is required of them to do, then to get their citizens to comply is a second thing. To get the individuals to comply is the most difficult part I think, because without compliance and work, we're not going to achieve."

Turning ideas into action is the hardest part, she added.

The federal environment and science ministers sent video messages in lieu attending the conference Wednesday. Both are wrapped up with federal Liberal caucus meetings taking place in Kelowna, B.C. this week.

"Because (McKenna) was unable to speak in person... we recorded a video from the minister so she could personally express how proud she is that Canada’s hosting these climate scientists, and wish them well for the work they have this week," said Caitlin Workman, a spokeswoman for McKenna's office, in an email to National Observer.

"That’s because, unlike the Harper conservatives who came before us, our government is wholeheartedly supportive of our climate scientists. We know the research they do now is crucial to informing the right decisions on the part of governments like Canada’s who are determined to act on climate, and support the kind of innovations that will not only reduce our emissions but also grow the economy and create good jobs."

Also absent from Wednesday's opening ceremony was Quebec Premier Philippe Couillard. A spokesman for Mayor Denis Coderre's office said the City of Montreal would be represented during the meetings by its environment department director.

In response to these absences, Greenpeace climate and energy campaigner Patrick Bonin, who attended the IPCC meetings on Wednesday, emphasized the importance of having politicians on the ground and engaging with climate scientists.

"I think it's obvious that we also need politicians to be here, and to understand where we're at with the most advanced science on climate change, how we're seeing various extreme events happening in North America, including disastrous forest fires and most recently (Hurricane) Harvey," he said.

"It's important that politicians understand that we're not on track to meet Paris Accord targets that Canada has committed to, and that they come up with more climate action and more measures."

The IPCC includes 195 member states, and the people in Montreal this week are representatives of those states.

This round of meetings is expected to include updates on future special studies of climate change impacts on land, the ocean and cryosphere. Progress reports are scheduled to be delivered by task forces dedicated to analyzing climate data and national greenhouse gas inventories. The international organization will also discuss its budget.

By Carl Meyer | News, Energy, Politics | August 24th 2017
Reports from the Race to a Safer World

Did Canada just troll Trump and Putin over climate denial?