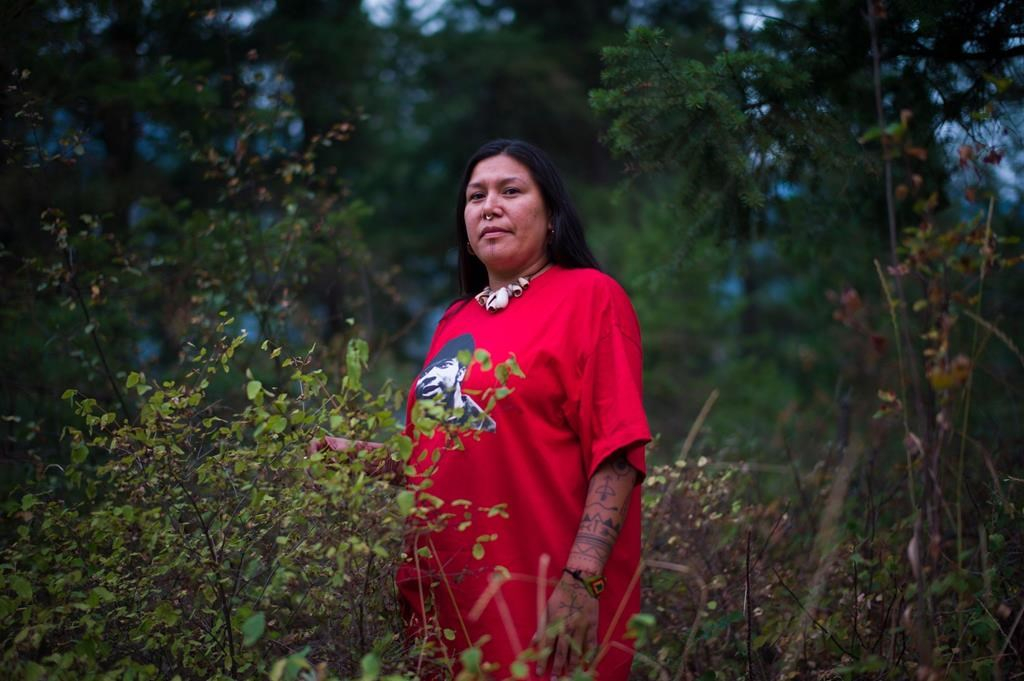 "Our goal is to stop this pipeline," says Kanahus Manuel of the Secwepemc Nation in B.C., seen here in Chase, B.C., on Sept. 6, 2017. Photo by The Canadian Press/Greenpeace
Previous story

First Nations protesters in British Columbia are planning to place tiny homes directly in the path of the Trans Mountain pipeline expansion, an idea drawn from an influential Indigenous movement in the United States.

Activists say the houses are symbols of sustainability in the face of what they see as an environmentally damaging project. They are based on structures built at a sprawling protest camp in North Dakota initiated by the Standing Rock Sioux Tribe.

The protest against the Dakota Access Pipeline drew international attention and was credited with achieving a temporary halt to construction. Kanahus Manuel of the Secwepemc Nation in B.C. said she hopes the structures also have a powerful effect in Canada.

"If I don't stand up for my rights and our title as a Secwepemc woman and as a mother, I'm leaving this fight even greater for my children. I love my children so much that I'll do whatever I can to protect their water and their salmon for all of their future."

Trans Mountain, a subsidiary of Kinder Morgan Canada, plans to begin construction this month on a $7.4-billion expansion of its 1,150-kilometre pipeline that carries crude oil from Alberta to B.C.'s southern coast.

Members of the Secwepemc Nation and Greenpeace gathered at a site near Chase, B.C., on Thursday to build the first of 10 tiny homes that they say will be moved to Secwepemc traditional territory near Kamloops to block pipeline construction.

Manuel said she lived in a tiny home at the Dakota protest for three months in 2016 and asked the designer to create plans for structures that could be placed along the Trans Mountain route.

The insulated wood houses are to be occupied by Secwepemc people who are struggling with inadequate housing. They are to be 5.5 metres wide and 3.6 metres tall, with wood stoves and solar panels, she said.

"A part of this tiny house project and movement is that we want to continue to have these, not just as a battle against the Kinder Morgan pipeline, but to help solve some of the housing crises that Indigenous people are facing," she said.

Police evicted the remaining protesters from the Dakota Access Pipeline protest in February, a month after U.S. President Donald Trump signed an executive order to advance construction of the project.

Trans Mountain said in a statement that it supports the right of demonstrators to peacefully express their views.

"When it comes to our operating and construction sites, safety is our first priority — safety of our workers, communities and everyone near our worksites. And to that end, we will make every effort to ensure we can carry out our work safely," it said.

Fifty-one First Nations have signed mutual benefit agreements with Trans Mountain, including some bands that are part of the broader Secwepemc Nation, but the project still faces strong opposition from some Indigenous groups.

A number of First Nations and environmental groups have filed lawsuits challenging Canada's approval of the project, which are set to be heard together in October. B.C.'s NDP government has obtained intervener status.

Mike Hudema, a climate campaigner with Greenpeace, said the federal government's support of Trans Mountain is at odds with its commitment to the Paris climate change agreement.

"These homes are about creativity," he said. "They're about hope. They're about resistance and they're about a more sustainable vision for the future."