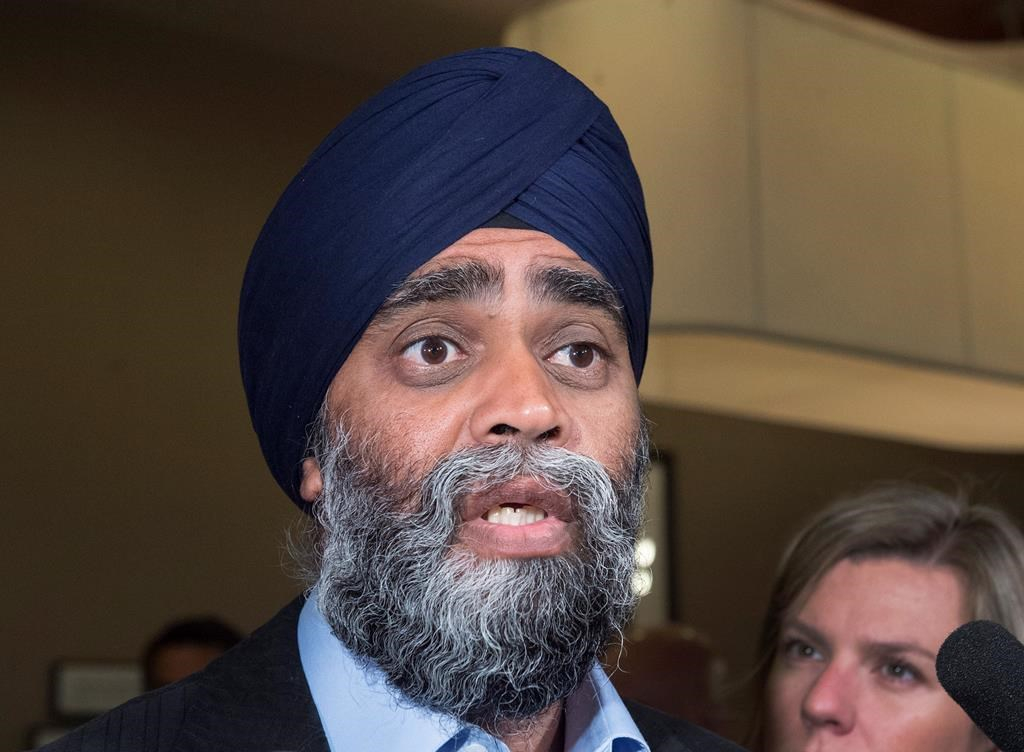 Defence Minister Harjit Sajjan talks with reporters on the way to the morning session as the Liberal cabinet meets in St. John's, N.L. on Wednesday, Sept. 13, 2017. Photo by The Canadian Press/Andrew Vaughan
Previous story

The Trudeau government will not be rushed into making a decision on where to send Canadian peacekeepers, Defence Minister Harjit Sajjan says.

"When we send troops anywhere, we want to make sure that we're making a right decision," Sajjan said Wednesday in St. John's, N.L., where federal ministers are holding a cabinet retreat.

"We want to have the right impact. This is a complex situation. When we have the appropriate information we'll make an announcement on that."

The comments come as the clock ticks down to a major peacekeeping meeting in Vancouver in November that is only open to countries that have or are ready to pledge specific forces to UN missions.

Sajjan's office would not commit to the government making a decision by the Nov. 14 Vancouver conference.

Canada was given permission to host the meeting last year after the Trudeau government said it would make up to 600 troops available to various peacekeeping missions.

Early signs pointed to Canada sending a large number of troops to Mali and trainers to various other African countries to help their militaries become better at peacekeeping.

But the Liberals have instead waffled for over a year on where to deploy, sparking frustration and even anger from various allies and the UN, who have been waiting for a decision.

They say Canada's foot-dragging has hampered mission planning and left critical gaps in terms of personnel and equipment on the ground, especially in Mali.

Multiple officials at the Defence Department have told The Canadian Press that the file has been taken out of the military's hands and now rests with Global Affairs Canada and the Prime Minister's Office.

The government remains committed to peacekeeping, Sajjan said, but "this is a very complex mission, our re-engagement on peace support operations."

The minister played down the impact of the government's indecision.

"Our allies want us to make sure that we make a responsible decision," he said. "That when we contribute as a nation, a whole-of-government approach that we're actually going to have an impact on the ground."

— With files from Sue Bailey in St. John's.