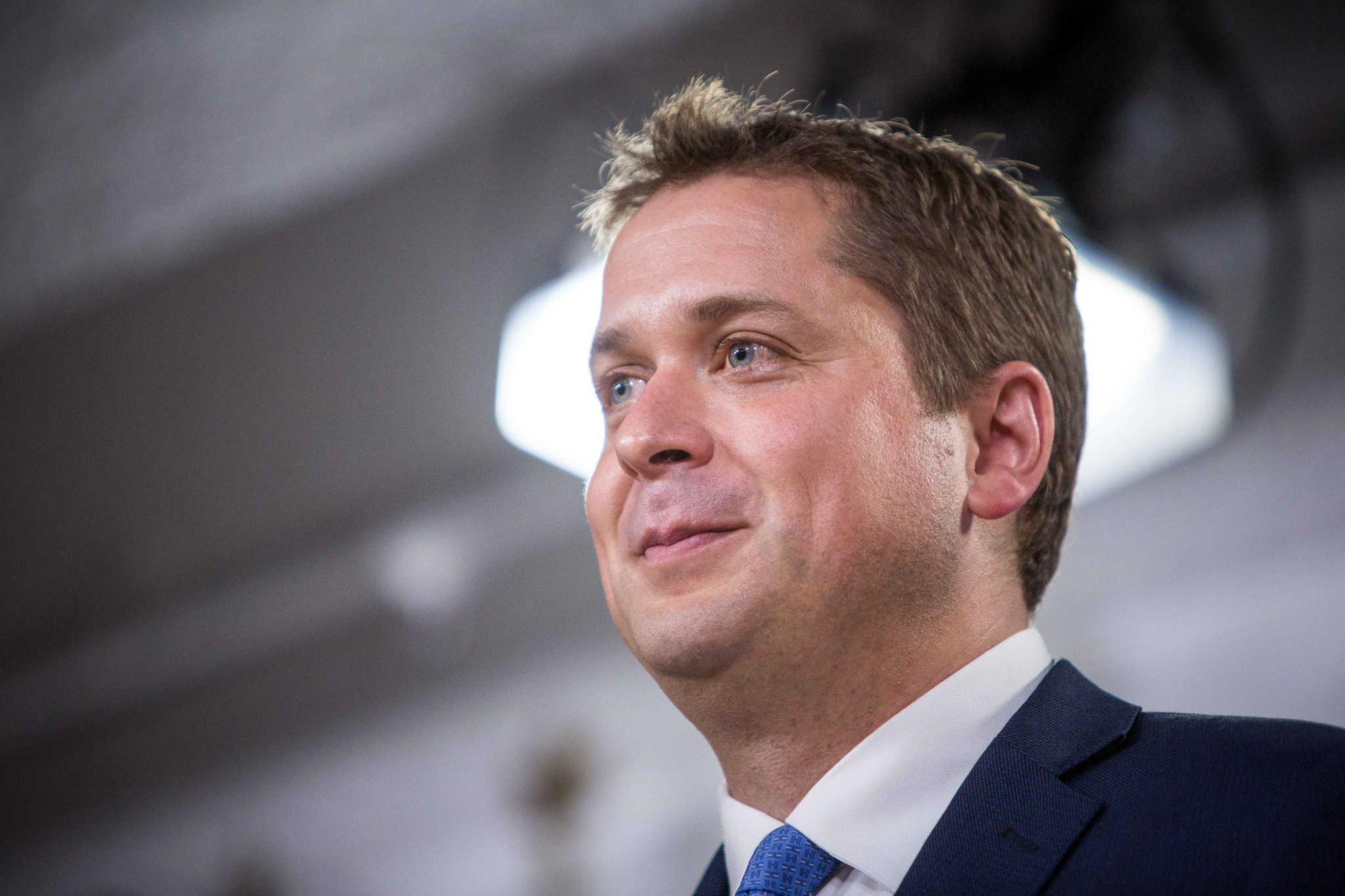 As they exchanged blows, the two leaders gave what is likely a preview of the themes that will underlie their respective election campaigns in 2019 as each tries to position himself as the champion of the middle class.

Scheer kicked off the first question period of the fall sitting by accusing Trudeau of hiking taxes on hard-working, middle-class small business owners, including farmers, mechanics, fishers and, particularly, female entrepreneurs who, he asserted, won't be able to afford to take maternity leave.

The new Tory leader, who took over the post in May, vowed that the "pain will only be temporary," promising that Conservatives would fight the proposed tax changes "every step of the way" and "save local businesses."

Trudeau countered by accusing Scheer of siding with the wealthiest Canadians at the expense of their truly middle-class counterparts.

"(Conservatives) have been going around the country telling every doctor they meet that they stand with them, that they will defend their right to pay lower taxes than the nurses who work alongside them," the prime minister said.

Trudeau even went on the offensive, urging Scheer to commit "right now" to reversing the Liberals' proposed changes and restoring the current system of "tax breaks for wealthy individuals" if they win the next election.

Scheer did not oblige, prompting Trudeau to accuse the Tories of peddling misinformation to stoke outrage but without any intention of actually undoing the proposed changes.

"They're happy to talk about outrage but they're not proposing to keep this (current) system," Trudeau said. "They invent problems, exaggerate them and then won't act because they know that helping middle-class Canadians matters."

While the Tories and Liberals battled it out, New Democrats did not ask one question Monday about the tax changes.

But, in an echo of the 2015 election when the NDP was essentially squeezed out by a Liberal campaign that seemed more progressive, Finance Minister Bill Morneau called out New Democrats — normally champions of reducing income inequality — for supporting "continued tax advantages for the wealthiest Canadians."

In a letter to three New Democrat MPs, Morneau said he's surprised and disappointed that they are opposed to his tax changes.

The current tax system allows someone earning $300,000 to use a private corporation "to save about as much as the average Canadian earns in a year," Morneau wrote.

"This leads to situations where an incorporated doctor can be taxed at a lower rate than a nurse practitioner or police officer."

His letter was in response to a letter sent to Morneau on Sept. 7 by Windsor-area MPs Brian Masse, Cheryl Hardcastle and Tracey Ramsey, in which the trio of New Democrats urge the finance minister to "heed the voices" of doctors, dentists, orthopedists and others who are vehemently opposed to the proposed tax changes.

They urge Morneau to "reconsider" his proposals and concentrate instead on "tax cheats" who hoard their money in illegal offshore accounts, robbing the federal treasury of some $6 billion per year.

Morneau said the government is in "listening mode" as consultations on the proposed changes continue until Oct. 2 and said he wants to hear from New Democrats and their constituents if they believe the changes will inadvertently hurt middle-class families.

"I can assure you that our focus is on ensuring the wealthiest do not get tax advantages over and above what is available to other Canadians — and I would have hoped to count on your support on such a crucial issue of fairness and equity."

In the House of Commons, Morneau also vowed to ensure women are not disproportionately impacted by the changes.

The proposed changes have raised the ire of doctors, lawyers, tax planners and other small business owners who've used incorporation to reduce their income tax burden.

They would restrict the ability of incorporated business owners to lower their tax rate by sprinkling income to family members who do no work for the business. They'd also limit the use of private corporations to make passive investments in things like stocks or real estate and limit the ability to convert a corporation's regular income into capital gains taxed at a lower rate.

The Canadian Medical Association and provincial medical societies have spearheaded opposition to the reforms, contending among other things that they'll result in doctors moving to the United States.

The controversy has also galvanized the Canadian Taxpayers Federation, which took to the air Monday by enlisting a small airplane to buzz the skies over Ottawa, trailing a banner that read, "No Small Biz Tax Hike."

Despite the opposition, more than 300 doctors across the country have put their signatures on an open letter to Morneau in support of the reforms. They argue that the changes will promote tax fairness and give the government more money to spend on health care.