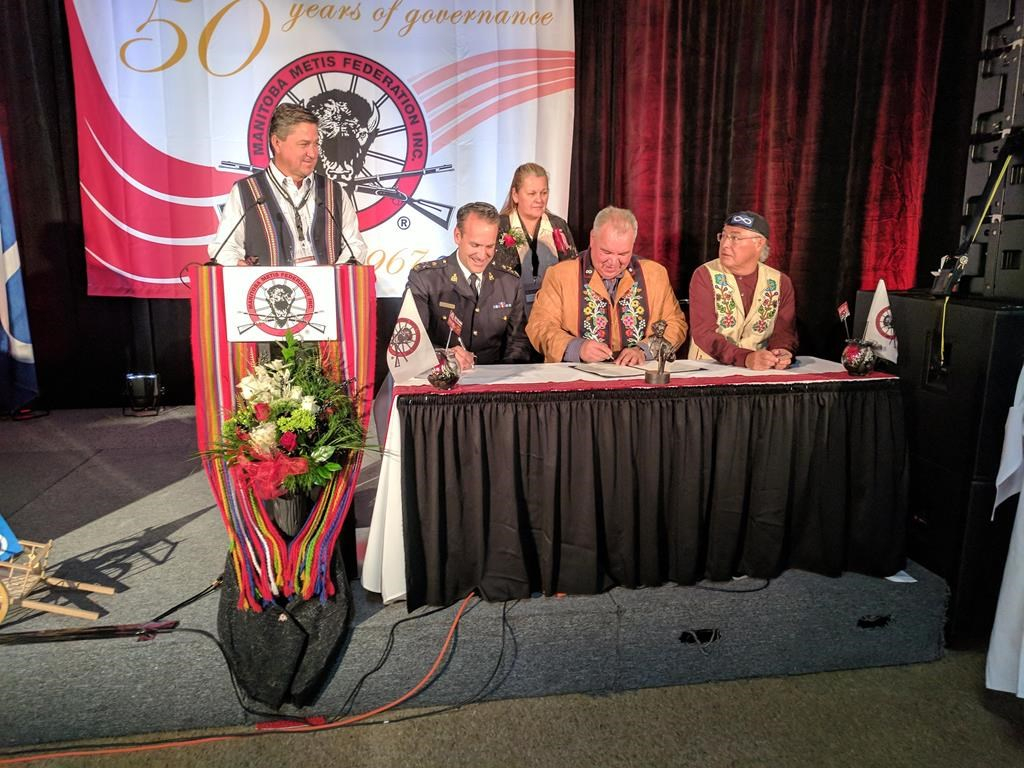 Three items, including a crucifix, that belonged to North-West Rebellion leader Louis Riel, which have been held by the RCMP for decades, will soon return to Metis possession.

RCMP Deputy Commissioner Kevin Brosseau and Manitoba Metis Federation president David Chartrand signed a memorandum of understanding on Saturday that will see the items transferred to a Metis heritage centre in Winnipeg, once it is built.

The items, which also include knife and a book of poetry Riel wrote, are currently on display at the RCMP Heritage Centre in Regina.

Riel was convicted of treason in 1885 for his role in the rebellion and was hanged.

Brosseau, who is of Metis heritage himself, says Riel is believed to have handed the crucifix to a member of the North-West Mounted Police prior to his execution.

"It's important to me, certainly on a number of levels, but absolutely being a person of Metis descent that those items be returned," Brosseau said Saturday.

Chartrand said the items belong with the Metis, not the Mounties.

"They're not trophies. They're actually very important artifacts that have a direct connection to our great leader," Chartrand said.

Brosseau said the agreement to return the items follows news stories about them earlier this year. Discussions were then launched between the RCMP and Metis groups over what to do with them, he said, and it was determined there was an interest by Metis groups to have them.

Chartrand said Metis groups have asked RCMP to hang on to the items until the planned Metis centre is finished.

He said construction is hoped to begin next year.

While the items can be viewed by the public at the RCMP museum in Regina, Brosseau said it's not the same.

"People have seen them and been exposed to them, but in the context of an RCMP heritage museum as opposed to, in this case, a museum which will ultimately be built by the Metis nation," Brosseau said.