'Where is she buried?' Government prepares database on Inuit tuberculosis graves 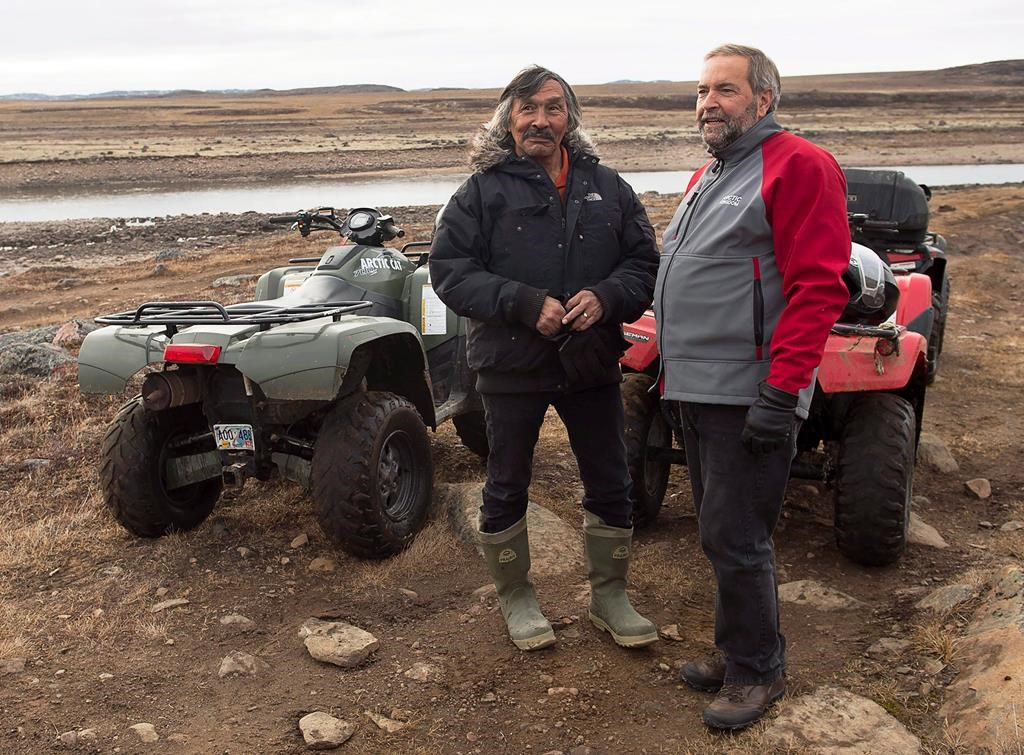 Jack Anawak was eight years old in 1956, the year the doctors came to his family's home in their tiny Arctic community and took his mother south to treat her tuberculosis.

Two years later, she died in hospital and was buried, somewhere.

The family was never told where and for nearly 60 years the mystery has sat in Anawak's heart like a dark hole in the sea ice that never freezes smoothly over.

"It left a question mark," said Anawak, who became a prominent Inuit leader and Liberal MP.

"Where is she buried? Where did this happen?

"You're always wondering where your loved one is. To me it's really important we close that final chapter of our lives, to finally realize you can go and visit your mom or your dad."

Anawak may finally get some answers.

After nearly 10 years of work, the federal government is preparing to release a database holding everything that is known about what happened to people who were taken south for tuberculosis treatment.

"The database is a little bit imperfect, even as we launch," said Elizabeth Logue, who runs the Nanilavut program, Inuktitut for "Let's Find Them."

"But there are a lot of people that are getting on in years and they just want to see what's out there."

Since 2008, Logue and a team of researchers have been pouring over records from federal departments, provincial and territorial archives, church files, records from cemeteries, sanatoria and hospitals as well as from individual informants.

They now have a database of records on about 4,500 Inuit who were taken south.

Some detail treatment and return. Some only describe treatment, without any information on whether the patient survived. Some record a death, but no burial. Some files are complete.

"Some of those stories are not the full story yet," said Logue. "We're working with (land claim groups) to ensure that once we have the database available, that the context is there to tell the story."

A few Inuit have already had a look through the database and have found what they needed. But for most, it will be accessed through land claims groups.

"Seeing some of this information for the first time can bring up some trauma," Logue said. "There will be health supports involved in this."

The issue remains close to the surface.

"It's a very personal issue and one that is very relevant to our communities today," said Natan Obed of Inuit Tapiriit Kanatami, Canada's national Inuit group. "There are many family members that are searching for their lost loved ones.

"In many cases, they were brought back to the wrong community. There are some circumstances where family members believe their loved ones are still alive."

Tuberculosis is still about 50 times more frequent among Inuit than among southerners. Poverty and housing are the main reasons, but sociologists say one reason TB remains hard to handle among Inuit is their memory of how they were once treated.

Between 1953 and 1961, a total of 5,240 Inuit, from toddlers to elders, were sent south, sometimes plucked right out of hunting camps on the land. The entire Eastern Arctic Inuit population at the time was only about 11,500.

''They took the parents — mother and father — and the ships would pull away and the kids were left standing on the beach,'' one former bureaucrat told the 2010 Qikiqtani Truth Commission.

Another said: ''If it was a mother with a baby in the hood, the radiologist would pick the baby up and give it to whoever was standing closest.''

Logue said the issue is at the forefront for the Inuit-Canada Working Group, struck last February by Prime Minister Justin Trudeau. Ministerial pressure is also driving the database forward.

Still, she can't put a date on when it will be available.

"My dad passed away not knowing where (his wife) was buried," he said.

"It goes through your mind, what she must have gone through, being in a strange land.

"She had a very long hair, down to her ankles. Some other person who was down there at the time told me that when she saw her, her hair had been cut off. That enraged me — her precious hair was cut off."

Over the decades, he said, the past has come knocking.

"It's like I've gotten messages from her," said Anawak.

"Thirty years after she passed away, one of my aunts told me that when she was leaving her to go back home, (my mom) told her, 'Make sure my Jacky always has kamiks (boots).' It was almost like a message from the past."