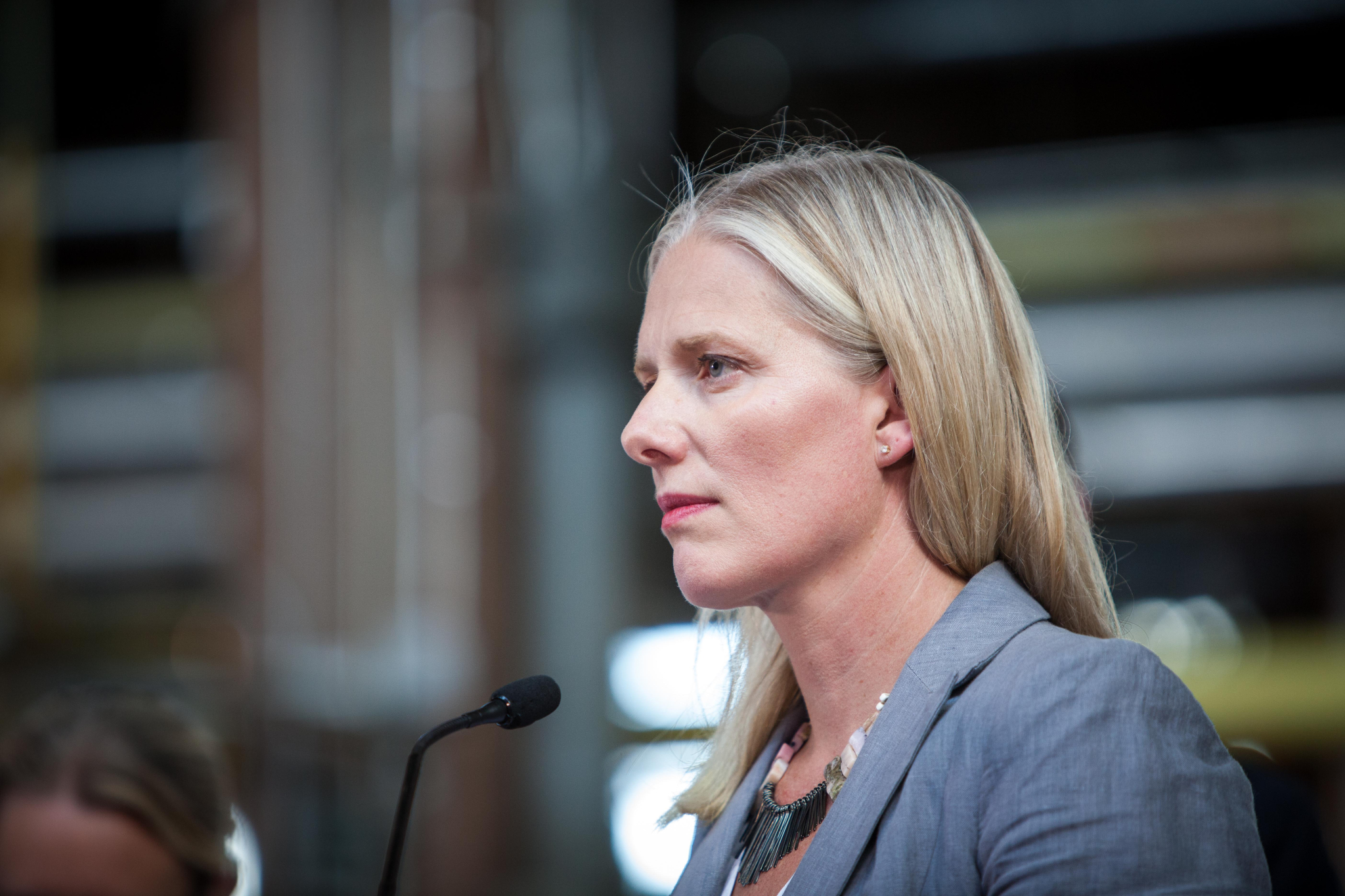 It’s crucial that the federal government turn its climate change plans into tangible action following decades of failure to do so, said Canada’s environment watchdog in a new report tabled in Parliament on Tuesday.

Following sweeping audits of 19 federal departments, Commissioner of the Environment and Sustainable Development Julie Gelfand said that all of Ottawa’s “previous plans” for climate action have failed to produce concrete results and now "is the time for change."

“The government does not have a solid strategy for eliminating inefficient fossil fuel subsidies, and it is nowhere near being ready to adapt to the impacts of climate change,” she said, as the report was released.

"The federal government needs to start doing the hard work to turn this latest broad framework into tangible and measurable actions.”

No clear plan for GHG reduction

Gelfand’s report lauded the Trudeau government for improved collaboration on climate action with provinces and territories, but noted that it had abandoned greenhouse gas emissions targets set by the previous Harper government. Canada was so far from meeting those goals, said the report, that it “was no longer working” toward its commitment to reduce climate-polluting emissions 17 per cent below 2005 levels by 2020, as laid out in the 2010 Copenhagen Accord.

But Gelfand said the federal government's failures to take effective action date back to 1992.

Greenhouse gas emissions (GHGs) — produced through the burning of fossil fuels — are the primary cause of climate change, which increases the world’s risk of natural disasters, forest fires and floods. Canada is the ninth-largest GHG emitter in the world, the report noted, with the oil, gas and transportation sectors as its largest contributors.

Instead of trying to meet the 2020 target however, the report said that Environment and Climate Change Canada, led by Minister Catherine McKenna, has shifted its focus to meeting a new target chosen by the Harper government and confirmed by the Trudeau government through the Paris Agreement: reducing Canada’s emissions 30 per cent below 2005 levels by 2030.

Gelfand attributes failure to meet the 2020 target to the government's choice not to "pursue a number of greenhouse gas regulations." As it stands, Canada’s emissions in 2020 are projected to be 111 megatons above that national target. Environment Canada has yet to “clearly indicate” how it will measure, monitor and report on provincial and territorial contributions to meeting the 2030 target, it added.

Auditors also found that the department had failed to prepare the federal government to adapt to the impacts of climate change. Environment Canada had not provided other partners and agencies with the tools, resources or “leadership” they require to assess or adapt to climate change risks.

“Although it developed the Federal Adaptation Policy Framework, the department did not set priorities or develop an adaptation plan to advance the framework across the federal government,” said the report. "As a result, the federal government could not demonstrate that it was making progress in adapting to a changing climate. Stronger federal leadership is needed."

Fourteen of the 19 departments that were audited had not taken appropriate measures to adapt to climate change impacts by assessing or managing its risks to their programs, policies, assets and operations, the report found. It also noted a "disconcerting lack of real results" when it comes to Ottawa's efforts to meet a 2009 international commitment to phase out inefficient fossil fuel subsidies.

"We found that the Department of Finance Canada and Environment and Climate Change Canada — the two departments tasked with delivering on this commitment — had yet to determine which subsidies would require phasing out, according to the commitment. It is unclear how Canada will meet this international commitment by 2025 without a clear roadmap to get there," it said.

Opposition parties were quick to criticize Environment Canada in the wake of auditors' findings. Green Party leader Elizabeth May said Gelfand's report confirmed that as it stands, "we're on a path to destruction." Federal NDP environment critic Linda Duncan added that the reports are evidence that "this government is all talk and no action when it comes to action on climate change."

Environment Canada has, however, implemented some recommendations from its last audit in 2014, said members of the Auditor’s General’s staff, noting two key areas of improvement: development of GHG emissions projections that account for high and low GDP and oil and gas price scenarios, and better demonstration of “national leadership” overall.

“We’re finding that there’s co-ordination, there’s progress in working with provinces and territories,” said an auditor on Tuesday morning. “They’re co-ordinating better with federal departments, which is something that we saw since the pan-Canadian framework was launched.”

As a result of latest sweep, conducted between November last year and spring of 2017, auditors recommended that Environment Canada “publicly articulate” how it plans meet 2020 and 2030 GHG reduction targets and continue work on transparency when it comes to estimated emissions.

The federal department agreed with those recommendations, and emphasized its continued commitment to meet both the 2020 and the 2030 targets. The Pan-Canadian Framework on Clean Growth and Climate Change is “comprehensive and credible plan,” it said in its response to the audit, that will facilitate the country’s transition to a low-carbon economy.

In an emailed statement to National Observer, McKenna said her department is ready for hard work in the months to come, and pointed out that much of the work evaluated in the audit date back to the "Harper era on climate change and sustainable development."

"Our government wholeheartedly agrees that more must be done, and has been clear from the outset that we’re taking a different path from that of the Harper government, which set targets with no plan in place to meet them, and did nothing to address climate change," she said.

"Just as the Commissioner recommends, we’re working every day to turn our commitments into actions. That’s why we’re taking smart, collaborative and pragmatic action with our partners from provinces, territories, and Indigenous communities. We look forward to seeing the results of the significant actions that we have taken since 2015 reflected in future audits.”

Editor's Note: This story was updated on Tues. Oct. 3, 2017 at 12:43 p.m. Eastern Time to include comments from the Green Party, NDP, and Environment Minister.