By Elizabeth McSheffrey | News, Energy, Politics | October 4th 2017
#4 of 42 articles from the Special Report: The Price of Oil 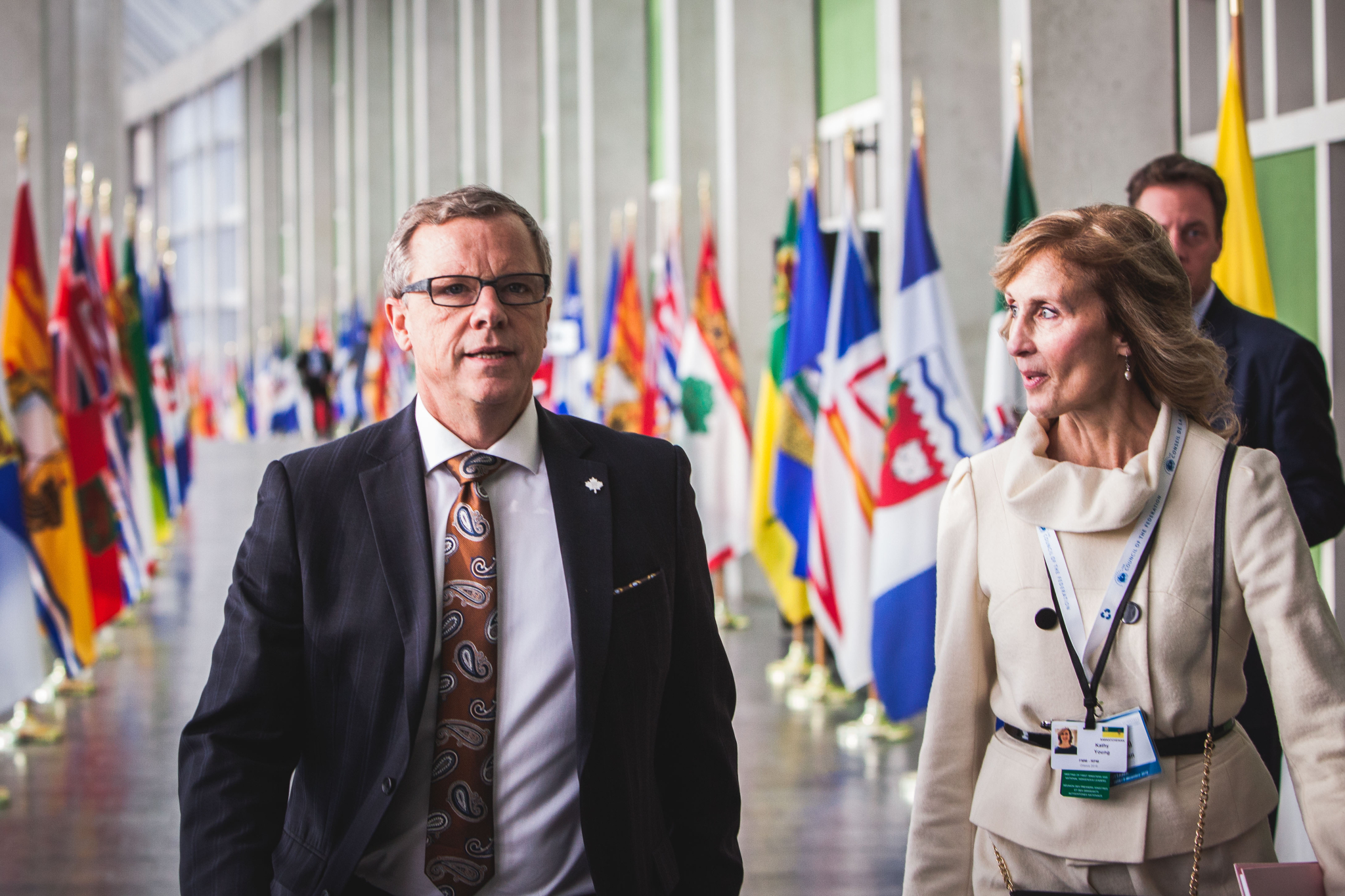 Saskatchewan Premier Brad Wall's government has emphasized its commitment to safety after an unprecedented investigation on its regulation of the oil and gas industry. File photo by Alex Tétreault
Previous story
Next story

Public health and safety is its "number one priority," says the Saskatchewan government in response to an unprecedented national investigation published this week that puts the spotlight on evidence of dangerous holes in its oversight of the oil and gas industry.

On Sunday, reports published collaboratively by National Observer, the Toronto Star and Global News revealed nearly five years' worth of industry violations related to a toxic gas called hydrogen sulfide (H2S). They occurred under the watch of provincial government officials who were aware that there was a problem.

During that time, the investigation found a number of people who were sickened by the sour gas, and in 2014, a worker died on the job of exposure to it. There is no evidence that the provincial government issued public safety warnings following these incidents, and internal records obtained through access to information legislation show that it declined twice to make public the H2S danger zones it had identified with data from industry.

The investigation, called The Price of Oil, was carried out over the course of the year by the media outlets, journalism schools at the universities of Concordia, Regina, Ryerson and British Columbia, The Michener Awards Foundation and the Corporate Mapping Project.

Saskatchewan Energy and Resources Minister Nancy Heppner sent a letter to National Observer responding to the special report and defending her government’s actions. Her letter failed to address the key evidence and problems it uncovered, instead suggesting that Saskatchewan was on top of the issue.

"There has been a marked improvement in air quality in southeast Saskatchewan in terms of sour gas levels," she wrote.

Responding to requests for comments on the investigation, the provincial government highlighted a number of initiatives it undertook to protect public safety as complaints of injury — and industry facilities that were failing inspection — piled up between 2012 and 2016.

H2S, also known as sour gas, is a corrosive, invisible gas that can leak from the wellheads, tanks and flare stacks of the oilfield, and is fatal to humans in high concentrations.

In 2014, Saskatchewan's Ministry of the Economy — the sole regulator of the oil and gas industry in the province — deliberated, and rejected, a tough new penalty regime of fines for companies that broke the rules. One month later, oilpatch worker Michael Bunz died of H2S exposure.

It was that year, said Parker, that the government launched a new cost-recovery levy tied to oil and gas wells that would fund increased regulatory programming, including the purchase of new equipment, the hiring of additional field staff, the development of new data systems and increased technical training. The levy has since been expanded to include pipelines, Parker added, including those that transport H2S.

Between 2012 and 2017, the Ministry of the Economy has increased its inspection of wells and facilities that process high volumes of H2S, and started collecting gas composition data to better identify the wells where H2S production is highest, he explained. It has invested in new air monitoring stations, hand-held sour gas measurement devices for field inspectors, field-testing of new equipment, and infrared cameras that can identify gas leaks and emissions venting at wells and facilities.

Asked if the government perceived such efforts as having been "sufficient" to protect the public, given complaints of injury and a workplace death, Parker declined to comment. He did not answer any followup questions sent by the investigative team after the report was published, apart from a clarification about the 2014 levy, and criticism of opinion pieces that challenged the government's position.

Parker said The Price of Oil's reporting omitted the fact that "the public is encouraged by government to contact the ministry to report incidents." The investigation discovered internal Ministry of the Economy records stating that the ministry "prefers to see operators deal with public complaint without having to be involved.” Parker did not address that apparent contradiction when asked.

"The editorial reply (by Heppner) will have to suffice," said Parker, the government spokesman, after National Observer requested an interview.

All other interview requests to the ministries of the economy and the environment were declined.

Heppner, Saskatchewan's energy and resources minister, said in her letter that "protecting the health and safety of Saskatchewan citizens is the number one priority for the Government of Saskatchewan. We take our responsibilities seriously."

Other efforts to curb rogue H2S emissions in Saskatchewan include the launch of an Integrated Resource Information System (IRIS) that provides tools for managing inspection and incident reporting, a budget increase of $1.35 million for regulatory programs between 2017 and 2018, and the reallocation of resources to field operations in southeast Saskatchewan, where H2S risks are highest, he added.

However, in light of The Price of Oil investigation, opposition parties in Saskatchewan are crying foul.

A mix of emissions including H2S and other gases leaks from a tank battery in Saskatchewan in February 2017, captured through a Forward Looking Infrared Radiometre installed by Saskatchewan's Ministry of the Economy. Footage obtained from the ministry's petroleum and natural gas division

Based on the documents unearthed in the investigation, he said public safety "seems to have taken a backseat" under Wall's ruling Saskatchewan Party. He suggested it may be time for Saskatchewan to create an independent, arm's length regulator for the oil and gas industry, similar to the Alberta Energy Regulator or British Columbia Oil and Gas Commission.

If the investigation’s reporting can be verified, Swenson added, the Saskatchewan government’s inaction on H2S could add up to “criminal negligence.”

The Saskatchewan Party was founded in 1997 by a coalition of former Conservative and Liberal party members, then in opposition, who were trying to unseat the NDP government. Under Wall's leadership, it formed a government following the 2007 and has been in power since. The Progressive Conservatives no longer have any seats in the legislature.

Parker would not say whether the Saskatchewan government is considering Swenson's request, or whether it would consider moving to a new form of industry regulation.

"They can no longer stand back and hope that the industry will police itself," said the party's environment and economy critic Cathy Sproule in written comments. "Their hands-off approach is failing Saskatchewan families, it’s threatening the air we breathe and the water we drink, and it’s hurting our economy.”