Singer gives up city to be artist-in-residence at her own P.E.I. microbrewery 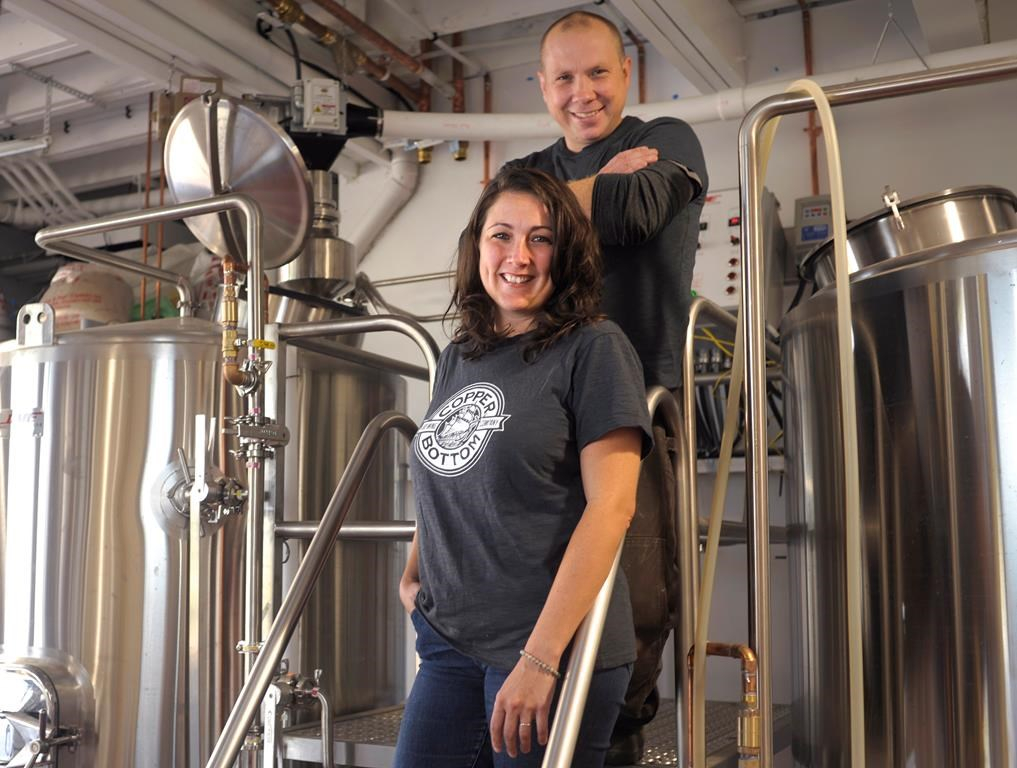 Ashley Condon spent years in Toronto, a singer-songwriter contemplating more years of wearily heading to her next road gig.

"At the end of the day I just thought: What am I going to have to show for that besides bloodshot eyes and being exhausted?" said Condon.

The native East Coaster saw a better future in Prince Edward Island, where she is now brewing up a novel approach to her music career — let the world come to her.

Condon recently released her third full-length album, "Can You Hear Me," as she was also preparing to launch a new microbrewery with her husband in the small town of Montague, P.E.I.

Being co-founder of Copper Bottom Brewing — in an historic building on Main Street, overlooking the picturesque Montague River — wasn't always the plan.

"I was just going to be the sort of cheerleader on the side," said Condon of her husband Ken Spears' dream of opening a microbrewery.

"But as we started to dive deeper into the project, we started to see that it was something we wanted to do together for our community of Montague. Me being an artist and singer-songwriter, I saw it as an opportunity to build and expand on the arts community here.

"It started to unfold as this beautiful marriage of the two of our passions."

Condon — who lives in Sturgeon just outside Montague in eastern P.E.I. — saw a need for more music venues on the Island, particularly ones that could host artists in the off-season.

"There's so many amazingly talented artists and we're all walking around trying to get the same two gigs," said Condon, adding the Copper Bottom Brewing will make three beers to start: a blonde, red and pale ale.

"I really love the idea of giving artists a place to come and play in P.E.I., and to curate the art and music that I've been seeing all over the world and bring it here."

Condon said the modern music industry is tough — witness fellow singer-songwriter Kathleen Edwards's decision to open a cafe outside Ottawa in 2014 — and she saw the craft brewery as a way to bolster her career both economically and artistically.

And after years of "schlepping it" on the road, Condon found it to be a new way to build up her own career and showcase her musical talents in the province she has again called home for seven years.

"This is an opportunity to be closer to home and build something in the community and bring people to us."

Fittingly, her new album "Can You Hear Me" is an ode-of-sorts to the East Coast. Having lost both of her parents by the time she was 21 years old, Condon considers the music community in P.E.I. her surrogate family.

"The album really feels like an extension of the amazing community that we have here in P.E.I.," the 35-year-old woman said.

It opens with a song called "Diamond Sky," in which Condon describes a time she longed for home while living in a big city: "I used to watch the ocean turn from waves to ice. I used to let the fires burn up to the diamond sky."

The nine-track album features vocal harmonies from fellow Island artists Catherine MacLellan and Meaghan Blanchard. The trio have collaborated in recent years as the Eastern Belles.

Although it's a folk-roots record, Condon said it "sonically takes the listener to a few more places," a sound she said was honed by Dale Murray — ex-member of the Guthries and Cuff the Duke and Anne Murray's nephew — who produced the album in Nova Scotia.

A date has not yet been set for the grand opening of Copper Bottom Brewing, but Condon is hoping the doors will open in about a month.