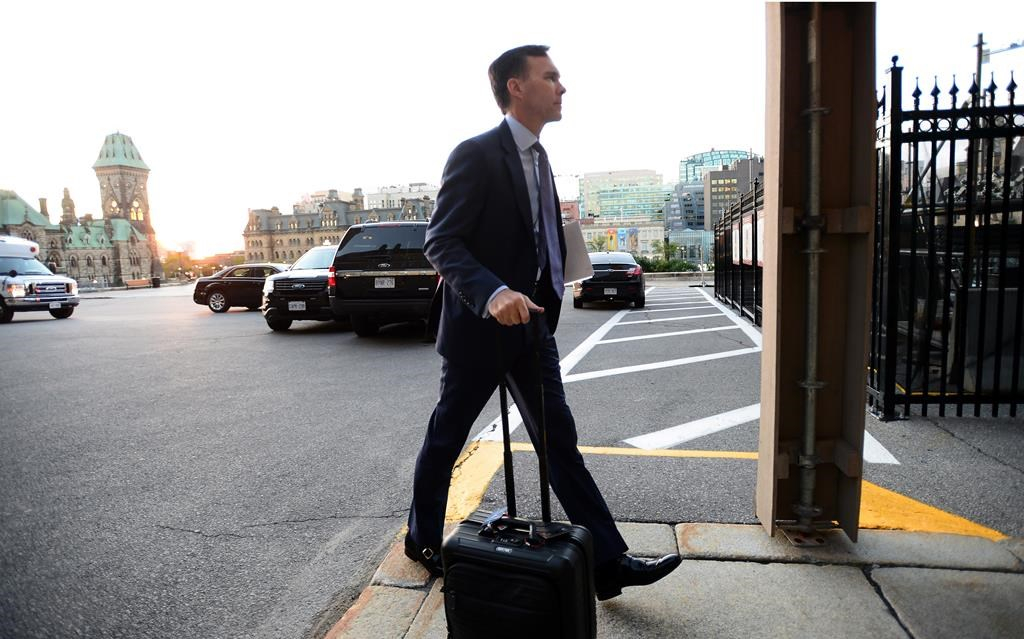 Justin Trudeau will belatedly honour his campaign promise to cut the small business tax rate to nine per cent as his government scrambles to undo the damage from weeks of controversy over proposed tax reforms for private corporations.

The prime minister is to announce the reduction Monday, along with some changes to the tax reform proposals in a bid to re-establish the Liberals as the champions of middle-class Canadians.

That title has been tarnished in recent weeks as doctors, lawyers, accountants, shop owners, farmers, premiers and even some Liberal backbenchers denounced the reforms, contending they'd hurt the very middle class Trudeau claims to be trying to help.

The changes are expected to be largely technical in nature, aimed at more clearly targeting the reforms at wealthy individuals who've used incorporation of small businesses to gain what the government maintains is an unfair tax advantage.

They're also expected to address concerns the reforms will disproportionately impact women, inhibit the ability of small business owners to save for a rainy day and make it impossible for farmers, fishers and others to pass their businesses on to their children.

The addition of a cut to the small business tax rate appears to be the political equivalent of a spoonful of sugar to make the reform medicine go down.

Trudeau campaigned in 2015 on a promise to reduce the small business tax rate to nine per cent from 11 per cent over three years.

But in the 2016 budget, Finance Minister Bill Morneau froze the rate at 10.5 per cent and cancelled a legislated reduction to nine per cent instituted by the previous Conservative government.

Faced with an angry backlash to the tax reform proposals, the Liberal government is now reviving the nine per cent promise, a source, who was not authorized to speak publicly on the matter, confirmed Sunday.

The opposition Conservatives attacked Morneau on Monday for what they described as the Liberals' flip-flop on the small business tax cut.

Finance Minister Bill Morneau has acknowledged that changes are required to address the concerns his reform proposals have triggered.

And he's signalled that he'll make changes to avoid subjecting companies to additional, onerous red tape, complicating the intergenerational transfer of small businesses or hurting the ability of women entrepreneurs to save money for maternity leaves.

The Liberals' popularity has taken a hit in some opinion polls amid the backlash to the proposed reforms, first announced in mid-July.

Monday's damage control effort begins with an early morning briefing for Liberal MPs, some of whom have been among the most critical of the proposals.

Trudeau will unveil the changes publicly a couple of hours later at an event with small business owners in Markham, Ont., accompanied by Morneau and Small Business Minister Bardish Chagger.

On Friday, Morneau acknowledged that the government has to do a better job of reassuring middle class Canadians that they won't be negatively impacted by the proposals.

"The fact that farmers won't be impacted, we need to make that clear," he said. "The fact that, you know, small businesses will be able to continue to invest in their business, which is what we want, and won't be worried about passing their business to the next generation, we're going to communicate that clearly."

As originally proposed, the plan would restrict income sprinkling, in which an incorporated business owner can transfer income to a child or spouse who is taxed at a lower rate, regardless of whether they actually do any work for the company.

It would also limit the use of private corporations to make passive investments that are unrelated to the company and curb the ability of business owners to convert regular income of a corporation into capital gains, which are taxed at a lower rate.

Critics have complained that the reforms would hurt entrepreneurs who take personal financial risks when they open a business, impeding their ability to save for retirement or maternity leave and to sock away funds for economic downturns.