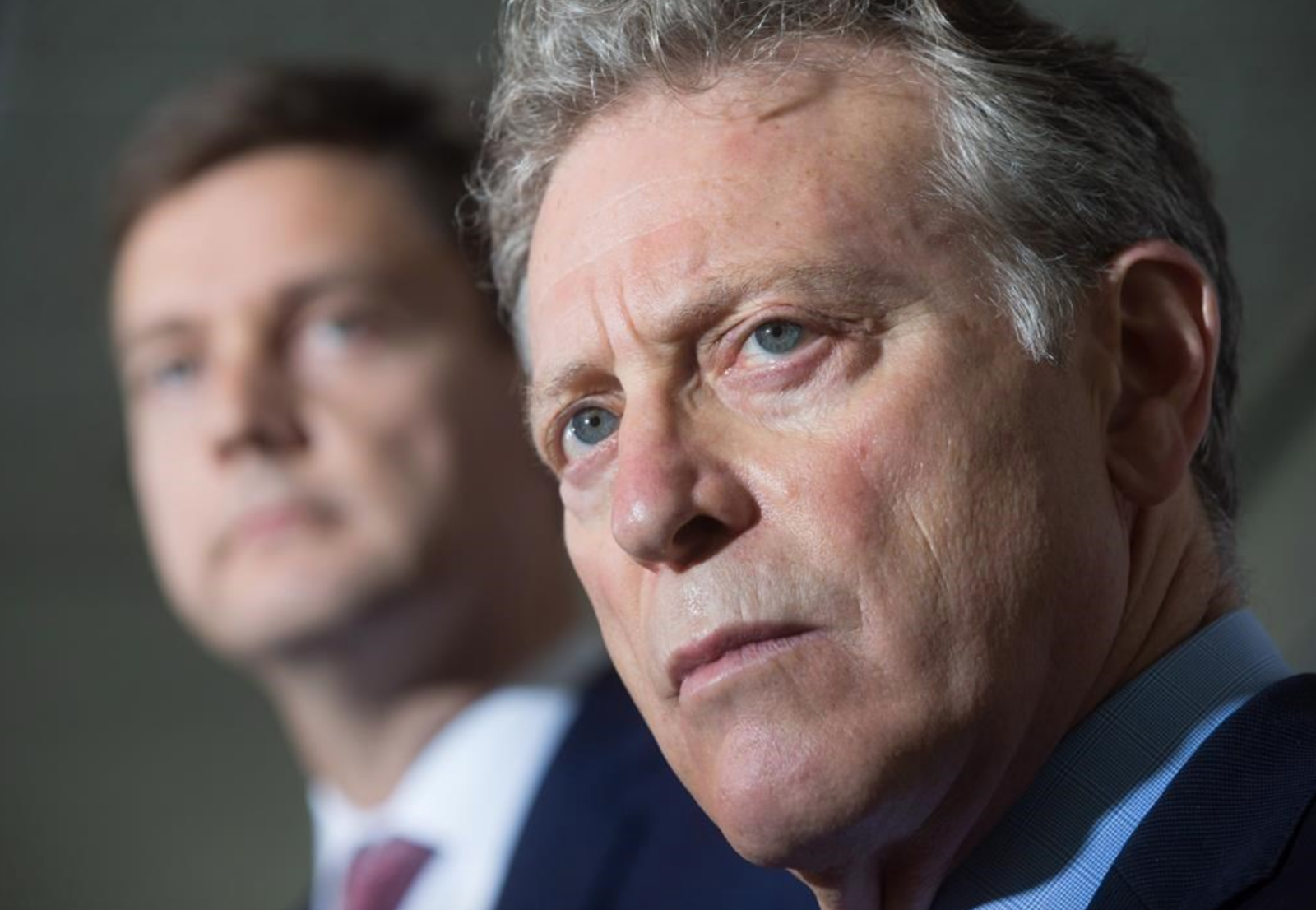 British Columbia has introduced pollution prevention regulations to hold transport companies moving petroleum products across the province responsible for the costs of responding to and cleaning up spills.

Environment Minister George Heyman said Friday the new regulations will take affect at the end of this month and apply to pipeline, railway and truck company owners and transporters moving more than 10,000 litres of liquid petroleum products.

The rules increase responsibility, transparency and accountability for operators who transport potentially dangerous products through B.C., he said.

"I would hope that business doesn't believe that individual members of the public through their tax dollars should be responsible for cleaning up spills they incur in the course of doing business and making a profit."

The aim of the new rules is to prevent spill sites from being left contaminated for months and sometimes years, Heyman said, noting companies will be required to submit spill response and recovery plans ahead of moving their products.

"Most people subscribe to the polluter pay principle," he said. "These regulations also require that spill contingency plans be put into place and that recovery plans and reporting plans be implemented in the case of a spill. That's just reasonable."

CN Rail said in a statement that it continues to work with the B.C. government and its industry partners on emergency response and preparation plans. The railway transports oil and numerous other products, including grain, across B.C.

The B.C. Trucking Association said in a statement that it supports the province's new rules.

"We have been actively engaged in working with the government on the development of these regulations because the safety of our drivers, the public and the environment is our number one priority," the statement said.

Last spring, the previous Liberal government amended the Environmental Management Act to include some of the new regulations, but Heyman said he further tweaked the polluter pay regulations to ensure annual public reporting by the government.

He said he also shortened the deadline for operators to put their spill contingency plans in place to one year for trucking companies and six months for railways and pipelines.

The new rules do not apply to marine vessels carrying petroleum products along the B.C. coastline.

"Marine spills are regulated by the federal government but there is some jurisdiction for the province if a marine spill ends up washing onto the shoreline of B.C.'s jurisdiction or the seabed," Heyman said.

The province is developing a strengthened marine response and recovery program that complements federal spill regulations, he added.

The new regulations come on the one-year anniversary of a fuel spill off B.C.'s central coast, where a tug sank, spilling more than 100,000 litres of diesel into waters near the Great Bear Rainforest.

Marilyn Slett, chief of the Heiltsuk First Nation, said the sinking of the tug, Nathan E. Stewart, has had devastating social and economic impacts on her community.

A valuable fishing area remains closed a year after the spill and many Heiltsuk face the prospect of a second year without revenue from the area's valuable shellfish species, she said.

This article is a powerful

This article is a powerful commentary on the extent of 'regulatory capture' by the hydro-carbons industry in our province (similar to aquaculture and mining industries). It's reminiscent of the recent law requiring financial advisors to act in the best interests of their clients. Both give you an idea of how far the pendulum has swung towards runaway neo-liberalism.