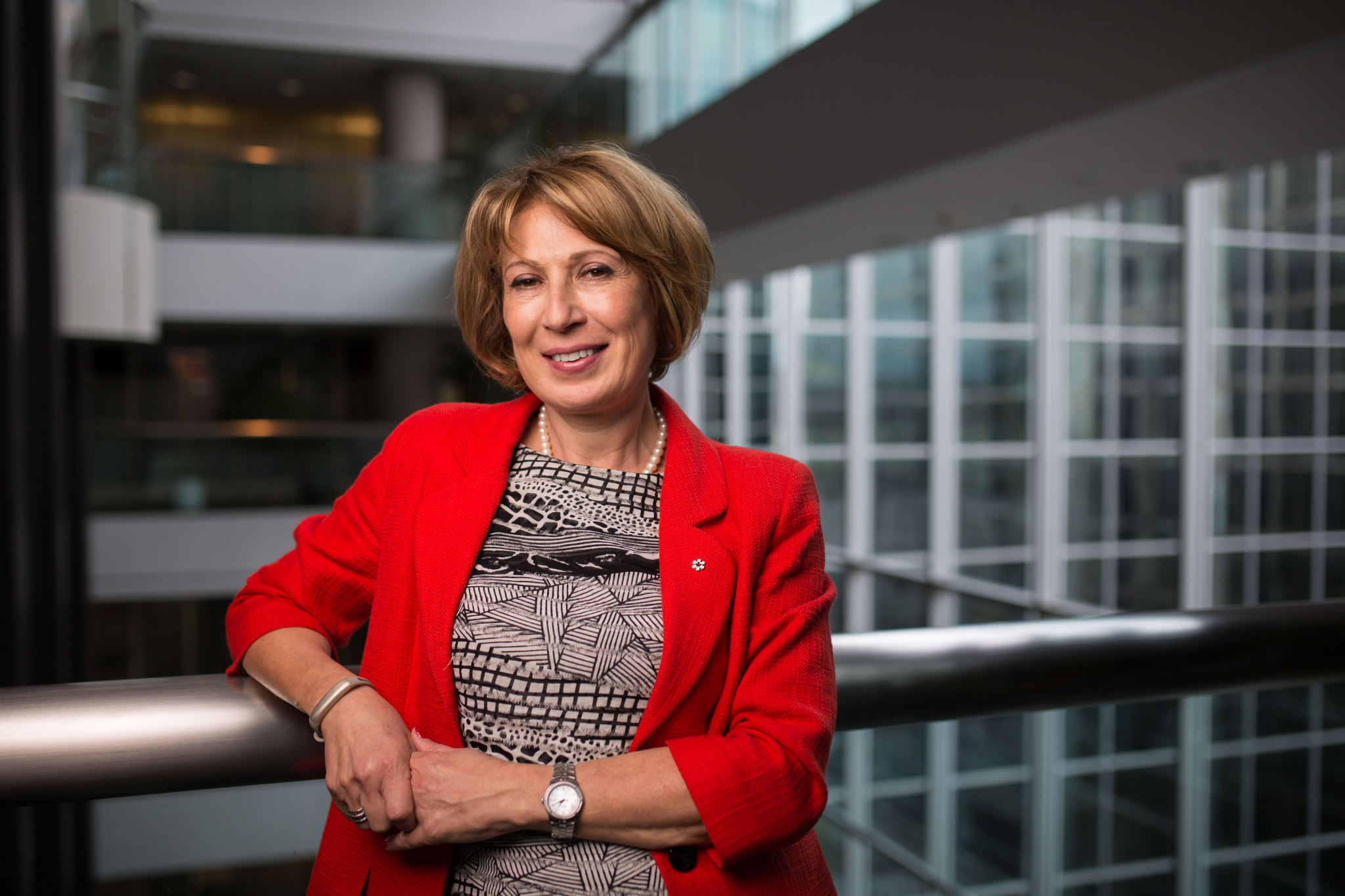 A “solution” is in the works to save a critical government fund that supports climate change research, says Canada’s top scientist.

The Climate Change and Atmospheric Research program (CCAR), which supports seven independent projects in climate science, is due to run out at the end of the year, to the dismay of countless scientists, advocacy groups and environmentalists.

One of the projects it supports, the Polar Environment Atmospheric Research Laboratory (PEARL), is a crucial Arctic lab studying atmospheric change, including research into the ozone layer, with a large complement of instruments.

“My understanding is that a solution [for both] is actually in the works, and things are on track and the community will be pleased,” said newly-minted Chief Science Adviser Mona Nemer in an interview on Oct. 19.

“If I give you more details, people will stop telling me things."

Prime Minister Justin Trudeau appointed Nemer to the position just over three weeks ago. The Liberals had promised in 2015 to create a position to ensure public access to government science, keep scientists unmuzzled and put science in government decision-making.

But the search wasn't launched until a year later, and it took until this fall to announce Nemer's appointment. Academics have been anxious to see how she will put her stamp on things.

Nemer spoke to National Observer outside her mostly-empty office suite, that she's still setting up, inside the sprawling C.D. Howe Building in downtown Ottawa.

She said she couldn’t give more details about the “solution” the government has in mind. But she confirmed that it involved both the climate fund and the projects it supports like PEARL.

The issue also “begs the larger question,” Nemer said. “How do we support major infrastructure and large networks in the country?” especially major science projects that don’t fit into the model of the Canada Foundation for Innovation, she argued.

“This is one of the things where I will certainly be looking at collaboration with the granting councils,” she said.

'It's not my style' to be a political pawn, says top scientist

The government has hinted at tackling the issue of PEARL before, but in a more indirect way. Science Minister Kirsty Duncan, for example, said on Oct. 6 that the government was working with researchers to find "other avenues of support,” and insisted that funding was in place until March 2018.

But some scientists who have worked at the lab have said a decision should have been made already; research funding takes several months to a year to roll out, they said, meaning there will already be gaps in the data being collected, which puts long-term studies at risk.

Katie Gibbs, executive director of Evidence for Democracy, an Ottawa-based group calling for evidence-based decision-making, and which has launched a campaign to save the lab, said the public has succeeded in getting the issue on the government’s agenda.

“Thousands of Canadians have contacted the science minister about PEARL and climate science funding over the last month,” said Gibbs.

“It is promising to hear that they’re working on a solution. We look forward to seeing concrete action on this in the near future.”

The chief science adviser is in the process of filling the many empty desks that fill her corner of the building.

The office suite used to house Canadian Space Agency personnel, staff members said. The joke around the office is that they won’t need to change the acronym, CSA, if it’s used on any signs.

There are currently three people in the office, and staff expect to fill eight permanent positions, in addition to having several project-specific staff on board, when things are fully up and running.

But while they may be able to leave acronyms in place, Nemer has some tough work ahead of her to essentially reinvent how scientific knowledge and information will be conveyed through the decision-making process.

Scientists have been curious what process Nemer will put in place to ensure transparency in the way that science is incorporated into decision-making.

“It’s not my style, you know, to sort of act like a figurine,” said Nemer, when asked how she would avoid becoming a conduit for decisions the government has already made.

“On day one, I said I’m taking this job to make a difference, and that I intended to do this.”

She said she sees her office’s relationship with Prime Minister Justin Trudeau’s office as a “close relationship, in the sense that, I certainly hope that I will be a trusted adviser, because that’s my role.”

“And in fact I’ve already reached out, and they’ll be coming over to see me in my offices again today, this afternoon at the end of the day,” Nemer added. “I’m certainly counting on a productive and ongoing relationship.”

Duncan ‘has a plan’ to roll out Naylor recommendations

But she said she won’t weigh in on legislation that’s now before government, as it precedes her appointment.

She also prefers to apply the recommendations in Canada's Fundamental Science Review — commonly known as the Naylor report after its chair, C. David Naylor — to government decisions originating after the report came out this spring.

Nemer said Duncan “has a plan in terms of rolling out the recommendations” in the Naylor report. “I’ll be supporting [Duncan] in whatever way she asks me,” she said.

Nemer also said her office will be setting up an annual report system, and is aiming to better communicate with the public via social media.

“It’s already clear that I will be providing an annual report, where we basically state everything that we’ve done,” she said. “The advice will be made public, except in cases where there are classified documents. Otherwise, by default, it’s going to be made public.”

Nemer said she wanted to make sure the public has a better understanding of the “science and data and advice” that goes into policymaking. “Really the only way for this to happen would be if our reports are made public,” she said.

The office has an active Twitter account, Nemer said, where it has been posting about what she’s been doing. But Twitter isn’t the way she intends to communicate on “substantive” matters, she cautioned.

“We’re looking into having a blog, I think — those kinds of ways of communicating easily across this large country. That doesn’t exclude other things, but honestly we’re just starting,” said Nemer.

Nemer will also have to connect with the science community to find credible spokespeople in each field that can provide her with good expertise.

She said she “might well call on an independent expert panel, to provide us with a synthesis of the data, and then for us to review it,” she said. “It’s just going to be impossible to do it otherwise.”

She couldn’t give more specifics on how that expert panel might be set up, but did say there were “typical ways of assembling experts.”

“I do know that there are groups in Canada who can provide this type of advice, for example the Royal Society of Canada, the Council of Canadian Academies,” she said.

“Certainly that’s a good place to start. And I do have my networks, so I’ll call upon them and ask them, ‘Hey, who’s the top expert in the world on this?’ Hopefully I’ll get some names.”

She intends to work with experts inside and outside government, and use published data from national and international sources, she said. “The last thing that I personally want to do is to make this office into a silo.”

“I think the important thing is reaching out to experts, and then in cases like this, it would be properly framing the question.

“It’s a little bit like the scientific method; you need to understand what you’re looking for. Once you frame the question properly, then you can find the proper experts, then you can ask them to look into existing data and provide you with recommendations.”