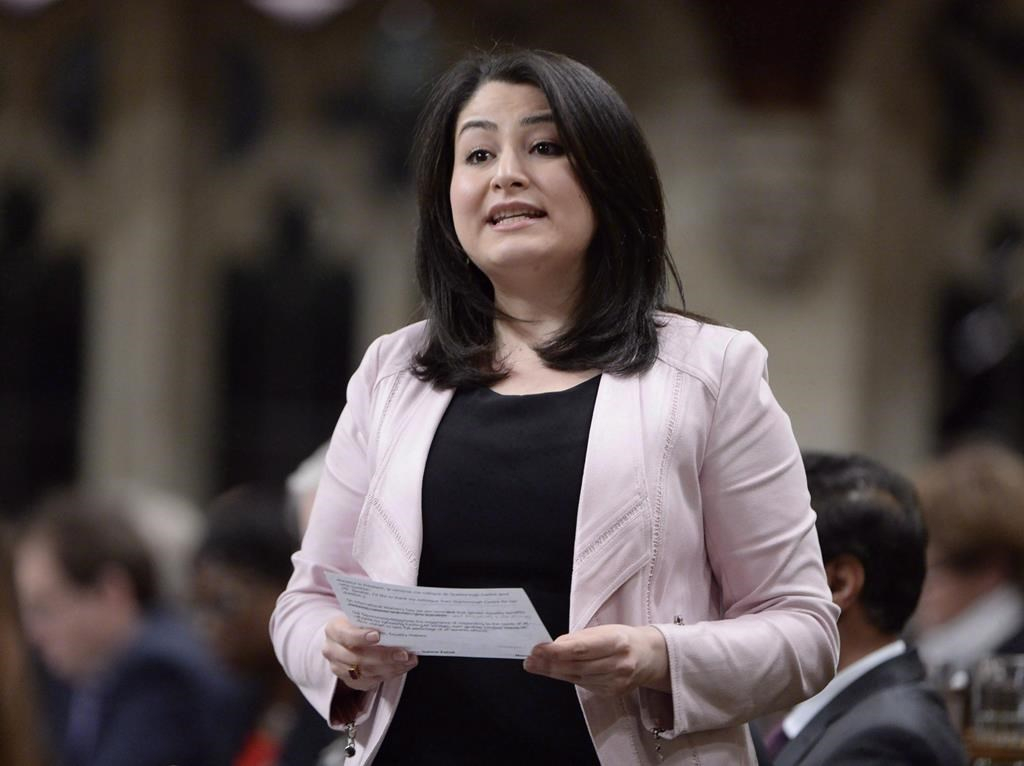 Status of Women Minister Maryam Monsef answers a question during Question Period in the House of Commons in Ottawa, on Wednesday, March 8, 2017. File photo by The Canadian Press/Adrian Wyld
Previous story
Next story

The Liberal government is giving Status of Women Canada more money to pay for the extra workload that comes with its focus on gender equality.

Prime Minister Justin Trudeau has said that advancing gender equality is a priority of his government, which includes running their proposals through gender-based analysis, which looks at how a certain policy might affect men and women, or boys and girls, in a different ways.

The agency responsible for carrying out much of that work has been struggling from cuts the previous Conservative government made to its budget more than a decade ago, but that is about to change.

That begins with $4 million this fiscal year and ramps up to $8 million annually on an ongoing basis.

The Finance Department says the money will go towards things like boosting the capacity for engaging with provincial and territorial governments, stronger communications, better strategic policy support and measuring results and delivery.