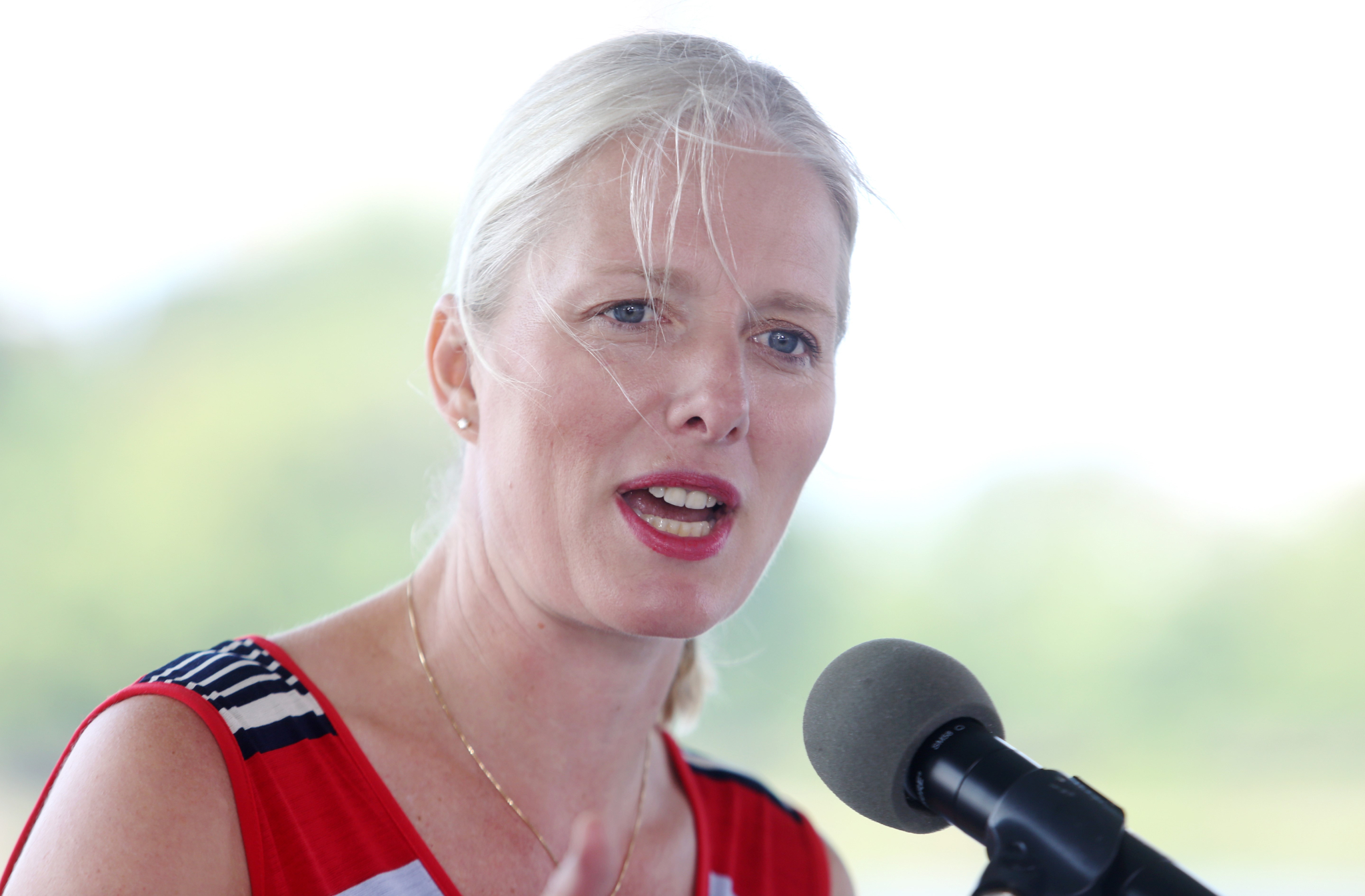 Canada has no immediate plans to raise its targets for cutting emissions, despite pressure from the United Nations to step it up or risk the failure of the Paris climate change agreement.

In the 2015 Paris accord, 196 countries, including Canada, agreed to set national targets to cut greenhouse gas emissions en route to preventing the planet from warming up more than two degrees Celsius on average compared with pre-industrial levels.

UN Environment Tuesday released its eighth annual emissions gap report, which says Paris signatories have thus far only committed to one-third of the cuts to emissions that will be required to achieve the goal.

Canada is one of the biggest laggards, with the UN saying that not only are Canada's existing targets too low, it does not yet have the policies in place to even meet them. The report calls on Canada and many other developed nations, including the United States, Mexico and the European Union, to step up their planned cuts or there is zero chance of meeting the two degree goal.

All countries that signed Paris are expected to produce updated targets by 2020 and the UN report says the technology is there for the world to hit the necessary cuts, it just needs the will to do it.

Asked about the report on Tuesday, Environment Minister Catherine McKenna didn't say Canada won't increase its ambition by 2020, but neither did she say Canada would.

"We've come forward with our targets now and we have a plan to meet them and we need to implement them," she said.

"We're always looking at how we can accelerate actions, but we need to be doing that in lockstep with the provinces and territories."

Canada has committed to achieving cuts to emissions to 30 per cent below what they were in 2005, which means about 523 million tonnes a year. It is at least the fourth time Canada has set an emissions target and thus far has never met one of them.

If every item in the national climate change framework is completed, Canada will still be more than 40 million tonnes from its 2030 goal.

Catherine Abreu, executive director of Climate Action Network Canada, said Canada needs to "get real" about why that gap remains.

"A huge part of that is because we're still planning to develop fossil fuel resources in this country," Abreu said.

"It's time for Canadian governments to get real about having that really tricky conversation about what economic transition looks like for this country."

The UN report said if the world doesn't up its game in cutting emissions before 2030 "it is extremely unlikely that the goal of holding global warming to well below two degrees Celsius can still be reached."

"The alarming number and intensity of extreme weather events in 2017, such as hurricanes, droughts and floods, adds to the urgency of early action" the report said.

It also said the world won't achieve its climate change goals unless 80 to 90 per cent of coal reserves worldwide stay in the ground, along with 35 per cent of oil reserves and 50 per cent of gas reserves.

McKenna pointed Tuesday to Canada's joint commitment with the United Kingdom to pressure the rest of the world to phase out coal-powered electricity.

The UN says technology exists for the globe to get to the required emissions cuts and in an economically feasible way, including improved agricultural practices, adoption of energy efficiencies and renewable energy sources.

Although this gov't says they

Although this gov't says they believe in climate change they clearly do not understand it yet. These weasel words like the economy must not be forgotten (read we need to keep pumping carbon) or we must act in lock step with the provinces (most of whom are also totally blind to reality) show a total lack of leadership. Add to that our targets are pathetically low. Get real Canada.

And our Prime Minister

And our Prime Minister performs as “SUPERMAN”? He seems to think this is just a game that he can ‘play’ at. That is, having his cake (“Climate Hero”) and eating it too ( granting the Fossil Fuel Industry all the treats they want). He calls it balance. I call it fantasy and dangerous.

Yes, Canada's existing targets are vastly too low and indeed we do not have policies in place to meet our Paris 2015 agreement to cut our greenhouse gas emissions to keep our planet warming below two degrees Celsius. Canada's Paris climate commitments have been rendered meaningless.We are being stuck with fossil fuel infrastructure that is increasingly uneconomic, hugely subsidized by governments, and lethal to our climate. The evidence is everywhere. The Trudeau government committed to reduce Canada's ghg emissions by 30% by 2030. Canada , under this government, is contributing to a carbon/ghg nightmare! An example is approval of Kinder Morgan's Trans Mountain Pipeline and Line 6. Citizen's are not going to be bulldozed, mislead or intimidated neither the federal government nor the fossil fuel industry. Fossil fuel jobs are not a reasonable trade off for giving lip service to the existential threat of climate change. As noted in the B.C. Utilities Commission report on site C dam , alternate sources of power , much of it sustainable, will offset job loss by cancelling site C. The same can be said for stopping expansion of tar sands and fossil fuel projects. The National Energy Board's approval of these projects was both fast tracked and truncated. The NEB assessment did not consider the full life cycle green house gas emissions. There was no climate test. Yet Energy East was to be assessed by a climate test. Are the political consequences greater for the Trudeau government approving a bitumen pipeline through eastern Canada, particularly Quebec, than British Columbia? So, what is the scorecard: Trudeau promise: 200 million ton ghg cut by 2030. Kinder Morgan pipeline alone would contribute 125 million tons ghg a year including the ghg emissions from extraction, transporting, refining and burning.Trans Canada pipeline (KXL) will produce 190 million tons ghg emissions a year. The Trudeau government heralded measures to offset this fossil fuel expansion: Canada coal free saves 5 million tons ghg, $50.00 ton carbon tax reduces CO2 by 18 million tons, burning low carbon fuels reduces ghg emissions 30 million tons for a total reduction of 53 million tons ghg. This to offset 315 million tons ghg emissions from just the two mentioned projected pipelines. This does not include other fossil fuel projects like the Petronas LNG project that failed because the company withdrew, not because the government rejected the plan. They were approving a project which would add another 70 million tons ghg emissions to the atmosphere. Trudeau , in 2015, promised a revamping of the National Energy Board assessment process. Instead we got a 3 member ministerial panel which was a sham of a public consultation. A panel with no authority to make recommendations, no video livestream, no stenographer, no translators or repository for documents from the consultations, no ability to test contradictory evidence....in short no investigative powers, scientific expertise or resources. Who chaired this panel? Jim Baird, an oil and gas lobbyist. Natural Resources Canada extolled the virtues of bitumen pipelines (2016) . Robyn Allan, former head of ICBC and senior economist for B.C. Central Credit Union said this memo was ...."riddled with factual and analytical mistakes." There is no upside to the Trudeau government approach to the fossil fuel industry. Liberal M.P. for north Vancouver Jonathan Wilkinson said of his government's approval for Trans Mountain pipeline, that the approval was subjected to a very rigorous process, that environmental protections were in place, that our Paris ghg commitments were achievable and that id would take decades to get off fossil fuels. Wrong on all accounts. Canada is being locked into 50 years of massive ghg emissions, vastly overwhelming our Paris ghg commitments.This government pays lip service to responsible environmental policies and turns around and promotes fossil fuel expansion, all the while breaking promises to the Canadian public.

Scientists at NRC's Canadian Forest Services predict that the forest area annually burned in Canada (around 2.5 million hectares) is likely to double by the end of this century because of warmer temperatures expected as a result of climate change. It is already twice the average area burned in the early 1970's, resulting in large emissions of carbon.
(source: www.nrcan.gc.ca/forests/climate-change/13085)
Between 2004 and 2014, GHG emissions from "natural disturbances" (e.g. wildfires, insect infestations, melting permafrost, soil degradation, drought, etc) released on average 19.45 Mt (CO2 eq) to the atmosphere. It went from a peak of 78.3 Mt (source) in 2004 to a low (sink) of -41.6 Mt in 2008.
(source: www.nrcan.gc.ca/forests/report/disturbance/16552)
Over the last century, and especially in the last few years, Canada's forests have become a "net carbon source". As Canada's forests were starting emitting more carbon than absorbing carbon, the federal government (under Mr. Harper) decided not to take into account GHG emissions resulting from "natural disturbances" in its annual "National Inventory Report on GHG Sources and Sinks". The present federal administration went even further by proclaiming in its biennial report on Canada's GHG emissions to the UNFCCC: " Canada has indicated that is accounting for managed forests towards its emissions reductions target will exclude the impacts of natural disturbances because these impacts are non-anthropogenic."
(source: Canada's "Second Biennial Report submission to the UNFCCC", April 2016, section 5.1, footnote)
Managed forests in Canada covers 2/3 of Canada's total forest area. In some years, most of the wildfires are located in the unmanaged forest area of Canada.
In 2015, a total of 7,066 forest fires burned about 3.9 million hectares. While the number of fires was slightly above its 10-year average, the area burned was about 50% above the 10-yer average. About 45% of the total forest area burned in 2015 was in Saskatchewan.
(source: www.nrcan.gc.ca/forests/report/disturbance/16392)
Werner Kurz, a senior research scientist at the Canadian Forest Service and head of its accounting team, estimates that for every hectare of forest land consumed in a fire, about 170 tons of carbon-dioxide-equivalent (CO2 eq) is emitted, because they actually include not only carbon dioxide but also methane and nitrous oxide , two very potent GHG. In the case of the Fort McMurray fire, he estimated that this fire by itself probably released around 85 million tons CO2 eq into the atmosphere (more than 10% of Canada's total emissions).
Another expert, Mike Flanagan of the University of Alberta, thinks that the 85 million tons estimate might even be a little low, because of the carbon-rich peat in the area. Peat fires are difficult to extinguish and can burn for months, even burning throughout the winter under the snow layer. Deep-burning peat fires have the potential for even higher emissions, as the carbon density of peat increases exponentially with depth. It took more than a year to finally extinguish the Fort McMurray fire.
The Trudeau administration is not only plagued by a lack of transparency regarding its climate change and emissions reductions policies, but it is intentionally playing with numbers, showing reduction of emissions where they are in fact growing (e.g. emissions from forests fires, methane leaking from gas and oil production). Canada is not only one of the biggest laggard regarding its international commitment to fight climate change, its present administration (and precedent administrations) is also lying to its own citizens and the rest of the world about the real extent of Canada's GHG emissions. SHAME!