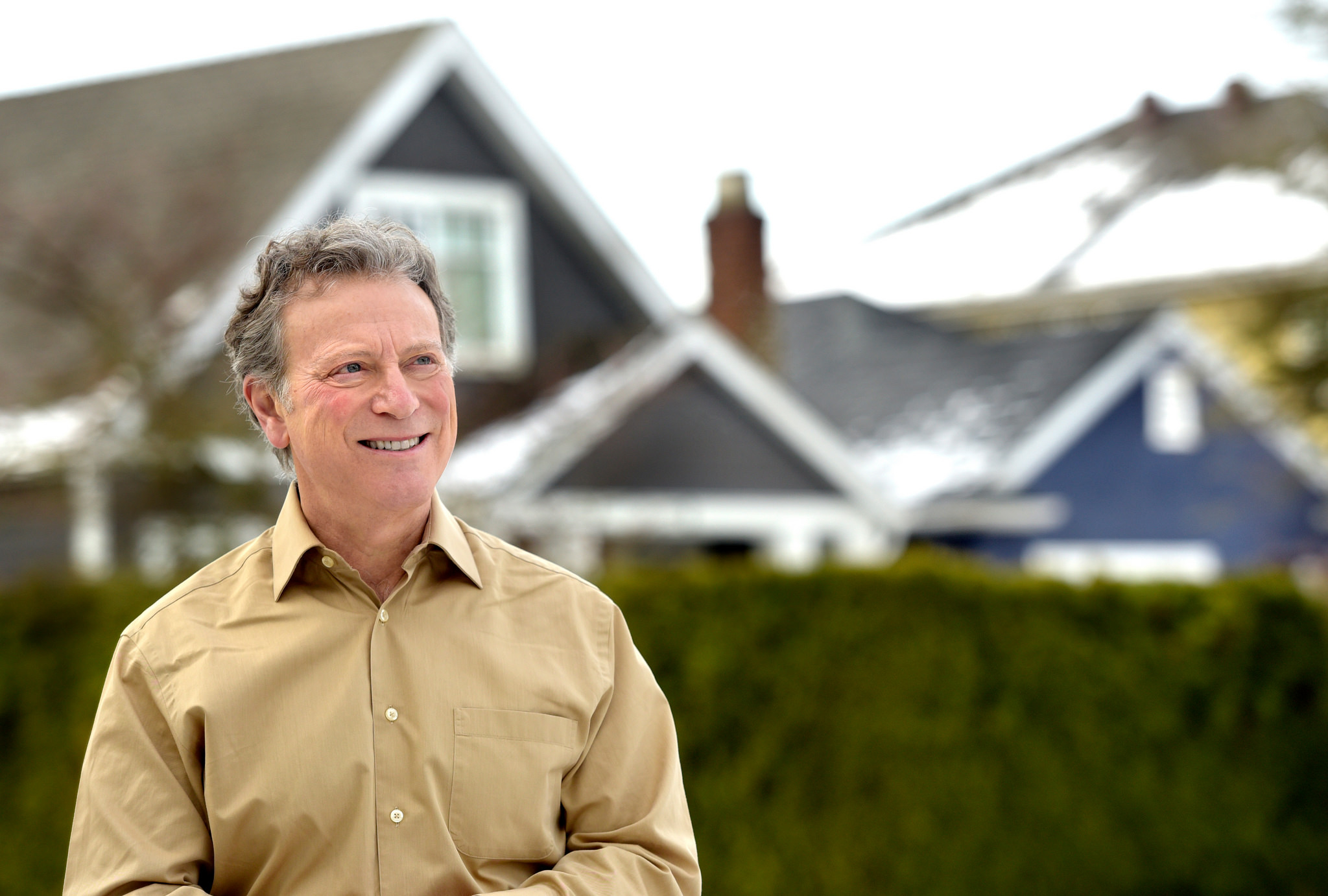 B.C. Environment Minister George Heyman sent a Nov. 1, 2017 letter to federal ministers and the head of the federal energy regulator urging them to crack down on Kinder Morgan. Photo supplied by BC NDP
Previous story
Next story

The B.C. government has sent a personal appeal to members of Prime Minister Justin Trudeau's cabinet, calling for more cooperation in enforcing the law and cracking down on alleged violations perpetrated by pipeline operator Kinder Morgan.

The letter, reviewed by National Observer, was sent as Kinder Morgan presses the federal regulator to short-circuit a process for provincial and municipal permits.

The company believes the existing process could cause serious and costly delays to the project or even its cancellation. Kinder Morgan has also defended its recent actions explaining that they were aimed at protecting the environment.

Heyman said that Kinder Morgan's behaviour, including the recent construction activity that was halted when the NEB ordered the company to stop, requires federal and provincial authorities to place more scrutiny on the company.

"Knowing your legal obligation to protecting and preserving the natural environment, I am interested in understanding what further actions are being contemplated by your agencies to ensure the natural environment is appropriately protected as a result of this violation having occurred and what actions are being taken to prevent similar occurrences in the future," wrote Heyman in the letter to Watson and the federal ministers.

Although the federal government has approved the Trans Mountain expansion, the company must respect 157 conditions to proceed with the project, including requirements that they get permission for proceeding with different steps of construction. The company must also respect provincial and municipal approval processes.

But the NEB, which has powers of a federal court, could remove the constitutional powers of the provincial and municipal governments to grant or refuse permits if it agrees with Kinder Morgan's arguments.

Kinder Morgan has maintained it is acting in good faith with agencies and regulators to build its project safely. It filed its appeal to the NEB in late October, urging it to overrule municipal by-laws in Burnaby because it believes the city is deliberately trying to use its bureaucracy to block the project — an allegation that the city has denied.

The company has also indicated that its original plan to complete the project by the end of 2019 is facing delays of up to nine months.

The oil-producing provinces of Alberta and Saskatchewan have called on the NEB to expedite the approval process, although Saskatchewan Justice Minister and Attorney General Don Morgan has asked for more time to prepare arguments on the matter before the province presents them to the federal regulator.

The Trans Mountain expansion, if built, would triple the capacity of an existing pipeline network allowing it to transport up to 890,000 barrels of crude oil from Alberta's oilsands producers to the west coast in B.C. Supporters of the project say that it would lead to jobs and growth for Canada's slumping oilpatch, while opponents, such as B.C., say it is too risky and would cause harm to both the environment and the economy.

In an interview, Heyman told National Observer that B.C. has also deployed its own staff from two different agencies responsible for environmental assessments and oil and gas regulations to investigate recent allegations against Kinder Morgan.

The NEB has said that the company appeared to have violated federal law when it deployed special mats on seven streams along its pipeline route to keep salmon and other fish species away from spawning areas. The NEB said that Kinder Morgan didn't have the required approvals to begin these activities.

Kinder Morgan has defended its actions, saying that its efforts were aimed at protecting spawning fish from zones that would be affected by construction. It has also confirmed that it didn't remove previously installed mats, but would only do so at an "appropriate time" after the spawning period for the fish.

"The use of spawning deterrents ahead of migration periods has proven to be a very effective mitigation measure to avoid harm to fish, and was one tool Trans Mountain was utilizing as part of our commitment to build the Project in a way that minimizes impacts to the environment," the company told National Observer in a statement.

"We have withdrawn our request to the NEB to install the additional mitigative measures for the protection of fish this fall as we have determined that the window for them to be effectively installed has passed. We will be re-assessing these specific water-crossings and determining if we need to adjust our construction methodologies to meet our commitments to minimize environmental impacts."

Heyman expressed concerns that the activity could do more harm then good.

“Kinder Morgan is in such a rush that the National Energy Board actually had to order them to stop laying down the anti-spawning mats in different waterways in British Columbia," Heyman said in the interview.

“We all believe that salmon, steelhead and trout are important species in a whole bunch of ways and we want to find out what the federal government is doing to ensure that there weren’t adverse impacts from Kinder Morgan’s activity and what actions they’ll take to prevent similar occurrences in the future. We think compliance and enforcement activity needs to take place and to that end, officials from the Environmental Assessment Office and the (BC) Oil and Gas Commission have gone to inspect those sites (on Thursday) to see what actually took place and to determine if any damage was done.”

'This matter is not closed'

In an affidavit filed with the NEB on Oct. 26, Michael Davies, a company vice-president, accused the City of Burnaby of deliberately delaying approvals to block the project and said that this could cost the company losses of up to $90 million per month and risk resulting in a "failure of the project."

Kinder Morgan subsequently told the regulator in a letter sent by its lawyer that it could no longer "tolerate further delay" on its project.

NEB spokeswoman Sarah Kiley confirmed that the regulator had received Heyman's letter, noting that its investigation into allegations against Kinder Morgan is ongoing.

"The NEB is still investigating this issue and is considering additional enforcement measures, as appropriate," Kiley said. "This matter is not closed."

LeBlanc's spokeswoman, Laura Gareau, also confirmed that the federal fisheries minister had received the letter and that staff from his department were "working closely" with the NEB to follow up.

Carr's spokesman Alex Deslongchamps noted that the NEB was responsible for supervising "all elements of the project" and that it was working with Kinder Morgan to address the work that was done on the watercourses.

"The project will continue to be diligently monitored to ensure condition compliance."

Heyman said that the B.C. officials would continue to be fair in their ongoing assessment of Kinder Morgan's required provincial permits, but noted that the Horgan government remains opposed to the project.

“I think it’s reprehensible that Kinder Morgan acts as if they don’t have to follow the conditions in the permit that they received, notwithstanding the fact that we don’t think that they should have received that permit to proceed in the first place," Heyman said.

A visionary federal government would support Alberta by making major investments in transit, building retrofits, renewable energies, clean technologies, and community employment programs. This plan would not only create many more jobs and stimulate new industries, but would also result in less carbon emissions, and fewer chances of coastal spills, land contamination or deadly explosions. Permanent benefits would far exceed costs, and B.C.'s commercial fishing and tourism would be protected.

Because positive alternatives to propping up declining and polluting industries exist, neither B.C. nor Alberta need suffer. The federal government should initiate a Just Transition program that supports both workers and entrepreneurs in all regions as our economy quickly mobilizes to reduce reliance on fossil fuels. Leadership is about setting the conditions for a new economy, not ramming pipelines through provinces that reject them.

Larry....your message is a very good one, I think. I tend to let myself focus a lot on the hypocrisy and misinformation, browbeating and just plain divisive intimidation of the fossil fuel industry and the federal government. Your comments reveal a doable path for the country to take, looking after everyone's interests...I hope you are listening Justin. Thanks for this, Larry. Bill Eadie (Nanaimo,B.C.)

KM's "environmental" argument is perverse. They say they are "protecting fish" by laying down mats on spawning habitat to prevent spawning? Fish populations are not "protected" by preventing them from breeding! The KM action would only protect KM itself from being charged with killing fish - by ensuring in advance there will be no fish there! The Liberal government undertook to restore the federal Fisheries Act protections after Harper's legislative vandalism. The Fisheries Act - biologically intelligent - is to protect the habitat that sustains fish populations, not just the individual fish.

This corporate sophistry needs to be called out.