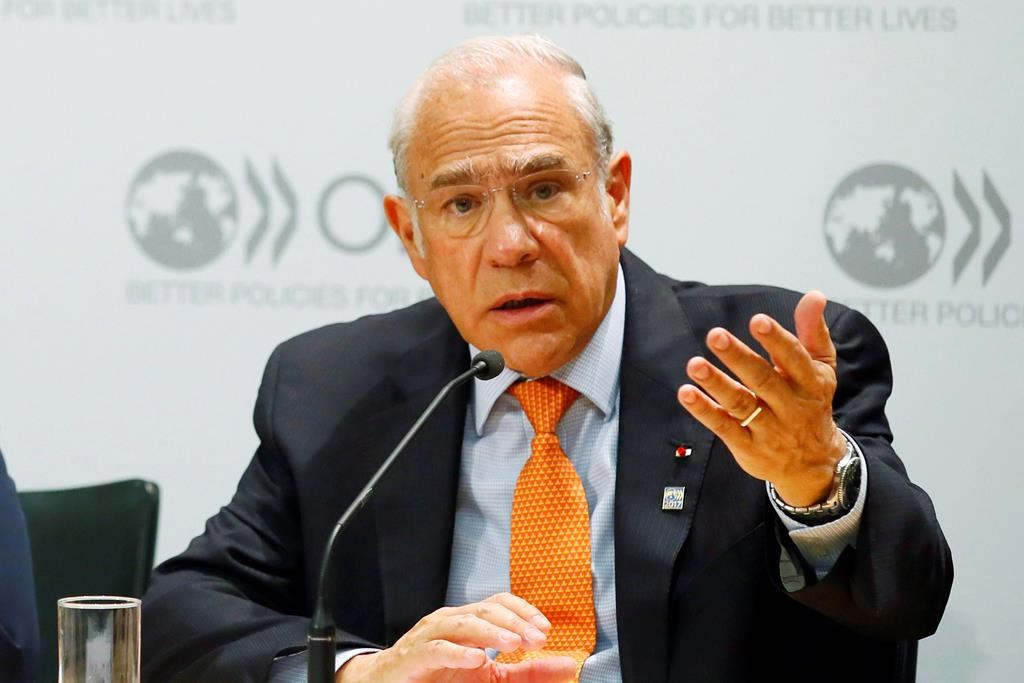 Secretary General of the Organisation for Economic Co-operation and Development (OECD), Jose Angel Gurria attends a press conference at the end of a forum at the OECD headquarters in Paris, on June 8, 2017. File photo by The Associated Press/Francois Mori
Previous story
Next story

To an international diplomat, the irony is painful — the country that promised action on climate change is falling behind while the country that has spurned a major treaty on the issue is making progress.

That's Canada and the United States, Angel Gurria, secretary-general of the Organization for Economic Co-operation and Development, said Wednesday.

"It's a bit of a paradox, here," Gurria told The Canadian Press. "In Canada, you have a situation where you have a very strong political will to reduce, but effectively it has not gone on the planned road.

Mark Johnson, a spokesman for Environment and Climate Change Canada, said Canada remains steadfast in its commitment to the Paris Agreement.

"Whether it's forest fires in Canada, drought around the world or some of the most powerful hurricanes in history, the evidence of climate change is all around us," he said in an emailed statement. "This reminds us all of the need to act now."

Gurria has high praise for Prime Minister Justin Trudeau and his Liberal government's strong vocal support for climate change. Gurria said Trudeau made a real contribution to reaching the Paris deal in 2015 in which 169 countries promised to reduce their emissions enough to keep global warming under two degrees Celsius.

But when the signatories get together next year to take a look at each other's progress, Canada may not be so much in evidence.

"While at the same time, the local situation is showing that speed of reduction is not as fast as one would have wanted."

Gurria said Canada's international promises suggest that by this time, emissions should have fallen by 17 per cent from 2005 levels. Instead, the drop has been more like two per cent.

Meanwhile, despite U.S. President Donald Trump's intention to walk away from the Paris accord, U.S. greenhouse gas emissions continue to fall, albeit slightly.

In his speech, Gurria lamented short-term and short-sighted thinking that doesn't get beyond the next quarterly report, election cycle or political border.

"We're doing everything in the opposite way. This is a problem worldwide."

However, Johnson insisted Canada is well-positioned to act quickly and take a leadership role through the Pan-Canadian Framework on Clean Growth and Climate Change, which identifies actions that will help exceed the greenhouse gas emissions reduction target of 30 per cent below 2005.

Gurria said the OECD — comprised of 35 member countries and intended to stimulate progress and world trade — is aware of political developments in Alberta where the United Conservative Party's new leader Jason Kenney is promising to eliminate the province's carbon tax.

The country that promised

The country that promised action on climate change (Canada) is falling behind while the country that has spurned a major treaty on the issue (U.S.A.) is making progress. Wake Up Canada !!!!!