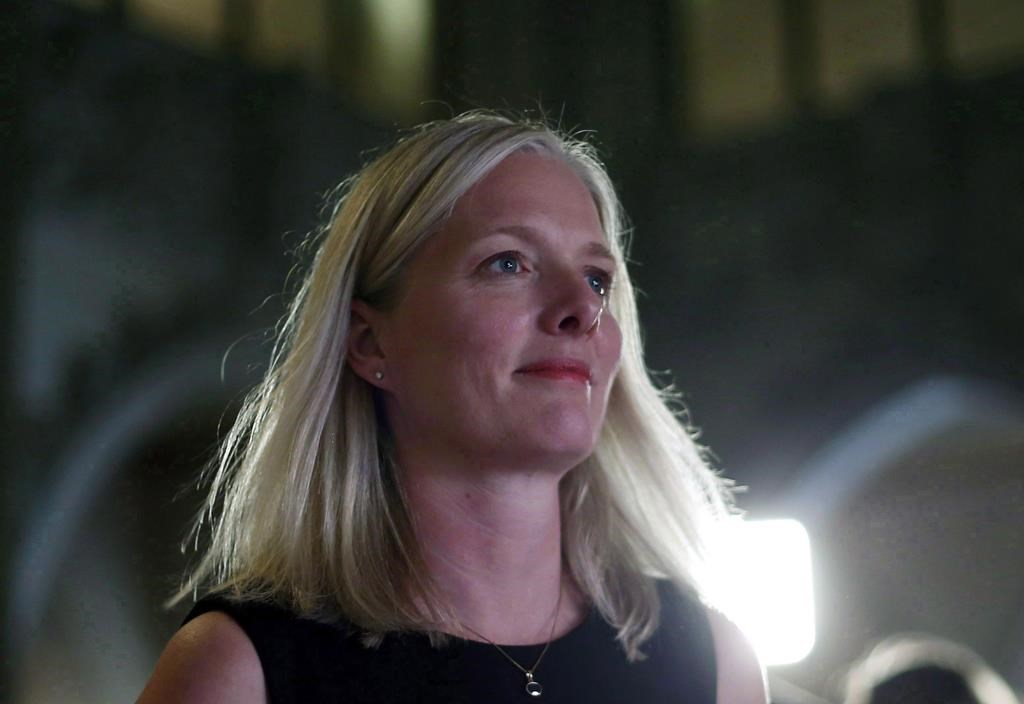 Environment Minister Catherine McKenna concludes a media availability as she makes her way to the House of Commons on Parliament Hill in Ottawa on May 18, 2017. File photo by The Canadian Press/Fred Chartrand
Previous story

There was no shortage of reaction from social media users on Saturday to Environment Minister Catherine McKenna's decision to call out a conservative site that had repeatedly referred to her as "climate Barbie."

McKenna received hundreds of messages of support from citizens and fellow politicians after she pushed reporter Christopher Wilson during a news conference for a commitment that The Rebel will stop using the term in its articles and on social media.

Liberal MP Seamus O'Regan and NDP MP Nathan Cullen were among several politicians who congratulated McKenna on Saturday for taking a stand against what Cullen called misogynistic language.

Paul Dewar, the former NDP MP who lost his seat to McKenna in the last election, also tweeted support for his former rival and criticized those who use "demeaning language."

The exchange occurred as Wilson asked McKenna a question about hydroelectricity at a news conference in Vancouver on Friday.

Wilson eventually replied that he would not personally use the name but did not have editorial control over others.

The exchange drew a flood of Twitter messages, many from people thanking McKenna for having the courage to standing up to sexist language.

"Bravo @cathmckenna for calling out the misogyny. Keep doing it for you, your girls, and all of us. Sincere thanks. #braveandstrong," wrote one Twitter user.

But not all the response on social media supported McKenna.

Some, including The Rebel founder Ezra Levant, took to Twitter to defend the use of the nickname and continued to use it repeatedly.

Some of the critics accused McKenna of using derogatory language herself by describing those who doubt climate change as "deniers" -- a word commonly used to describe those who doubt the Holocaust.

Wilson, who had initially told McKenna he wouldn't personally use the Barbie nickname any more, appeared to have reconsidered when he took to Twitter after the exchange.

"Our Alberta bureau chief coined the phrase "Climate Barbie", a reference to McKenna's shallowness. She did not disprove that tonight," he wrote in a Twitter post on Friday.