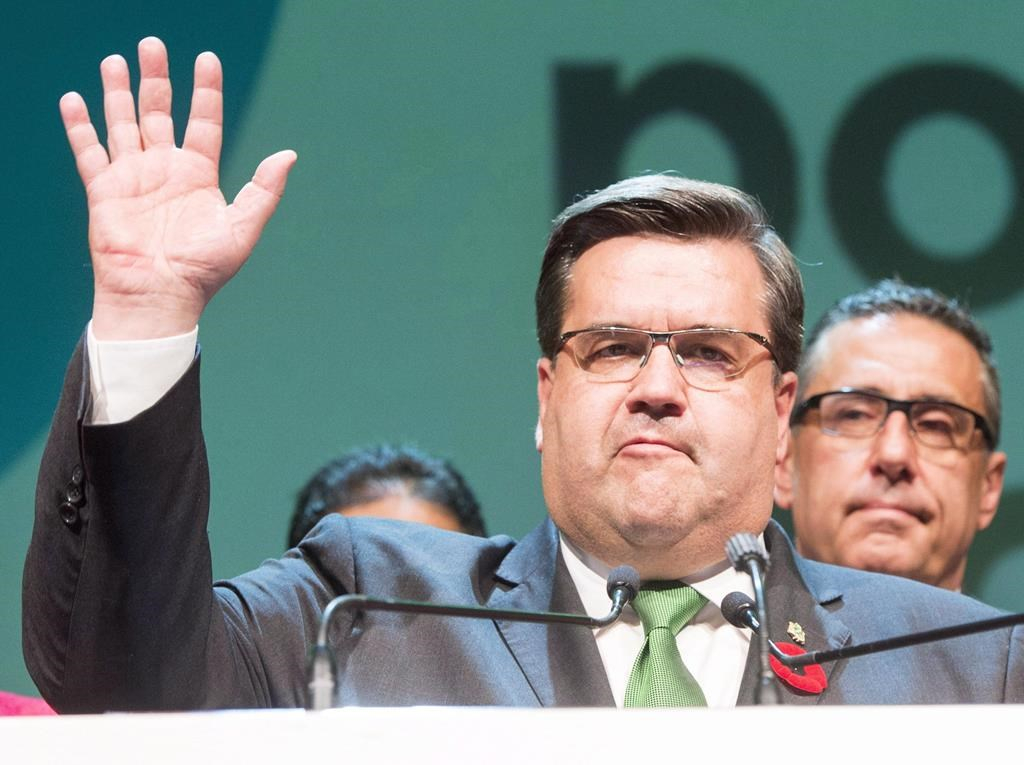 Denis Coderre says he has already moved on from asking himself why he lost Montreal's mayoral election and that he is comfortable with his record in office.

"It may sound pretentious, but I don't have any regrets," he said Wednesday in his first remarks to reporters since his stunning defeat by Valerie Plante on Sunday.

"When you take decisions, you live with it. And there is a purpose for that. You win some, you lose some. So the batting average is not bad."

Coderre, who had announced in his concession speech the night of the vote he was leaving municipal politics, said he has no immediate future political plans and intends to take a few weeks off to reconnect with family.

He said he was "delighted" with his spell as mayor.

"We know that the people always have the final word and we have to respect that but I feel that for the last four years, our administration was so dedicated," Coderre noted. "We've done in four years what we could have accomplished in 15.

"Of course we can be disappointed in the results...But the most important thing is how Montreal is (today), and Montreal is amazing."

The former Liberal MP and cabinet minister, who was elected mayor in 2013, campaigned largely on his record.

He was criticized for spending millions on showy projects to celebrate Montreal's 375th birthday, and drew the ire of dog lovers when he introduced legislation last year to ban pit bulls from the city.

Coderre, 54, tried to play up Montreal's booming economy and his efforts over the past four years to rid the city of the corruption stench that permeated from the previous administration.

He managed to increase his share of the popular vote from his 2013 score, but still fell short against Plante, 43, the first woman to be elected Montreal mayor.

While pundits and even members of the party that bears his name have weighed in on the campaign and his platform, Coderre said it was far more simple.

The veteran of some 11 election campaigns chalked it up to voters not wanting what his team was pitching and preferring to go with someone else.

"We can't ask why? why? why?," said Coderre. "I think what's important is to look at the facts and move on."

Despite his defeat, Coderre says he remains just as optimistic about Montreal's future and maintains he wants it to remain an influential player on the provincial, federal and international level.

Coderre also weighed in on a number of topics in his final sortie as mayor. Plante will be sworn in Nov. 16.

On the future of Major League Baseball in Montreal:

"The dream is still there...I think that Montreal is a city of multi sports and baseball is one of them. If we really want to bring back the Expos, the mayor will have to get involved. It's not just to say we will have a referendum and that's it. And she said that she loves 'Nos Amours.' OK, we need to show it. I feel that at the end of the day, Montreal should have never lost their team. Of course I'm going to be there to get involved too. I'm not going to sit on my hands."

On how he's feeling after losing:

"I feel proud, I feel humbled, I feel privileged," Coderre said, fighting back tears. "Sitting at the place where Jean Drapeau was there — you're going to make me cry now — it was a great moment for me, personally, and to be there as an actor of change, to make a true difference in people's lives? Thumbs up."

On his proudest achievement:

"That people are back together. That it's not anglophone, francophones, allophones — it's Montrealers."

On any advice for Plante:

On political future and what his plans are:

"No, not at all," when asked about a provincial run or return to the federal political arena. "Going to take a break. It's the first time I'll be able to go on vacation without my phone ringing. That's interesting."

Why he's optimistic about Montreal's future:

"Montreal is one of the greatest cities in the world because of its people. It's not because of individuals."

Charm offensive: Montrealers to choose a mayor on Sunday in era of prosperity